Legendary music producer Quincy Jones hurled a series of attacks against President Donald Trump and his supporters in a lengthy interview with Vulture published Wednesday, claiming that he once dated the president’s daughter Ivanka Trump.

“I used to date Ivanka, you know,” Jones told the outlet in response to a question about racism and Trumpism.

“Yes, sir. Twelve years ago,” the music mogul explained. “Tommy Hilfiger, who was working with my daughter Kidada, said, ‘Ivanka wants to have dinner with you.’ I said, ‘No problem. She’s a fine motherfucker.'”

“She had the most beautiful legs I ever saw in my life. Wrong father, though,” Jones said of Ivanka and President Trump.

The interview saw the 27-time Grammy-winner hurl one explicative-laden swipe at Trump after another.

Asked what “stirred everything up” racially in America, Jones said, “It’s Trump and uneducated rednecks. Trump is just telling them what they want to hear. I used to hang out with him. He’s a crazy motherfucker. Limited mentally — a megalomaniac, narcissistic. I can’t stand him.”

“He doesn’t know shit,” Jones said of President Trump, after being asked if he believes his friend Oprah Winfrey would be a good president. “Someone who knows about real leadership wouldn’t have as many people against him as he does. He’s a fucking idiot.” 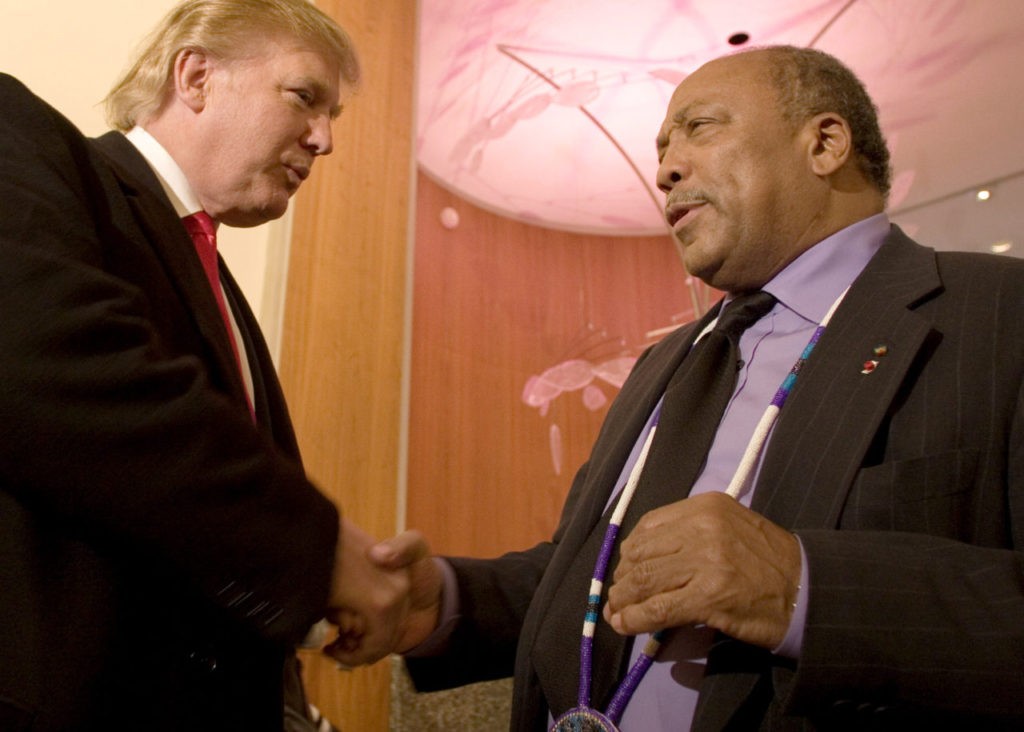 Business man Donald Trump and musician Quincy Jones shake hands during a recess in the second day of the Pennsylvania Gaming Control Board Hearings at the Pennsylvania State Museum in Harrisburg Tuesday Nov. 14, 2006. (AP Photo/Daniel Shanken)

Elsewhere in the interview, Jones suggested that Hillary Clinton’s secrets cost her the election.

“I was around the White House for eight years with the Clintons,” he said, later adding that so many people dislike like Hillary “because there’s a side of her — when you keep secrets, they backfire … I know too much, man.” 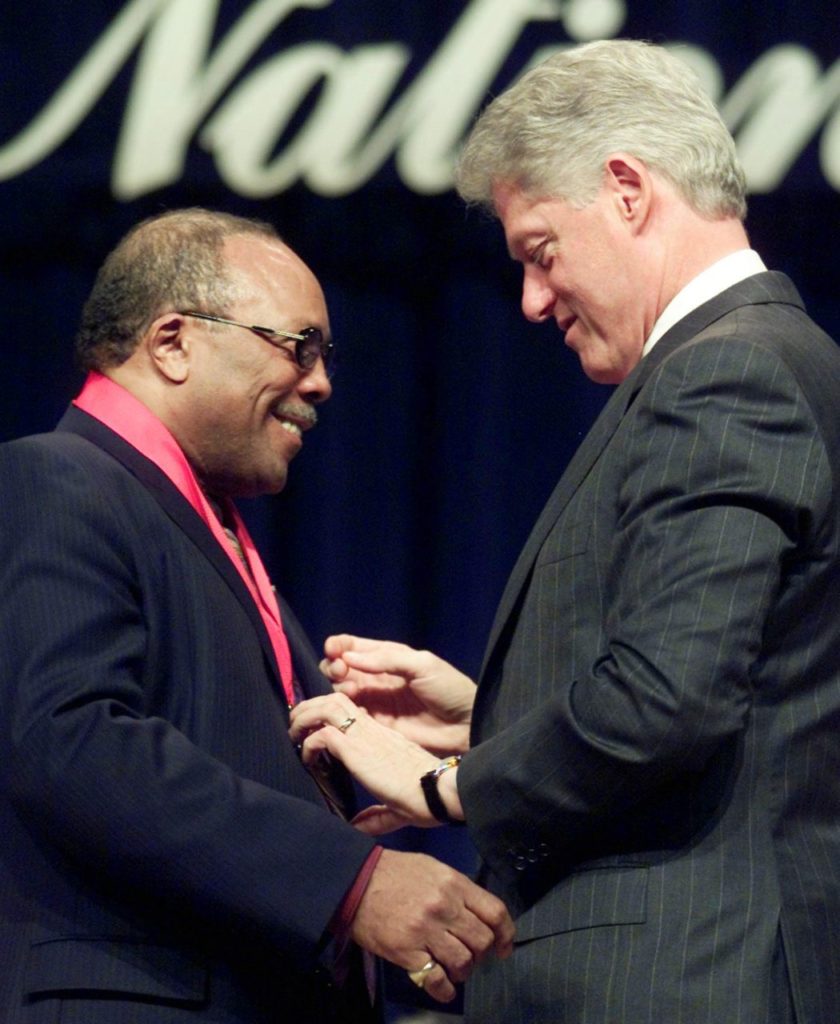 Speaking briefly about the wave of sexual assault and misconduct allegation against some of Hollywood biggest actors and executives, the 84-year-old Jones said, “Feminism: Women are saying they’re not going to take it anymore. Racism: People are fighting it. God is pushing the bad in our face to make people fight back.”

“Women had to put up with fucked-up shit. Women and brothers — we’re both dealing with the glass ceiling,” Jones said, adding, “It was all of them. Brett Ratner. [Harvey] Weinstein. Weinstein — he’s a jive motherfucker. Wouldn’t return my five calls. A bully.”

Asked about Bill Cosby, who’s been accused of assault by several women, Jones said, “We can’t talk about this in public, man.”

Jones also said Oprah Winfrey shouldn’t run for president because “she doesn’t have the chops for it.”