Quentin Tarantino issued an apology on Thursday to Samantha Geimer, the woman who was raped by director Roman Polanski in 1977 when she was 13 years old, after having previously suggested that Geimer “wanted” to have sex with Polanski at the time and that the incident should not have been considered rape.

“I want to publicly apologize to Samantha Geimer for my cavalier remarks on ‘The Howard Stern Show’ speculating about her and the crime that was committed against her,” Tarantino said in a statement, according to TheWrap.

“Fifteen years later, I realize how wrong I was. Ms. Geimer WAS raped by Roman Polanski,” he added. “When Howard brought up Polanski, I incorrectly played devil’s advocate in the debate for the sake of being provocative. I didn’t take Ms. Geimer’s feelings into consideration and for that I am truly sorry. So, Ms. Geimer, I was ignorant, and insensitive, and above all, incorrect. I am sorry Samantha.”

In a 2003 interview with Howard Stern that resurfaced this week, Tarantino was asked how Hollywood could continue to support Polanski after he was convicted of statutory rape. Polanski later fled the country while awaiting sentencing, and has remained in Europe to avoid extradition.

“It was statutory rape…he had sex with a minor. That’s not rape,” Tarantino told Stern at the time. “To me, when you use the word rape, you’re talking about violent, throwing them down—it’s like one of the most violent crimes in the world. You can’t throw the word rape around. It’s like throwing the word ‘racist’ around.” 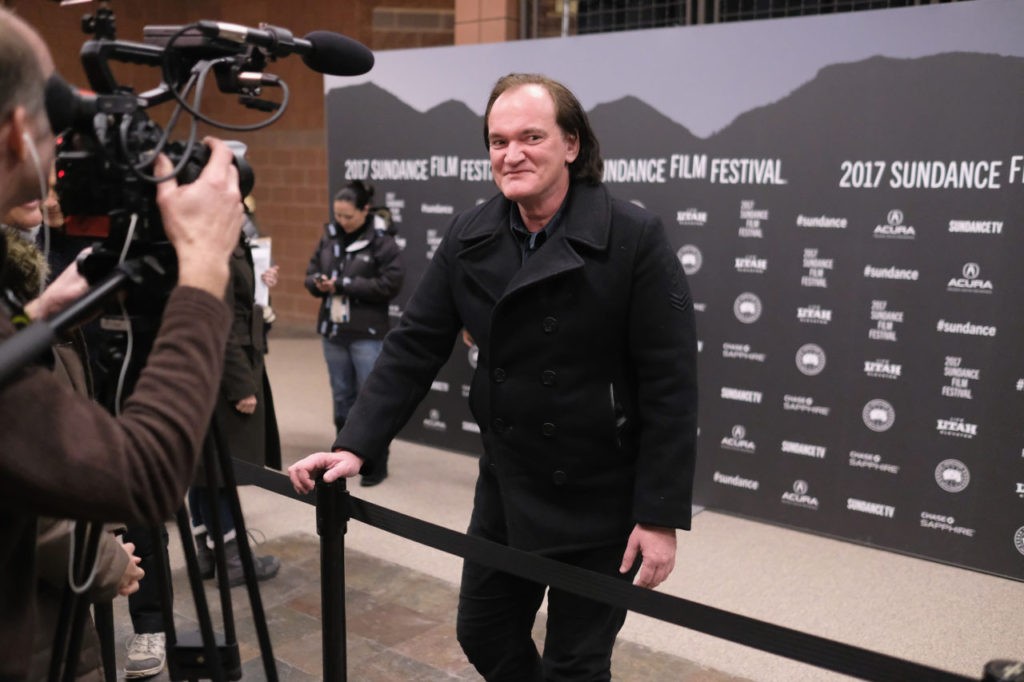 Tarantino had already come under fire this week for a New York Times article in which actress Uma Thurman accused the director of ignoring her wish not to do a dangerous stunt during the production of the 2003 film Kill Bill.

Thurman, now 47, told the Times‘s Maureen Dowd that she’d accused Tarantino of “trying to kill [her]” after a dangerous driving stunt went wrong during filming and Thurman was severely injured in a car crash.

The director told Deadline this week that he considers the incident to be “one of the biggest regrets of [his] career.”

Still, Tarantino faced backlash from some in the film industry, including from fellow director Judd Apatow and actress Jessica Chastain, who took to their Twitter accounts this week to blast the filmmaker.

“Directors inserting themselves into a scene depicting abuse is crossing a boundary. How can an actor feel safe when your director is strangling you?” Chastain wrote, referring to claims that Tarantino did some of the abuse stunt scenes in Kill Bill himself.

I keep imagining Tarantino spitting in Uma's face and strangling her with a chain for KILL BILL. How many images of women in media do we celebrate that showcase abuse? When did this become normalized 'entertainment'?

Tarantino also ignored Daryl Hannah’s complaints when she was harassed by Harvey Weinstein.They kicked her off the press tour.Nobody helped her. And now Tarantino is going to make a movie about Polanski. Why is someone financing this? This is why Weinstein wasn’t stopped. $$$$ https://t.co/WlSVFEoVN4

Tarantino is currently working on his ninth feature, a late-1960s-set period piece that reportedly involves elements of Charles Manson and the murder of Sharon Tate, the actress — and Polanski’s then-wife — who was murdered at 26 years old in her California home while she was eight months pregnant.

The project will be Tarantino’s first film not produced by Harvey Weinstein, after the Miramax founder was accused of repeated sexual misconduct and rape by dozens of women.

Sony ultimately spent $100 million to secure distribution of the film after a competitive bidding war between the major studios.