There is a whole lot to like about Marvel’s $200 million Black Panther, and almost as much not to like. For starters, director and co-writer Ryan Coogler does an A+ job of world building (more on this later). In addition, the soundtrack and score also deserve an A+. Then there are the actors, the best cast yet assembled in all of the Marvel Cinematic Universe (by far).

Black Panther is set in the fictional Wakanda, an idyllic country hidden in the heart Africa thanks to an alien metal called vibranium. This resource (delivered eons ago by way of a meteor) not only gives Wakanda the ability to disguise itself as a third-world country (and therefore remain blissfully ignored by the outside world), but to enjoy an extraordinary standard of living through the miracles of technology and science.

The real Wakanda looks like an African country — open markets, vibrant colors, the architecture, the love of long-held traditions… But if you look closer, everyone enjoys the lifestyle of a Silicon Valley billionaire.

Wakanda is ruled by King T’Challa (Chadwick Boseman), who is also known as the Black Panther. T’Challa is big on border security, believes Wakanda and Wakandans should come first, and fiercely protects his country’s culture from outsiders, including refugees. If this is all starting to sound familiar, it should. Also like President Donald Trump, T’Challa’s beliefs are not based on race. This is not a “black thing.” This is a culture/survival thing.

Even the progressive Nakia (Lupita Nyong’o) — a more-than-capable spy and the woman T’Challa still carries a torch for (can you blame him?) — does not argue for open borders, liberal immigration policies, and a massive influx of refugees. She merely wants to export vibranium to help mankind.

The arrival of Erik “Killmonger” Stevens (an underused Michael B. Jordan) puts all of these arguments on hold. Killmonger (such a great name) is a man with mad killing skills and a burning grudge against Wakanda. T’Challa might be the Black Panther, but Killmonger is a Black Panther in the Huey Newton-Bobby Seale 1960 black nationalist sense. Like the Black Panther Party, Killmonger was born in Oakland, California, and to him everything is a “black thing.” He wants the vibranium exported in the form of weapons to overthrow white people.

Still, Black Panther is not a movie about race, it is a movie about ideas and ideals, about our shared humanity. Our hero is not in favor of protecting ethno-nationalism, but rather a healthy form of nationalism.

If T’Challa is Trump, Killmonger is Black Lives Matter.

Did I just write that? 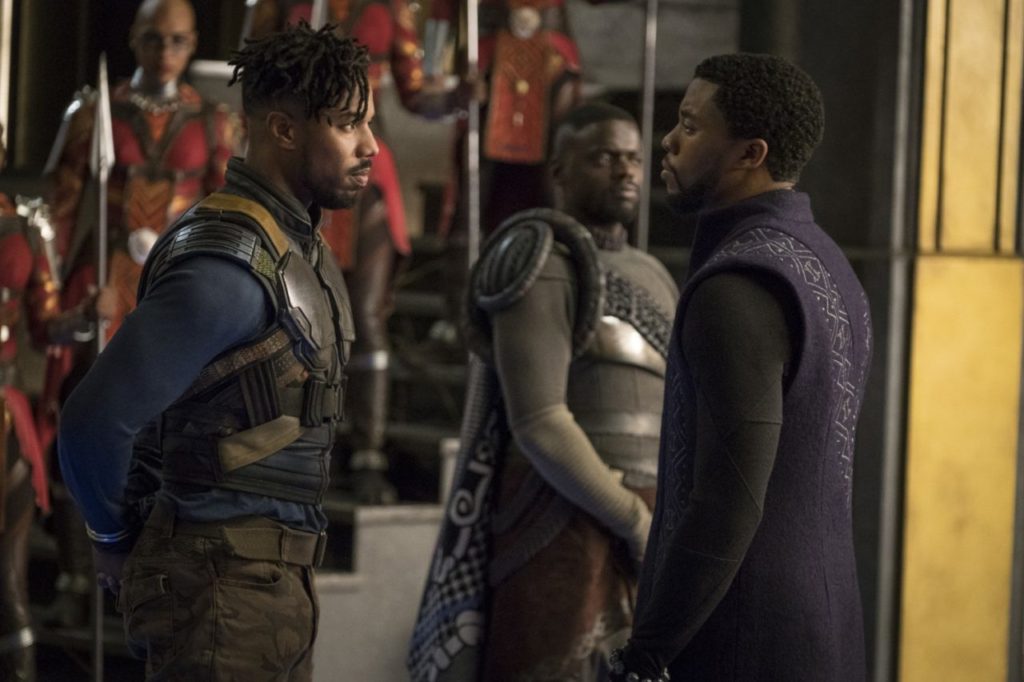 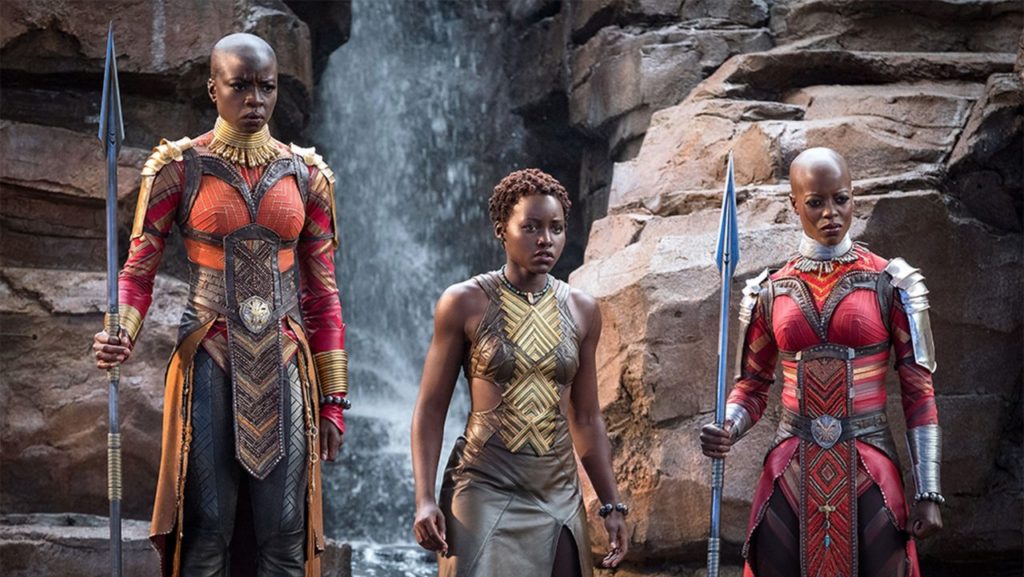 Black Panther also has a wonderful sense of humor.

For politically incorrect reasons, and for decades, a big complaint of mine has been Hollywood’s marginalization of black actors. I cannot tell you how many times, in some supporting role, I have seen a charismatic black actor or actress — one who would blow off the screen these metrosexual pretty boys and  shapeless forever-girls we’re being force fed  — and said to my wife, “Why in the hell is this person not in every movie ever made?”

Multiculturalism is a cancer. Diversity is code for “hire more leftists!” I hate all that stuff. What I love are movies and movie stars — masculine men, womanly women — and Black Panther is buried in movie stars — real movie stars. The women are sexy, the men are men, the talent and charisma overwhelming.

My only gripes, and they do matter, are the pacing and scope. You keep waiting for the story to take off, for the action to become spectacle, for the soar. Instead, the rollercoaster keeps climbing and climbing without ever reaching the top. The best action scene takes place in the first half hour, a car chase in Korea. After that, we are pretty much stuck on the plains of Africa with CGI’d actors fighting hand-to-hand.

We are also cheated. After we are made to fall in love with Wakanda, to share T’Challa’s desire to protect it, its people, its way of life, the investment fails to pay a dividend. Wakanda is never in any real danger, and this feels like a cheat.

Moreover, the action scenes are unimaginative, far from exciting or tense, like a computer-cartoon version of the battle scenes in Braveheart without the visceral moments. Except for the actors, Black Panther is lacking wows.

The actors, however, are worth the price of admission. And not just the film’s stars. The ageless Angela Bassett as the queen mother, the fierce and funny Danai Gurira as the king’s chief bodyguard, the endlessly charming Letitia Wright as T’Challa’s sister (and “Q”),  Forest Whitaker, Winston Duke… Even the white guys are great. Andy Serkis kills as a South African gangster and Martin Freeman’s reaction-acting is still the best around.

Black Panther is filled smart politics, imagination, and movie star charisma — all that is missing is a satisfying payoff.