Alec Baldwin will do everything in his power to ensure President Donald Trump does not win reelection in 2020.

The actor and Saturday Night Live Trump impersonator said as much in an interview with the Hollywood Reporter this week about his new ABC talk show and the future of his most famous impression, which he hinted might not last much longer.

“Every time I do it now, it’s like agony. Agony. I can’t,” Baldwin said of his Trump impression, which helped stave off SNL‘s ratings decline last year.

Baldwin added that any ten random people on the street would be more “ethically, morally, intellectually, and spiritually” qualified to lead the United States than Trump.

“I’ll vote for Mitt Romney. I don’t care. Anybody over this guy. It doesn’t matter,” Baldwin told THR. “We have to get rid of him. And that’s another project I’m working on. I was the keynote speaker at the Democratic Dinner in Iowa, and I’m gonna go do a couple more of those this year. My wife and I agreed that we’re gonna give it everything we have.” 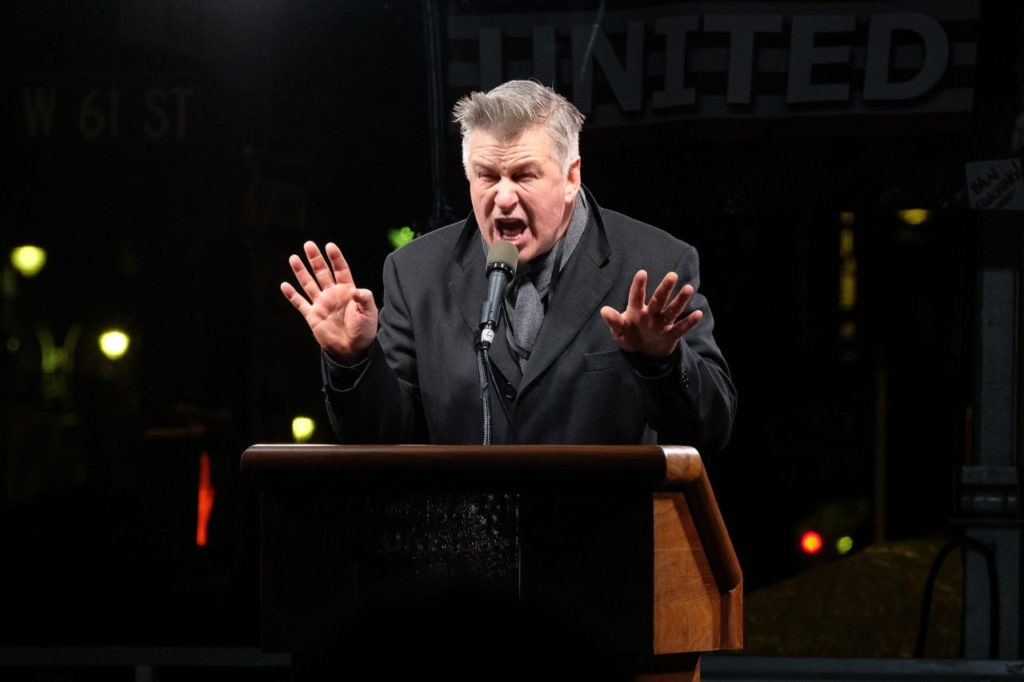 Baldwin has played Trump on ‘Saturday Night Live’ since before the presidential election in 2016. (NBC)

In the interview, Baldwin also weighed in on the #MeToo movement, explaining that he’d like to see “legal consequences” for those accused of sexual crimes, and particularly Harvey Weinstein. He also reiterated his support for Woody Allen, whom Baldwin maintains is innocent after the filmmaker was accused of abusing his daughter when she was a child.

“Someone’s gotta go to jail and prove that there are real consequences. Right now, no one has been prosecuted. Nobody,” he said. “Is that going to change, or are we going to stay in the realm where it’s just accusations and condemnations being played out in the press?”

Baldwin also discussed his new ABC talk show, which premieres this week nearly five years after his first foray into the television talk show world with MSNBC was cancelled after just five episodes. Baldwin said there had a been “serious difficulties” with his MSNBC show, calling it a “horrible marriage and just a really bad experience.”

“The watchword for me is ‘origins.’ I like to talk to people about their origins. How did they grow up, and how were they primed for this kind of work?” he said. “How did Jerry Seinfeld become Jerry Seinfeld? I think that’s inspiring for artists and performers. I want to get people on there who are political figures and talk about their origins, too.”