Jordan Peele snagged the Best Adapted Screenplay Oscar on Sunday for his hit horror film Get Out, a Hollywood-celebrated film in which the writer-director said the monstrous villain is white elite liberal racism.

“It was very important to me for this not to be about a black guy going to the South and going to this red state where the presumption for a lot of people is everybody’s racist there,” Peele told an audience after the film’s midnight screening last January. “This was meant to take a stab at the liberal elite that tends to believe that ‘We’re above these things.’”

Get Out, which hit theaters last February, follows a young black man Chris (Daniel Kaluuya) who is lured by his white girlfriend Rose (Allison Williams) to the suburb of her wealthy liberal parents, who subdue and scheme to take out the brains of well-heeled aging white people and put them in the bodies of black people. 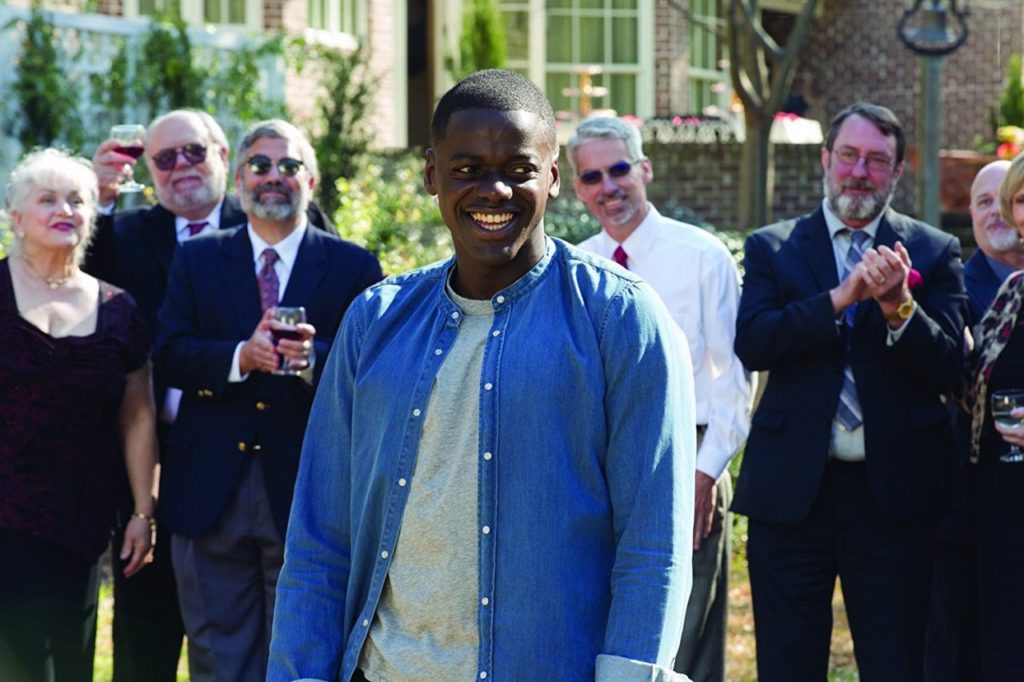 Daniel Kaluuya in Get Out (2017, Universal Pictures)

Bradley Whitford in Get Out (2017, Universal Pictures)

Peele — who, to be clear, is no diehard conservative Republican — said his Stepford Wives–inspired film was meant to expose what he called the “post-racial lie” that “we’re past” this “monster of racism,” a lie that Peele said doesn’t flow from “red states.”

The honor made Peele the first African-American filmmaker to win in the Best Original Screenplay category.

“I wanna dedicate this to all the people who raised my voice and let me make this movie,” the Comedy Central alum said in his acceptance speech.

On a budget of an estimated $5 million, Get Out has made a massive $250 million-plus worldwide cumulative gross.