Multi-hyphenate Hollywood singer-super-producer Donald Glover is a machine gun-toting prophet in his latest rap music video “This Is America.”

Donald Glover — who snagged a Grammy Award earlier this year under his music moniker Childish Gambino —  is seen strutting through a massive building shirtless and periodically shooting other black people, in an oddly choreographed fashion.

Following a cheerful synchronized dance routine with uniform-clad school kids, Glover catches an AK-47 and opens fire on a group of gospel singers. 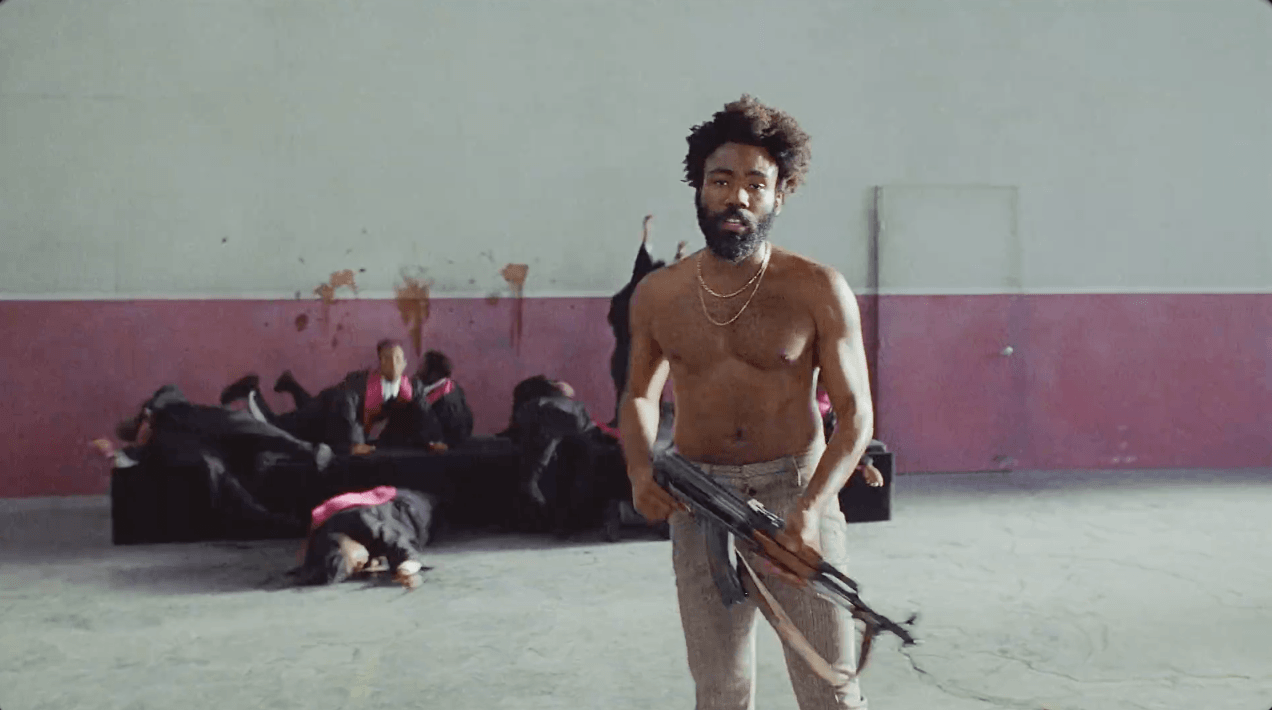 Childish Gambino music video for “This Is America,” YouTube 2018.

“Yeah, this is America. Guns in my area. I got the strap. I gotta carry ’em,” Glover rhymes:

This is America (skrrt, skrrt, woo)
Don’t catch you slippin’ up (ayy)
Look at how I’m livin’ now
Police be trippin’ now (woo)

The four-minute, which is being heralded by left-wing personalities like Keith Boykin and Shaun King, video is punctuated with Glover lighting what appears to be a joint and running away from a mob.

The 34-year-old Golden Globe-winner debuted the song (and video) over the Weekend during his hosting and guest starring appearance on Saturday Night Live.

The actor-rapper-comedian is set to make the red carpet rounds as he’s next to appear as Lando Calrissian in Solo: A Star Wars Story, which hits theaters May 25. Glover’s award-winning drama Atlanta is seeing solid viewership in its second season on FX.

While fielding questions in 2016 about his abrupt departure from the hit NBC comedy Community, Glover appeared to hope for the death of Donald Trump.

“I think every thing should have death clauses. Thank God, one day Trump is gonna die. That is guaranteed. That is awesome,” Glover said, while promoting his hit FX show. “It’s important that things end and … I’m glad things end because it forces things to progress. I get really frustrated in the world because I see a lot of things that could be better but aren’t better because things haven’t died yet.”