Bill Maher made the impeachment of President Donald Trump, attacking the president’s supporters and Trump’s wife and son, part of his return to TV on Friday night’s edition of Real Time.

“This is it. This is the year. This is 2020. This is where it has to happen, where we have to desperately get rid of this man,” Bill Maher said during his opening monologue. “He needs to be removed. There’s only three ways he goes: impeachment, election or fried chicken. And I don’t have faith in the first or the third, so we are going to have to make that happen.”

Elsewhere in his monologue, Maher, describing the looming impeachment trial in the United States Senate, saying “We know he’s gonna get acquitted. I mean trial? Please, we shouldn’t even use the word. It’s a few minutes of rope formularies followed by Trump getting off, or as Melania calls it: sex.”

The HBO host and Democrat party mega-donor also went after Donald Trump Jr. “Trump of course denies even knowing him,” Maher said of indicted Rudy Giuliani associate Lev Parnas. “He always does this,” Maher continued. “Someday I promise you Don jr. is gonna get indicted and Trump will say ‘I knew him very briefly. He was my son for a short period of time. I have my picture taken with a lot of people.'”

Maher’s first guest in his return to late-night, after taking two months off, was none other than House Speaker Nancy Pelosi (D-CA). “First of all thank you so much for waiting ’till we got back on the air before you started the impeachment,” Maher said to Pelosi, adding “that deserves a fist bump.” 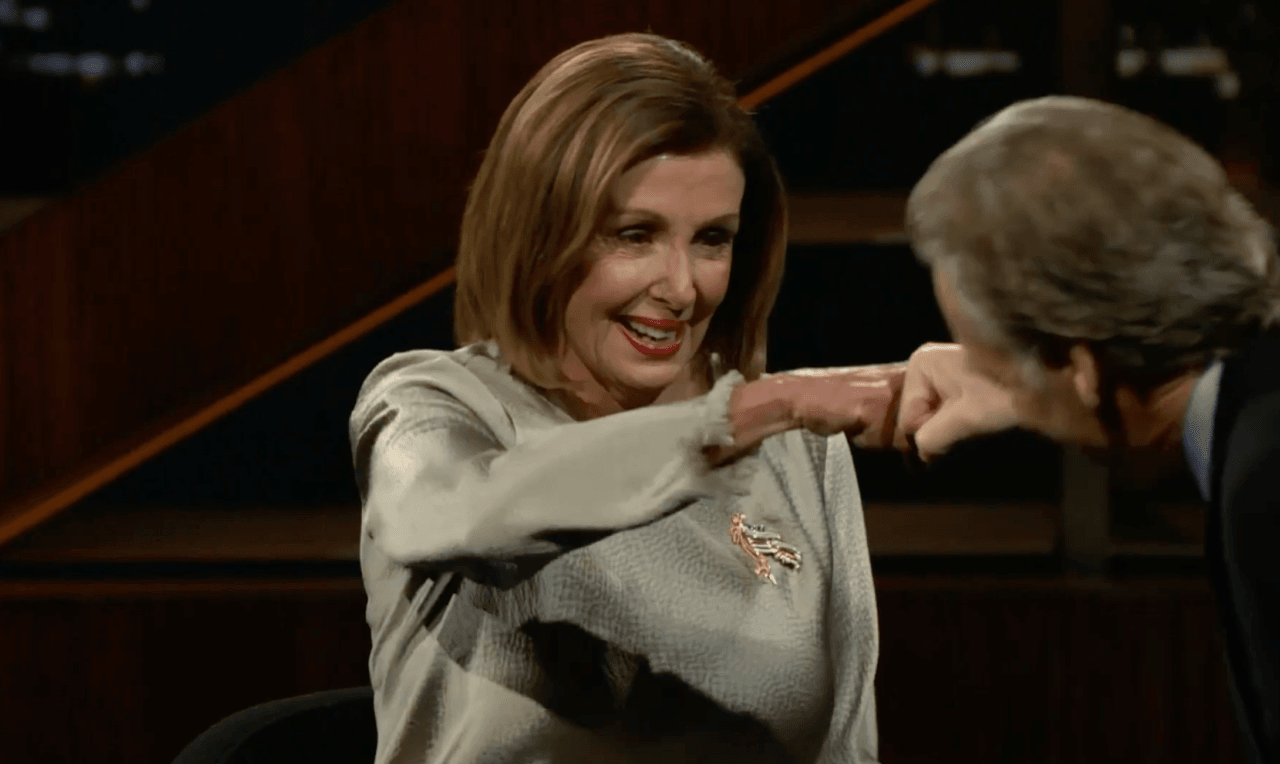 After celebrating Trump’s impeachment, Maher warned Pelosi about what could happen if her party is perceived as hating the president’s supporters.

“You can hate Trump, but you can’t hate [his followers],” said Maher. “That way lies civil war.”