“How could we have known?” she asked during an interview with the Hollywood Reporter, noting that Weinstein had raised money for the Obamas and other Democrats. “And of course, if all of us had known what we know now, it would have affected our behavior.”

But Hillary Clinton failed to mention in the interview that actress Lena Dunham and journalist Tina Brown claimed that they warned Clinton staffers of Weinstein’s behavior with women during her presidential campaign.

“I just want you to let you know that Harvey’s a rapist and this is going to come out at some point,” Dunham said she told Clinton’s Deputy Communications Director Kristina Schake, according to The New York Times. “I think it’s a really bad idea for him to host fund-raisers and be involved because it’s an open secret in Hollywood that he has a problem with sexual assault.” 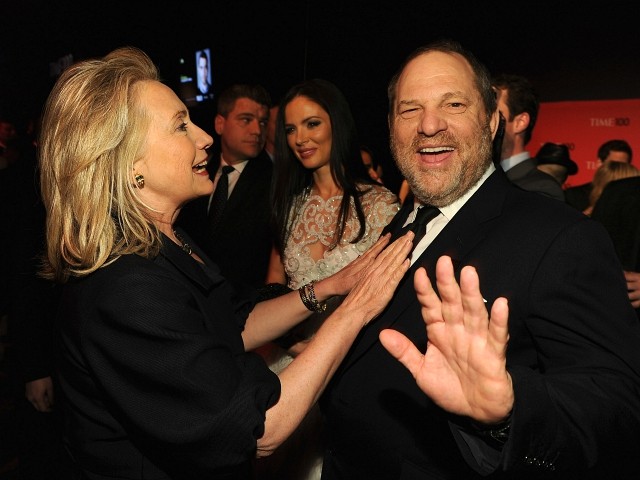 Brown said that she also sent a warning to the Clinton campaign.

“I was hearing that Harvey’s sleaziness with women had escalated since I left Talk in 2002 and she was unwise to be so closely associated with him,” she told the Times.

Clinton famously took five days to condemn one of her most famous donors after details of Weinstein’s alleged sexual assault were published by the New York Times in October of 2017.

Weinstein’s rape trial is currently underway in New York City and he was also charged for rape in Los Angeles earlier this month.