Most A-Listers stayed home from the 62nd Annual Grammy Awards this year, making the red carpet fairly quick and the fashion sparse.

Still, there were some total knockouts and major fails. Here, I break down the best and worst dressed from Sunday evening.

Songstress Lana Del Rey has become quite synonymous with the vintage glamour of the mid-1960s, a style that will last forever, lucky for her. In this beaded Aidan Mattox gown, Lana solidified why she is the queen of the cool kids as she revealed she picked the gown up while at her local mall and got it tailored.

That’s correct, the girl with the beauty queen updo and the best dressed of the evening literally bought her dress from Dillard’s for about $400. Isn’t this why we love Lana? What the other snobs disregarded as “off-the-rack,” she made work. 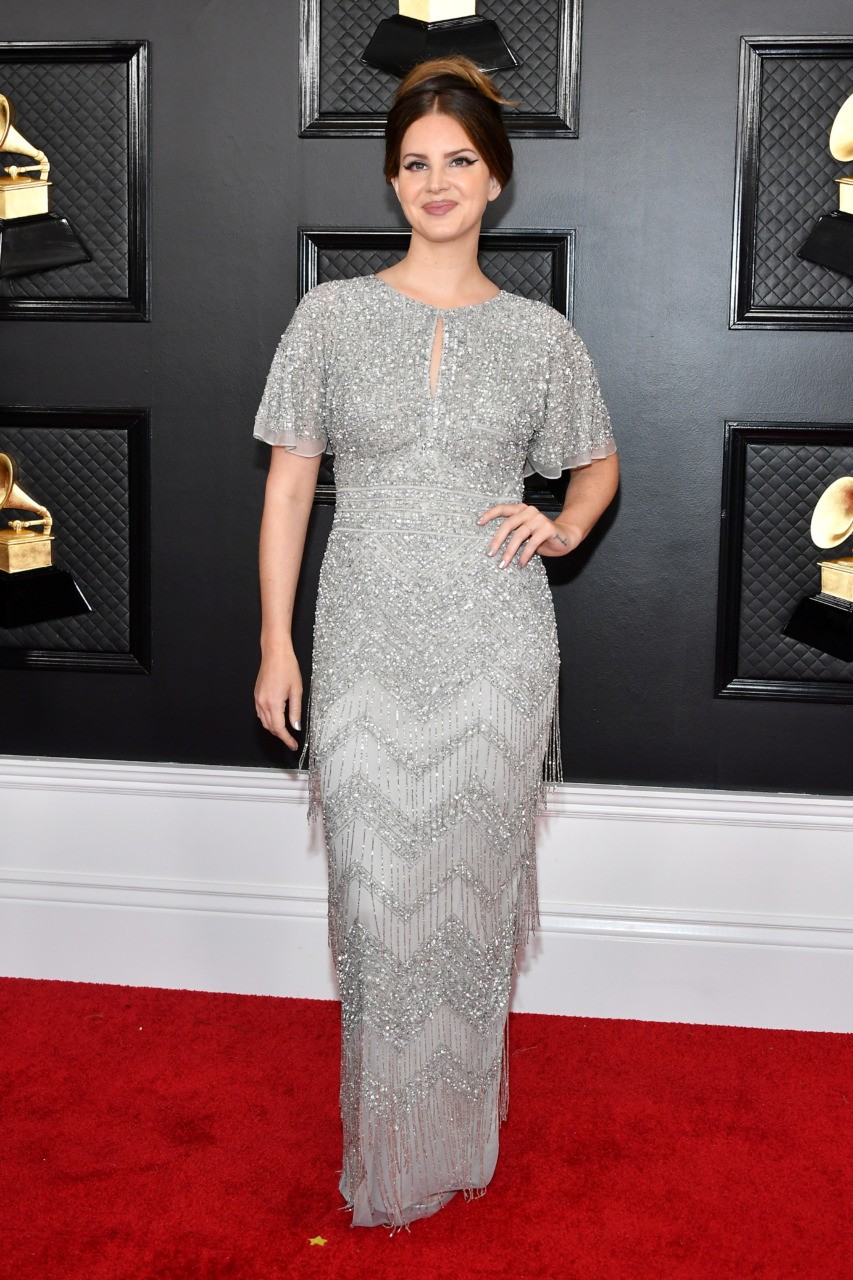 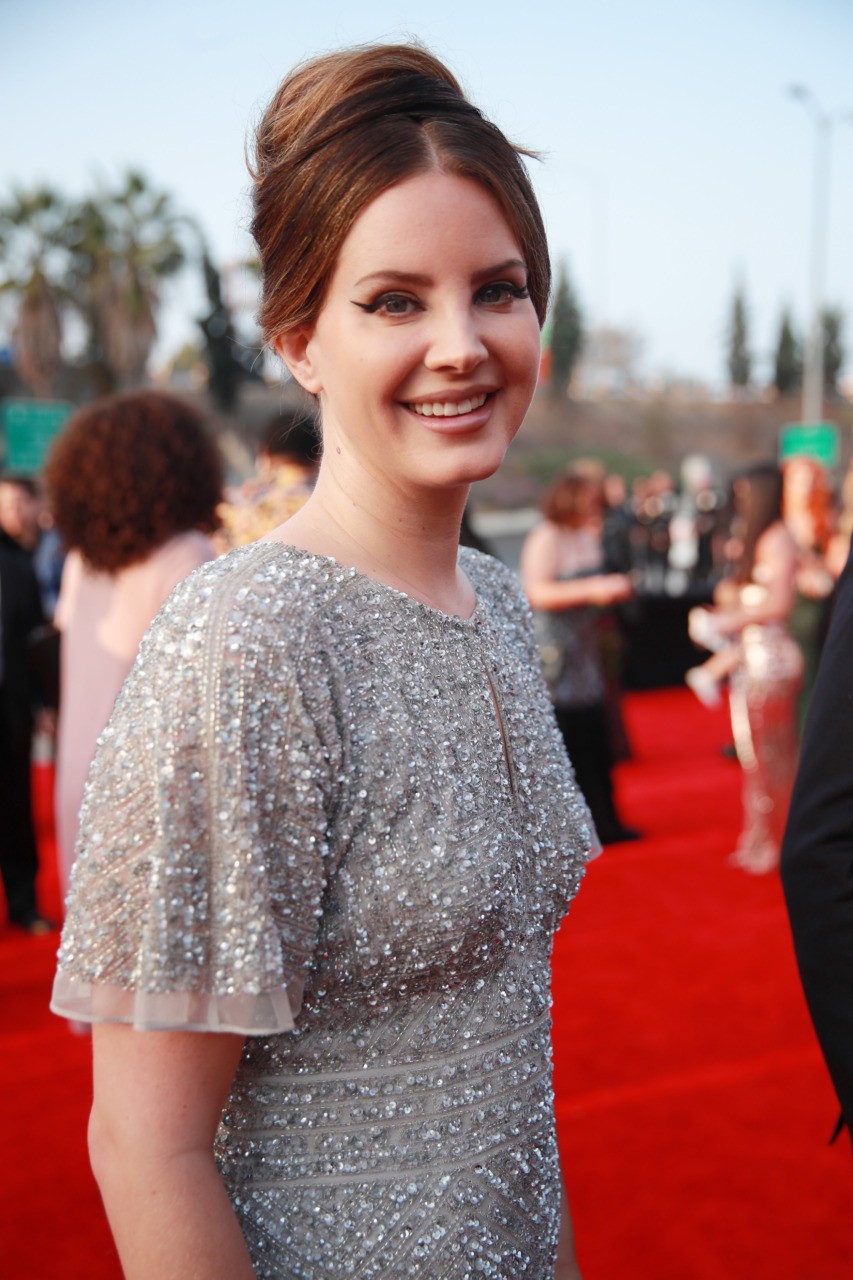 Chrissy Teigen seems to have lost a ton of weight, but unfortunately, she’s swallowed up in this orange Yanina Couture gown with sleeves that look as though they are made of floppy beach hats or paper plates.

And for some reason when a dress is bad, it gets even worse with giant side-slits up the thigh, peplums, and a hem that is all too long. This gown looks more like a Miracle Mop than a red carpet statement. 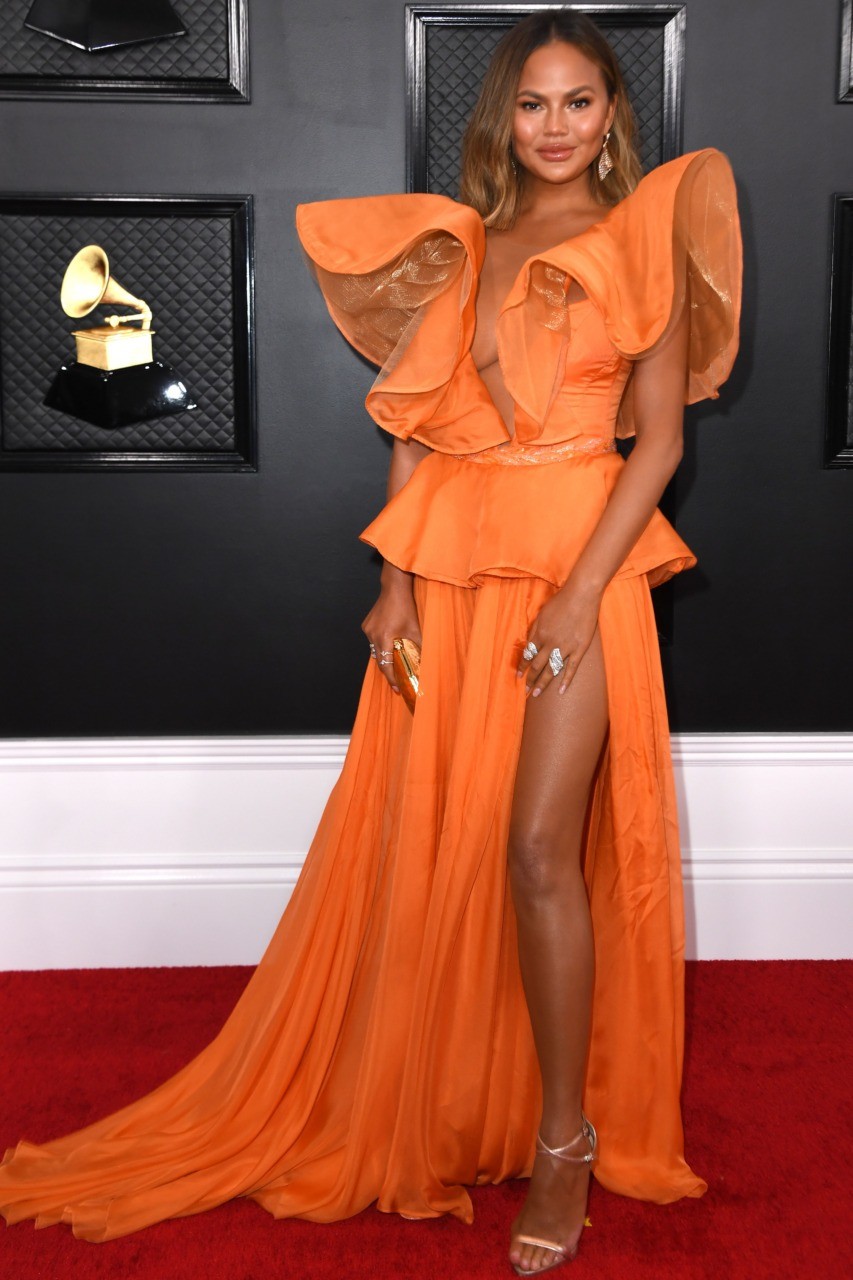 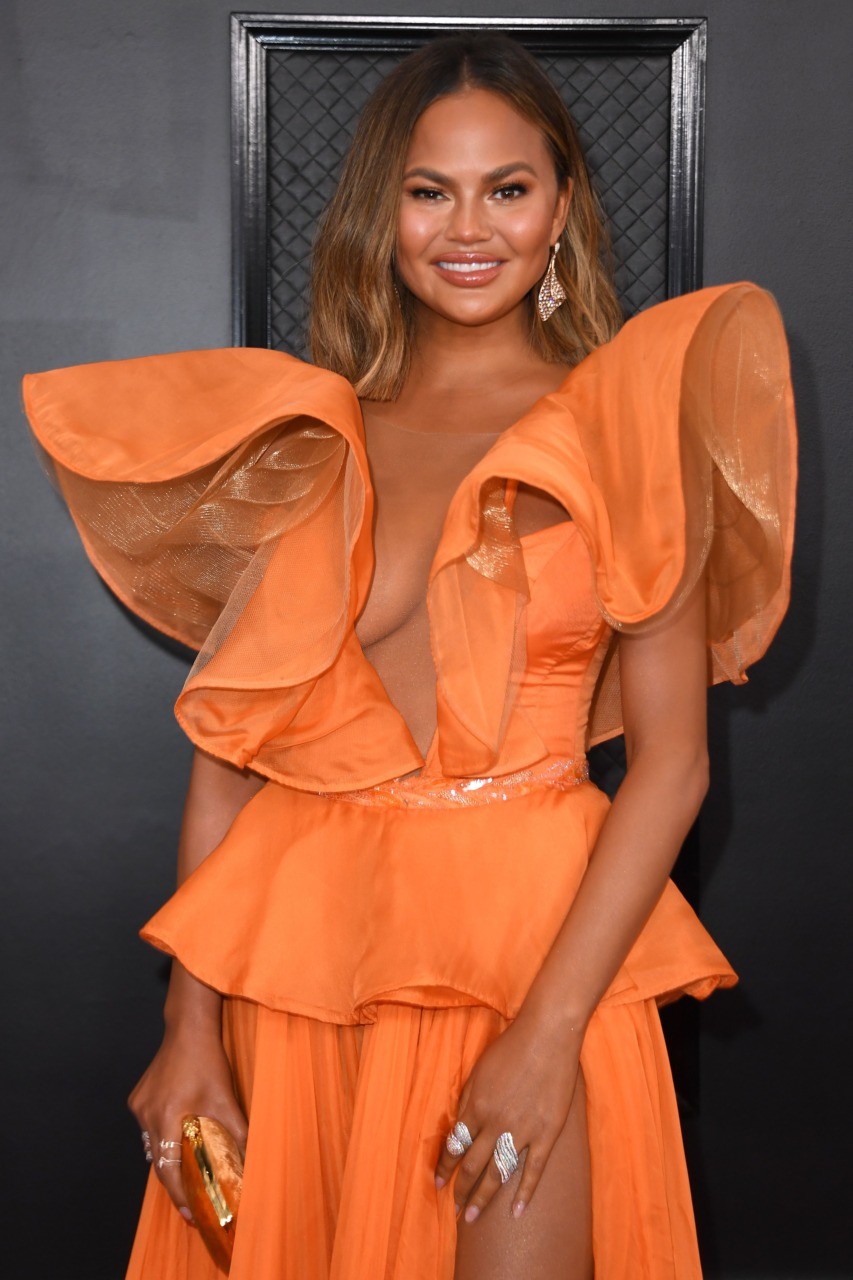 I wasn’t wildly enthused about Gwen Stefani’s red carpet Dolce & Gabbana number, but when she walked out on stage alongside her hubby Blake Shelton to sing a duet, I realized she was saving all the drama for later in the show.

In this iconography-clad Dolce & Gabbana gown — fit for a wedding — Stefani harks back to her Love. Angel. Music. Baby. days with roses atop her head, a sacred heart at her chest, and drippings of gold stones and emblems trickling down the delicate tulle. What glamour, and what fun! 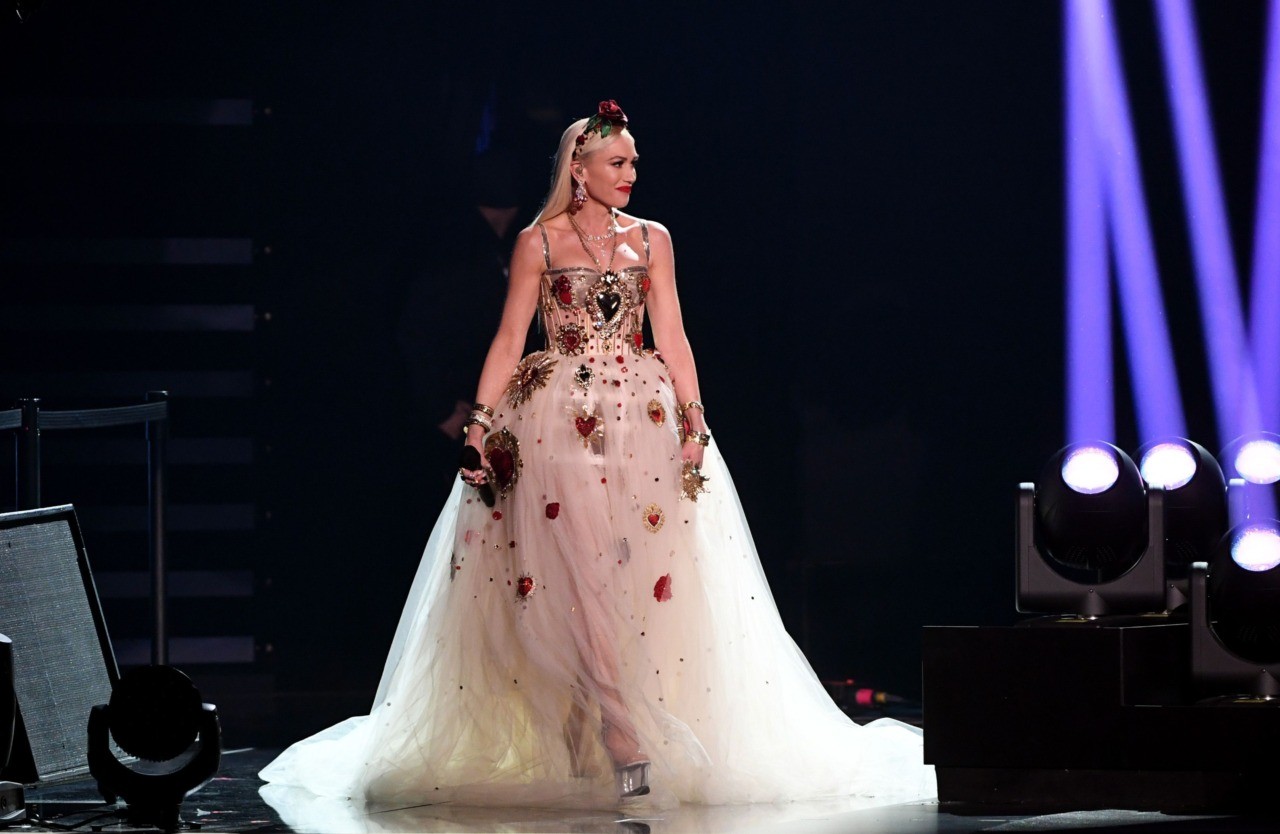 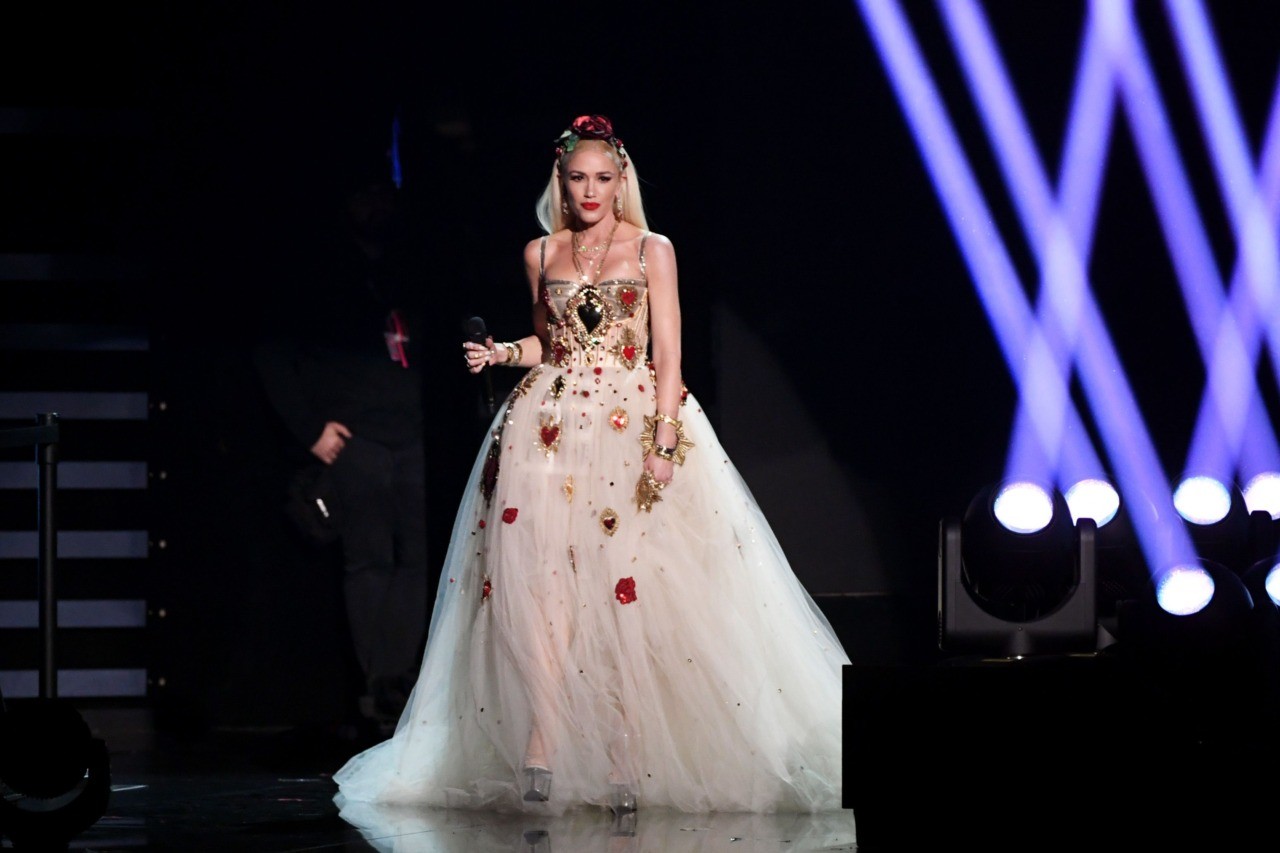 I like my stars to stay true to themselves. That is, I like my Shania Twain to look like Shania Twain. At the Grammys red carpet, Shania seemed too focused on trying to be Ariana Grande’s stepmother in this fussy black tulle dress with billowing polka-dotted sleeves and a blonde ponytail.

Shania has many more successes under her belt than Ariana will likely ever have. She should look the part. True to yourself is always in style. 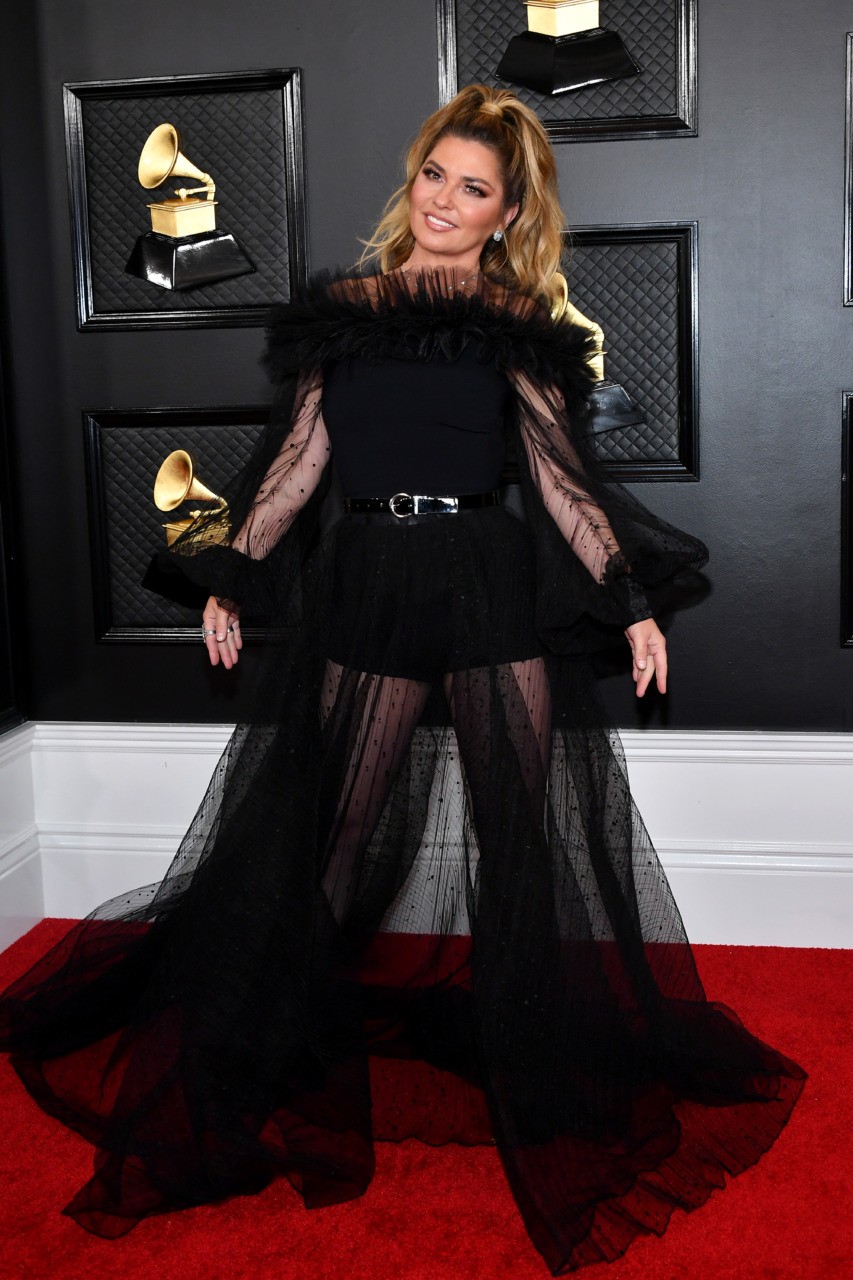 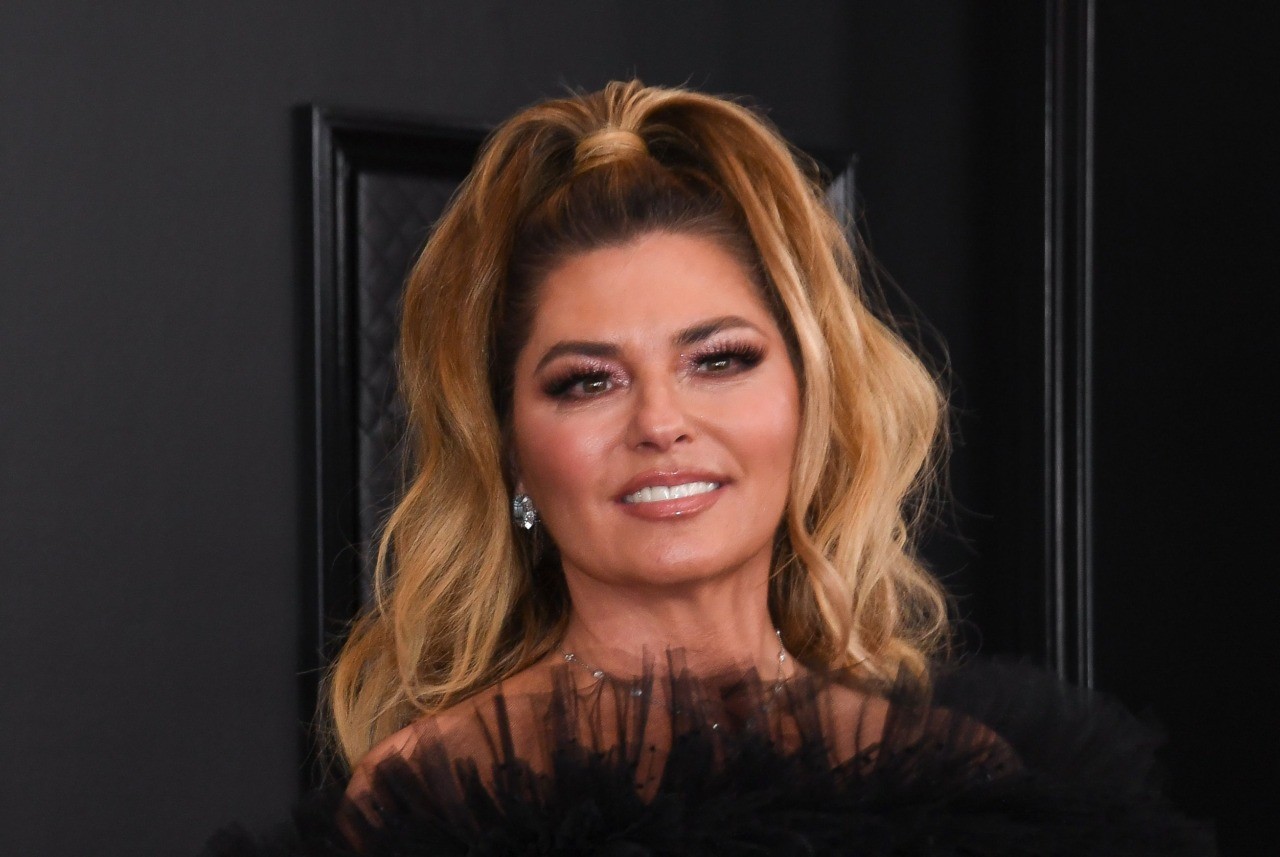 I generally ignore the boys at these red carpet events because, honestly, who cares about the fine details of suits when there are beautiful and disastrous gowns at their side. But, singer Shawn Mendes caught my eye in this impeccable Louis Vuitton suit in a rich shade of red wine.

It is daring for a guy to show up at any award’s show in a suit other than black, navy, or grey. A suit in bordeaux takes immense confidence and will only work if that suit is tailored to the nines. Here, Mendes pulls it off and quite spectacularly. 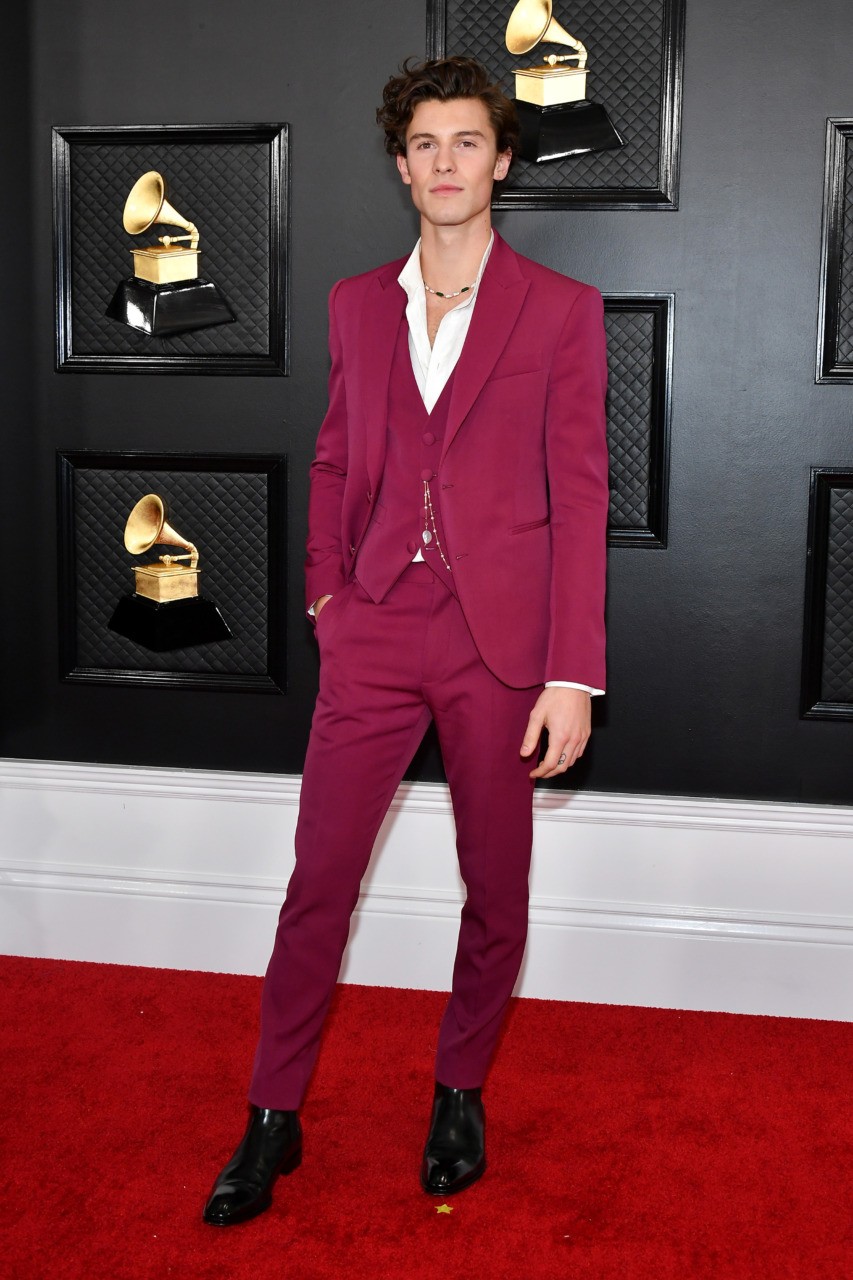 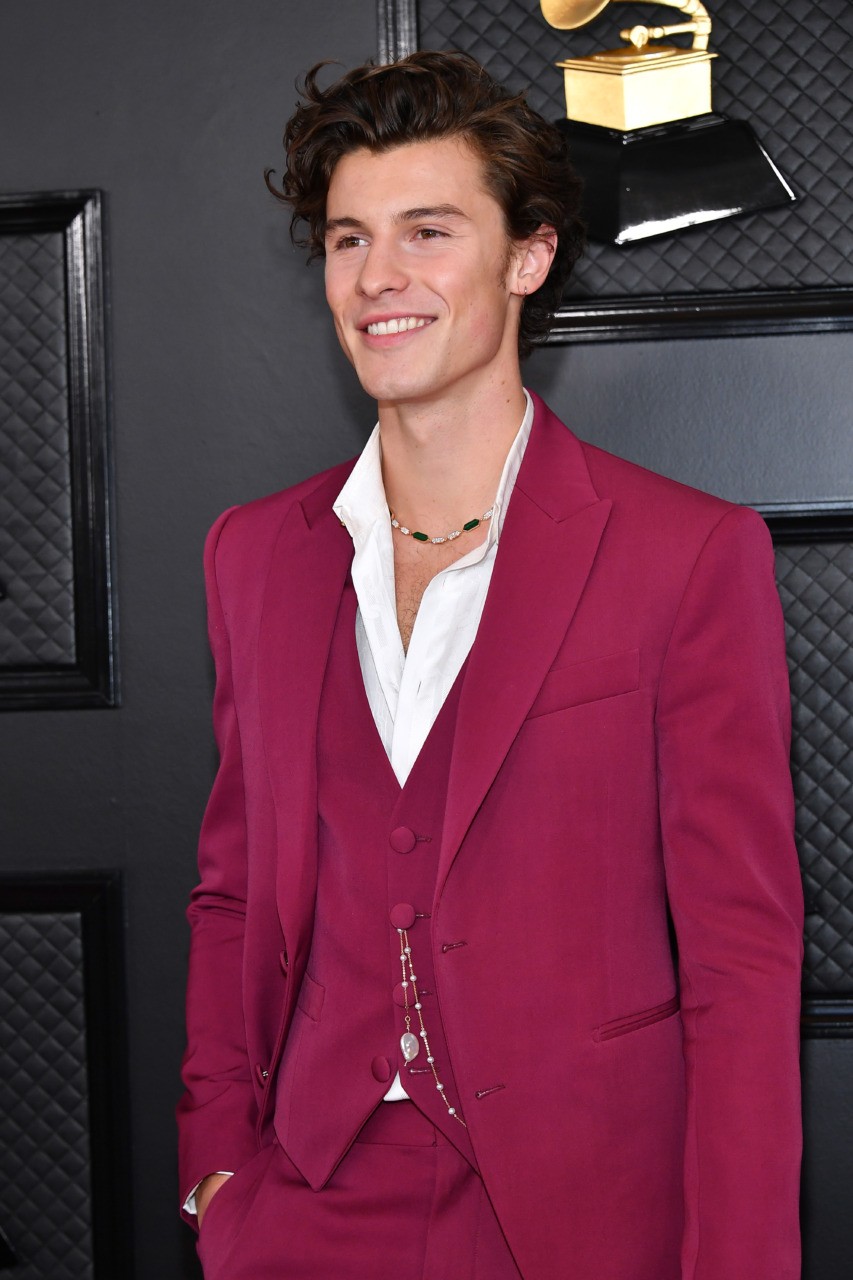 Model Grace Elizabeth can easily wear just about anything because, well look at her. The fact that she chose this chainlink sparkle Giuseppe Di Morabito as an ode to Paris Hilton’s 21st Birthday dress in 2002 is what makes it one of the best dressed looks of the evening. 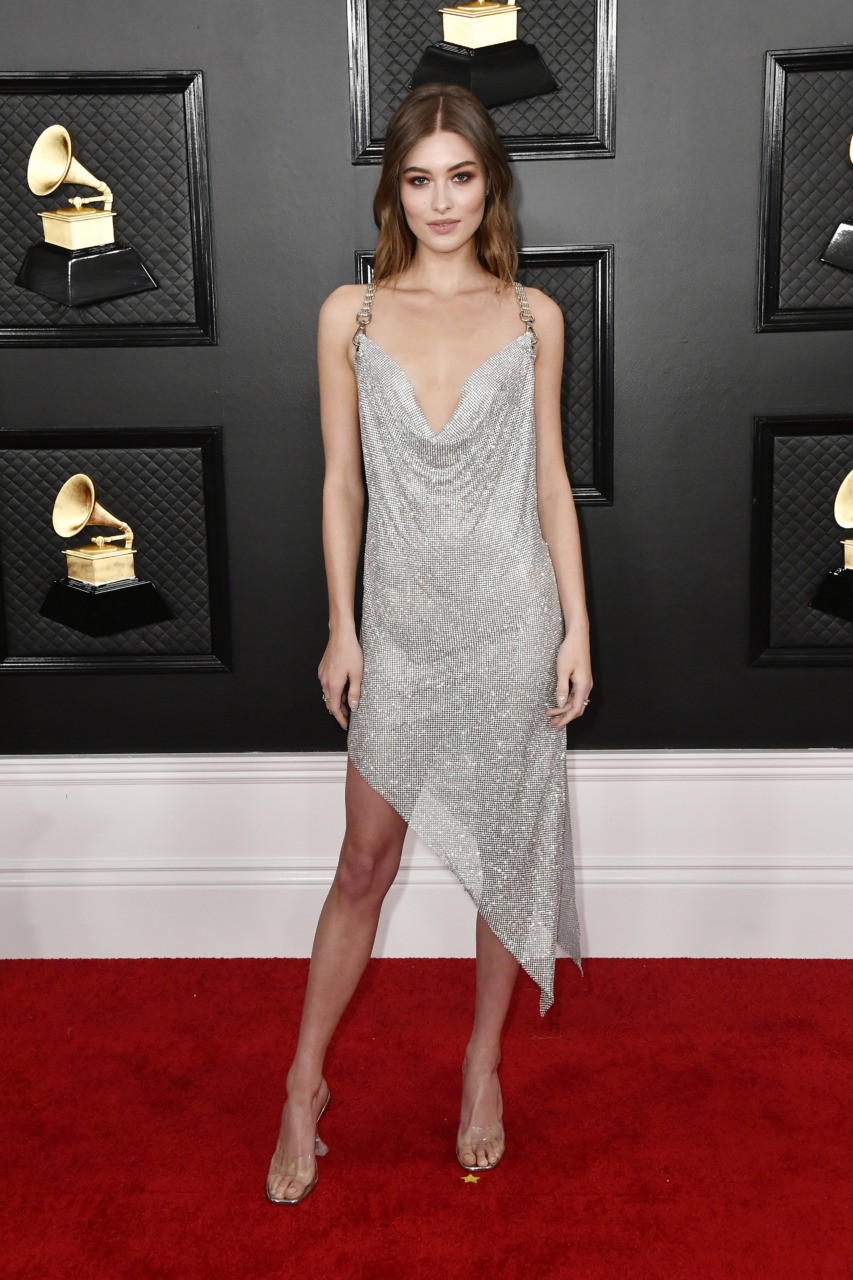 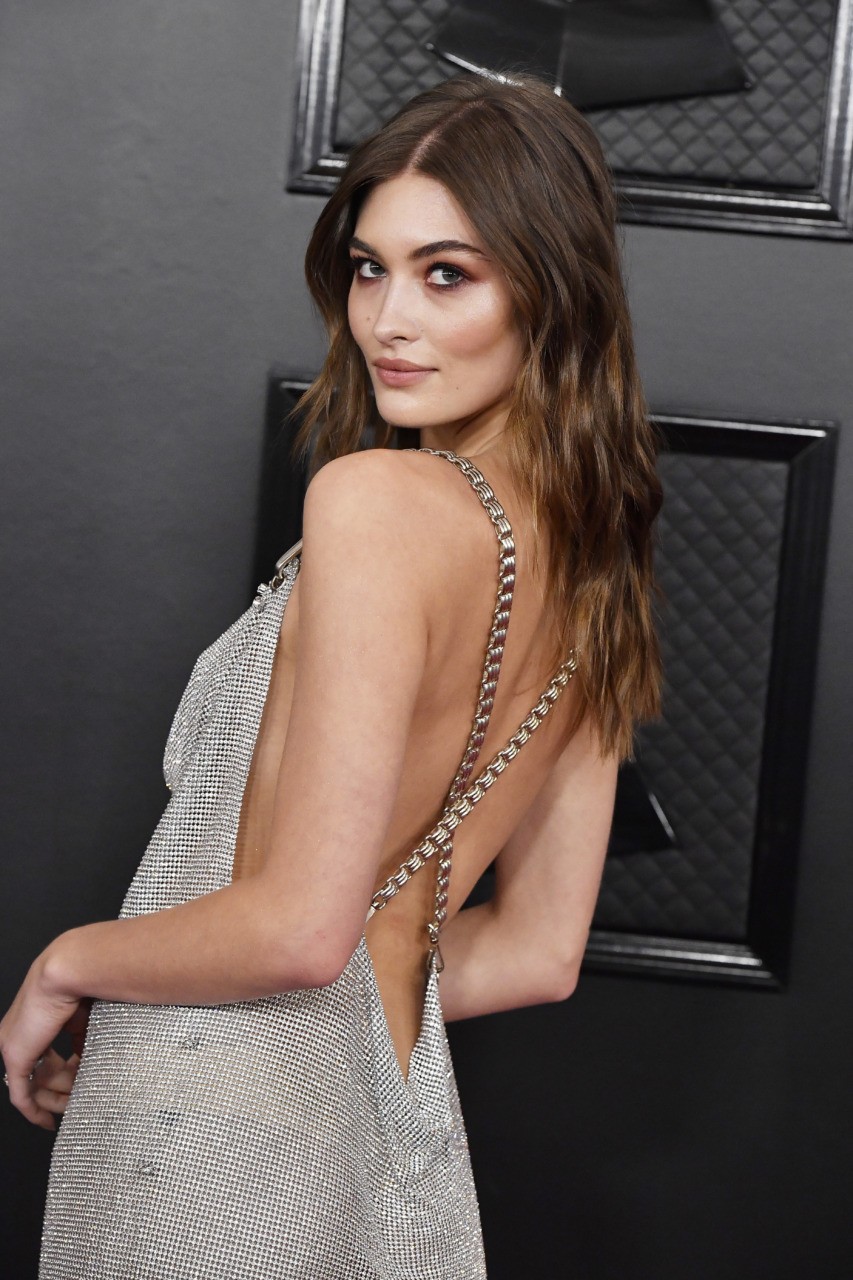 There are so many thoughts I have about why and how Ariana Grande chose this Giambattista Valli gown as her red carpet dress at the Grammys that everyone falsely predicted she would sweep. First, I understand that she has this princess vibe, but the sheer volume of this gown is so offputting, and even more obnoxious when she sat on the carpet to pose like Marilyn Monroe.

The ponytail is cute, the gloves are chic, I don’t even really mind the bustier-style strapless top. It’s the skirt with its yards and yards of tulle that make no sense. It’s as if this gown was designed not for Grande or the occasion but rather to just get attention and be big for the sake of being big. 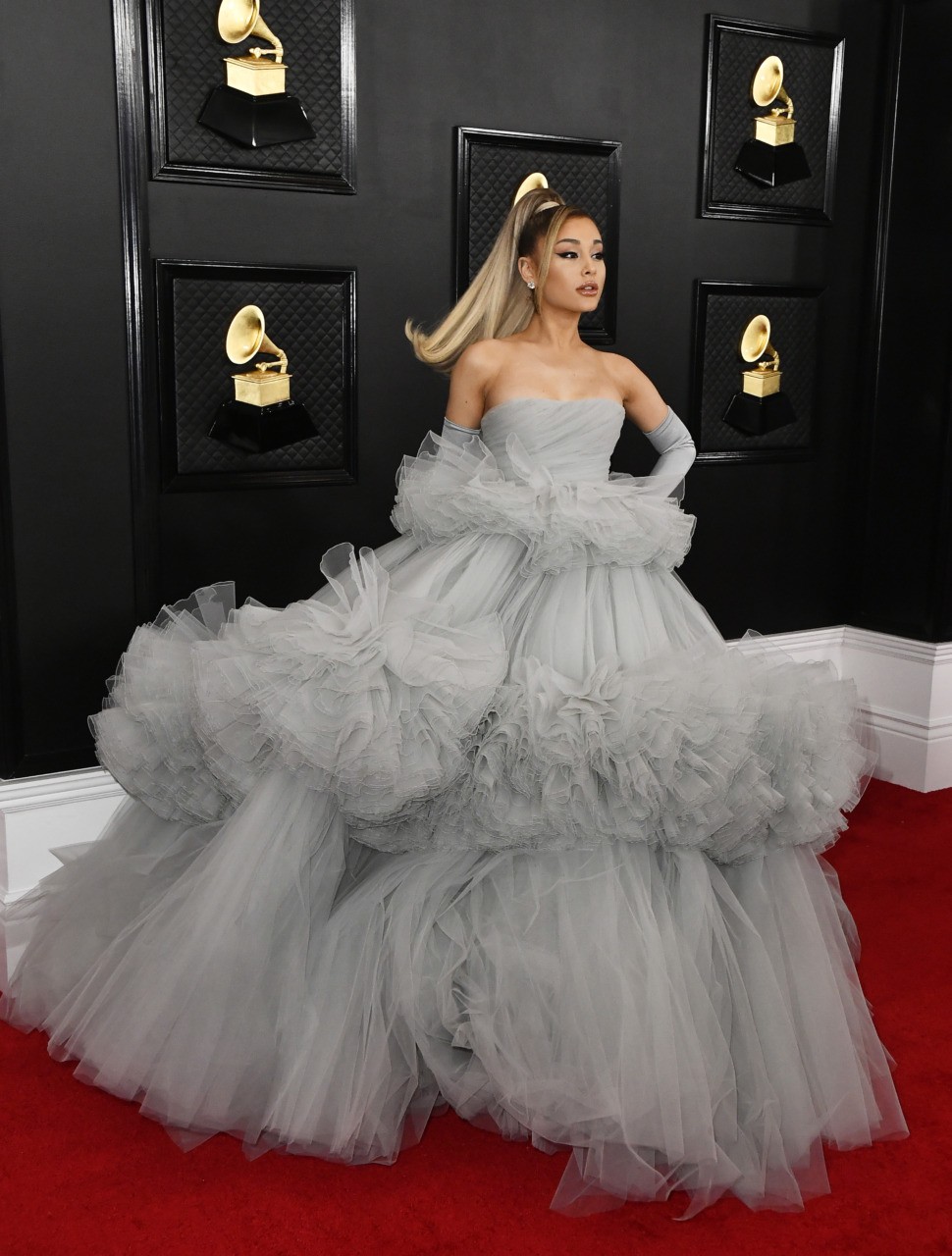 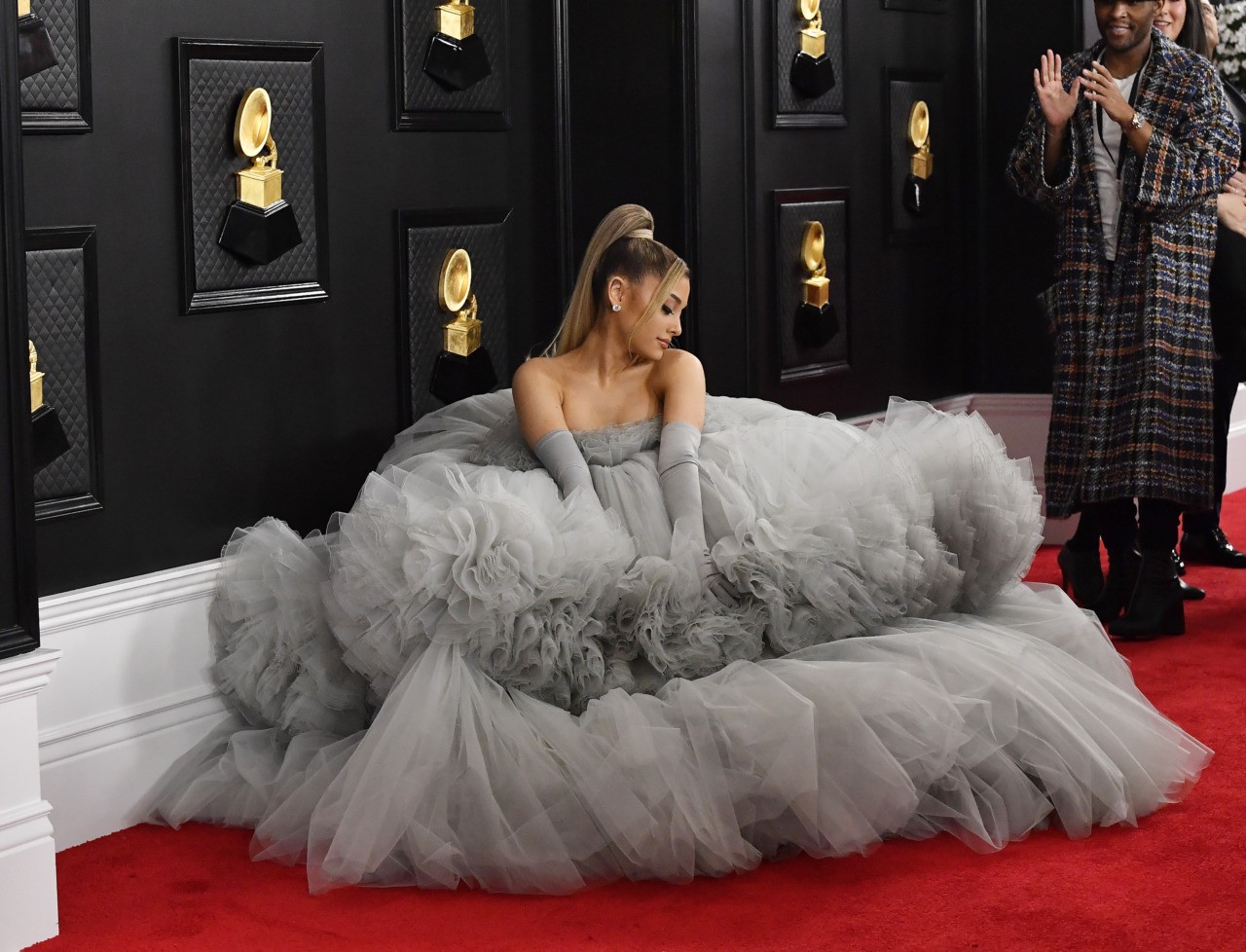 Rapper Lizzo could have done the cliche female rapper routine by arriving at the Grammys in a crazy costume of sugar candy necklaces and skintight fuschia body latex, but she didn’t. Instead, she got glammed up for the evening in this white Atelier Versace gown and fur boa which screams Las Vegas showgirl of the late 1940s.

Glamour can still grab headlines after all. 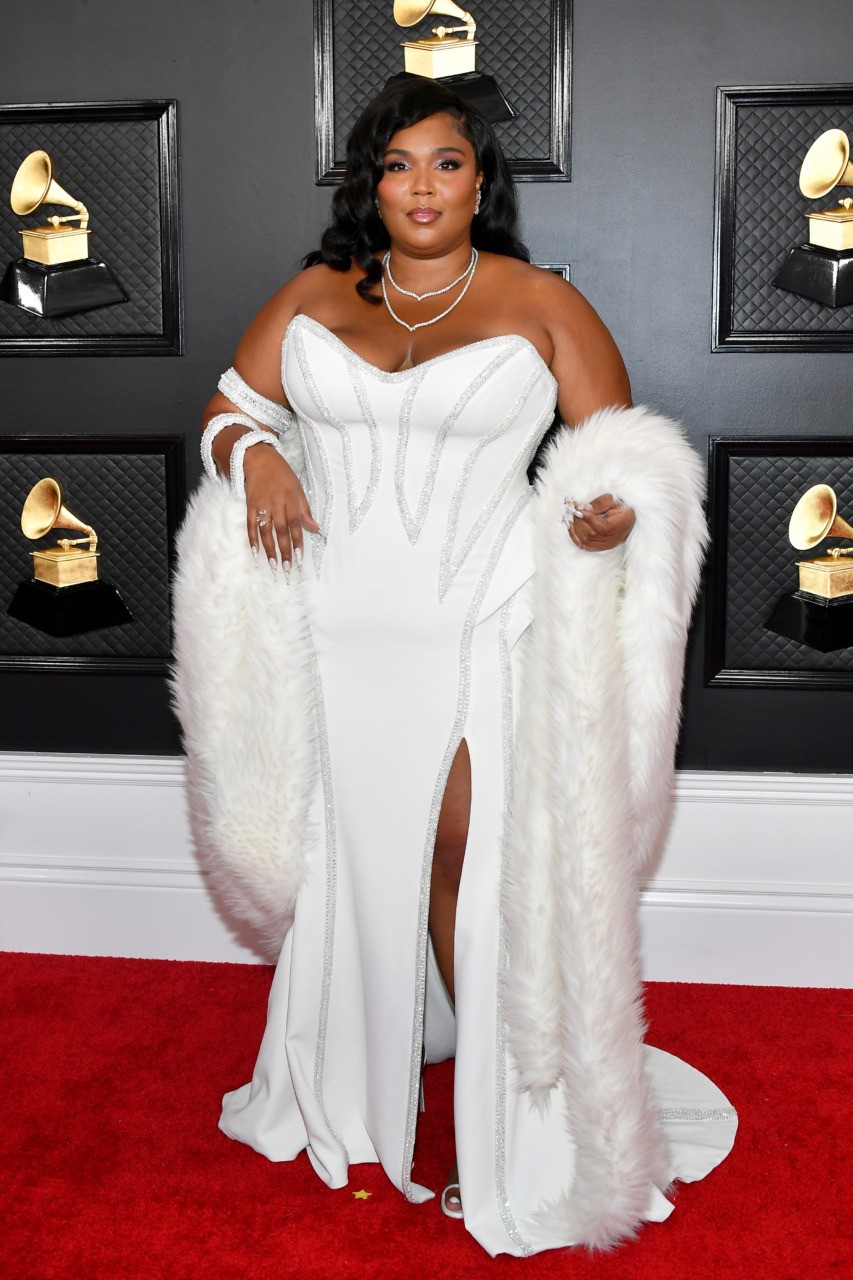 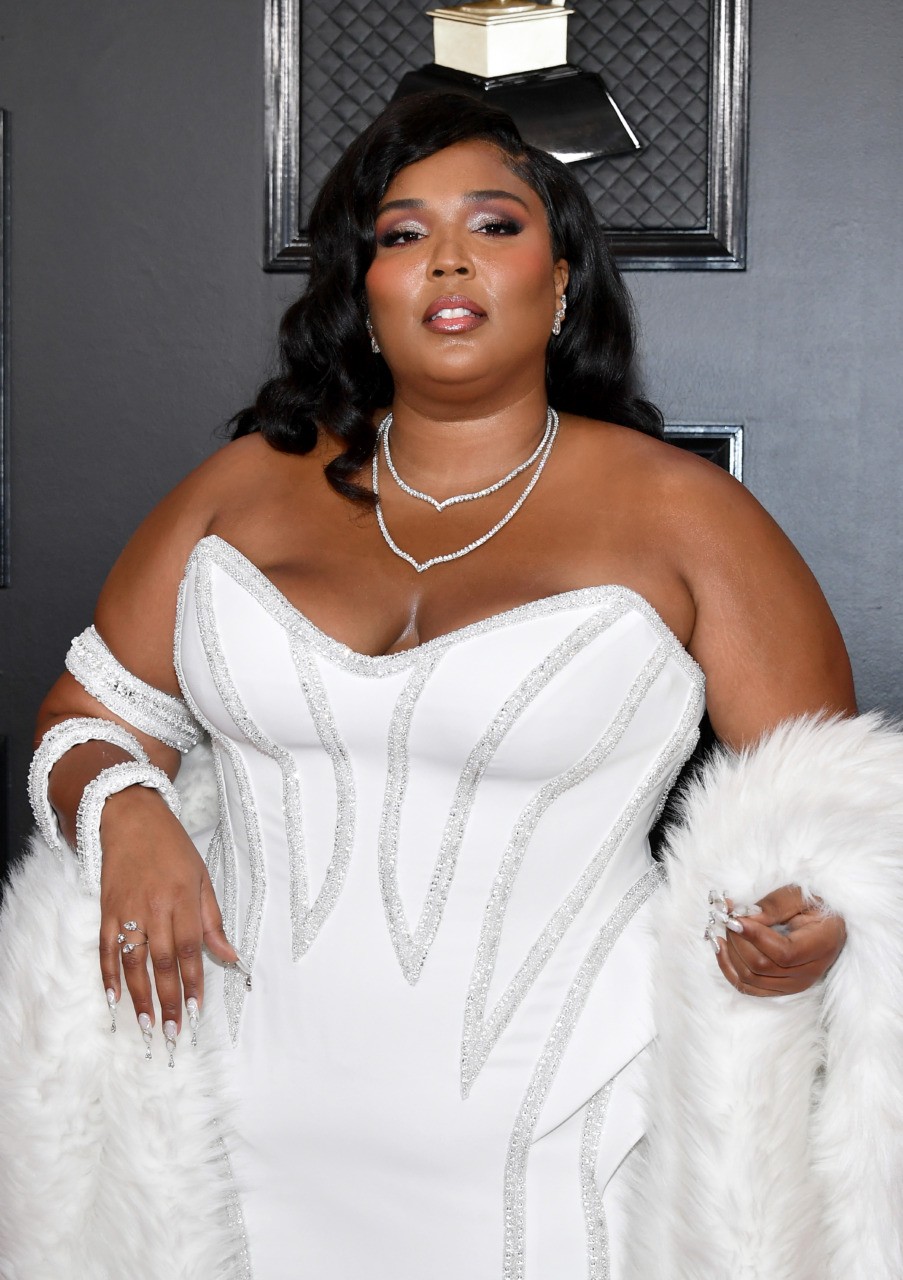 I get it, it’s the Grammys and why not, right? It’s not the weirdo high school ASMR YouTuber vibe that lands Billie Eilish on my worst dressed list, it’s the fact that I’m increasingly tired of this sloppy maximalist approach by Gucci.

Sure, Eilish loves baggy clothes (I pray to God that trend stays in the mid-1990s) and she has lime green hair and wants to sort of look like Missy Elliot at the end of the day. Regardless of all of this, Gucci could have refined Eilish’s gender-bending wardrobe and dressed her to really shock us — blending the masculine, baggy features she likes with some feminine undertones.

Instead, we got stuck with coronavirus chic. 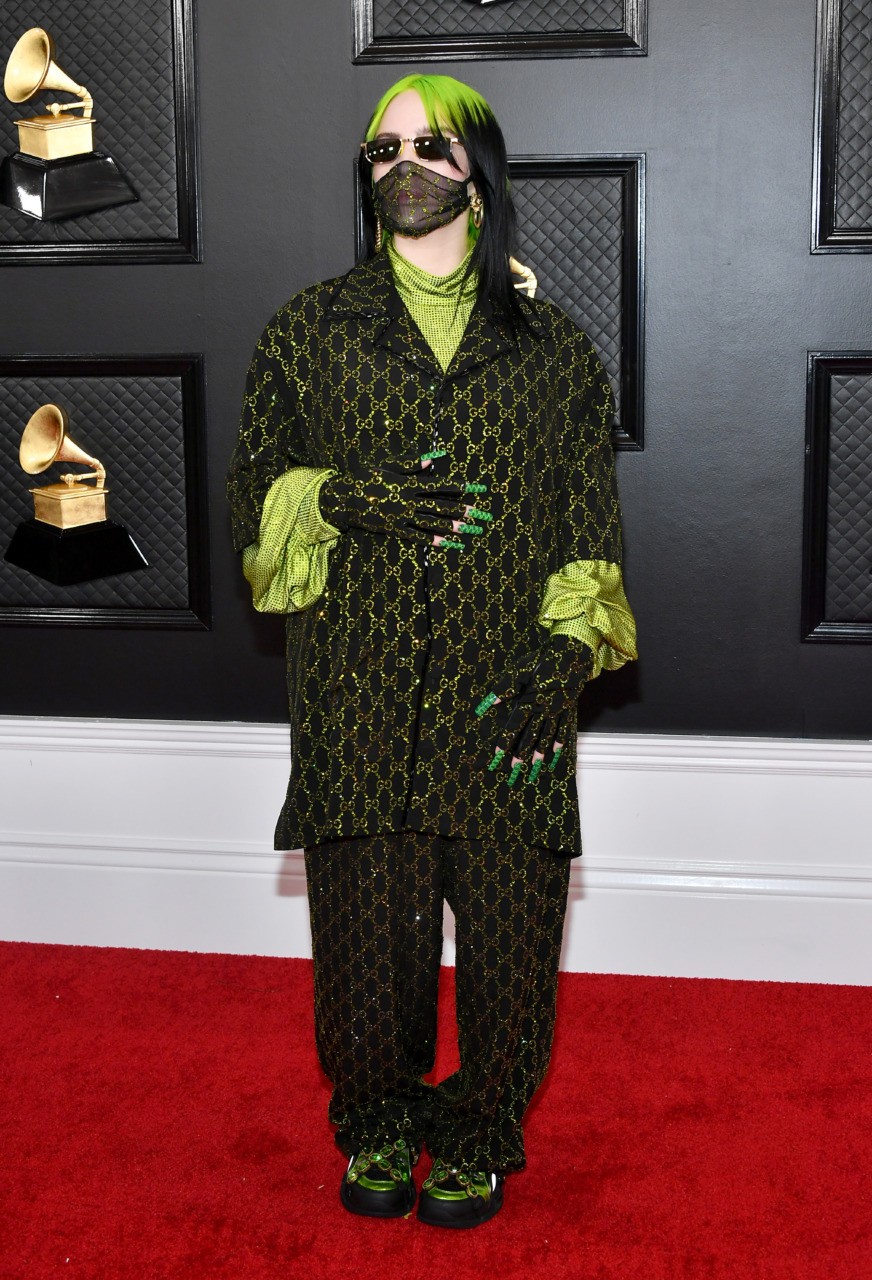 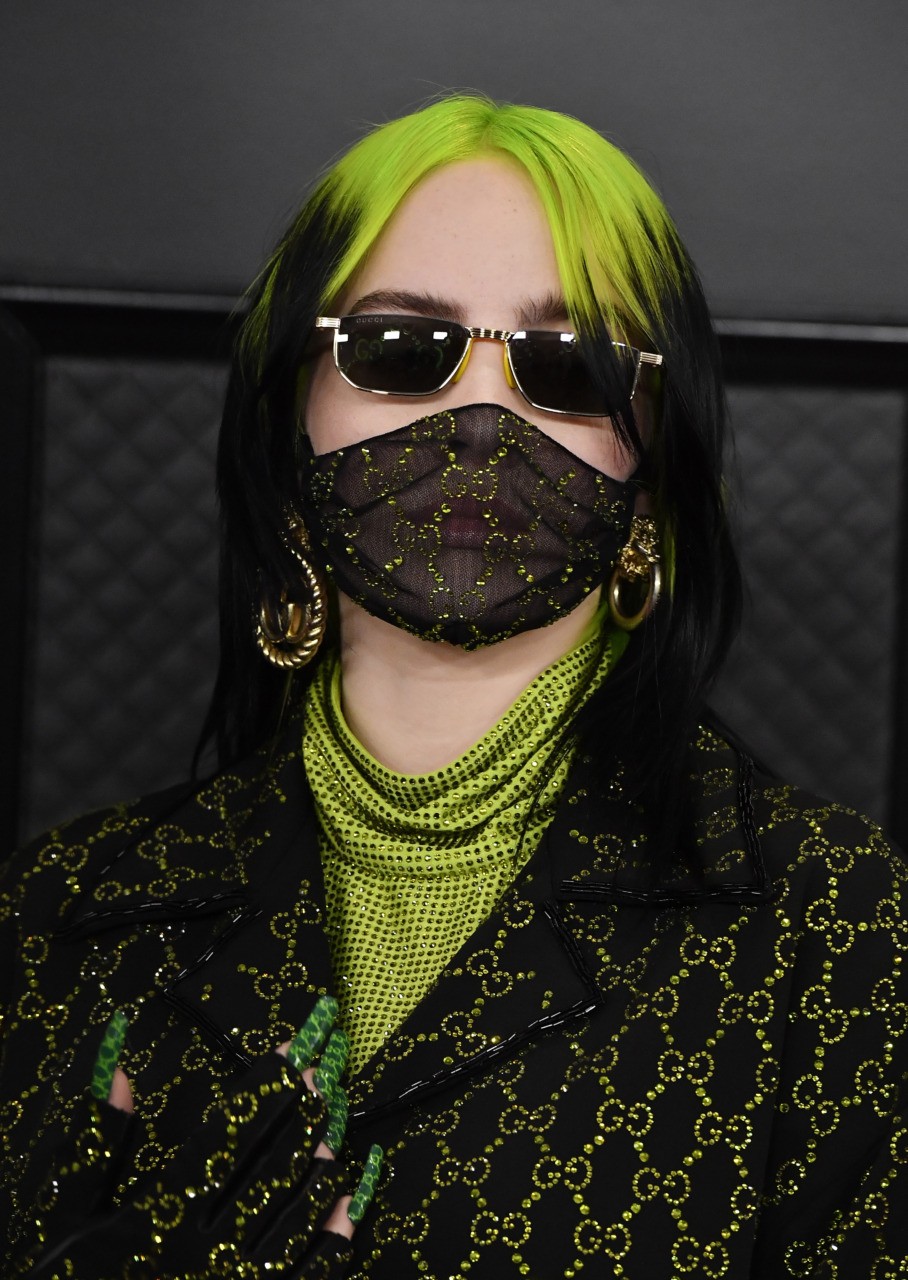