Veteran Hollywood actor Gary Sinise received the Patriot Award, “the highest honor given out by the Congressional Medal of Honor Society,” for his unrelenting work and years of advocacy for U.S. veterans.

The actor — who played disabled military veteran Lieutenant Dan in Forrest Gump and a longtime fixture on hit TV dramas, including CSI:NY and Criminal Minds — recently received the honor at the Reagan Library in Simi Valley for the work he has done for veterans over the span of more than two decades.

He celebrated 25 years of advocacy for the Disabled American Veterans (DAV) last year and founded the Gary Sinise Foundation in 2010, which aims to honor “our defenders, veterans, first responders, their families, and those in need” by “creating and supporting unique programs designed to entertain, educate, inspire, strengthen, and build communities.”

Sinise made headlines in December after treating 1,700 family members of fallen servicemen and servicewomen to a 5-day vacation to Walt Disney World in Orlando, Florida. He did the same the year prior as well.

“They’re dealing with the grief and the loss of a loved one, a mom or a dad who have died in military service, and all these kids are going through the same thing, so the power of all of them in the same place at the same time, many of them — hundreds of them — was very healing for a lot of them,” Sinise said, according to Fox 13. 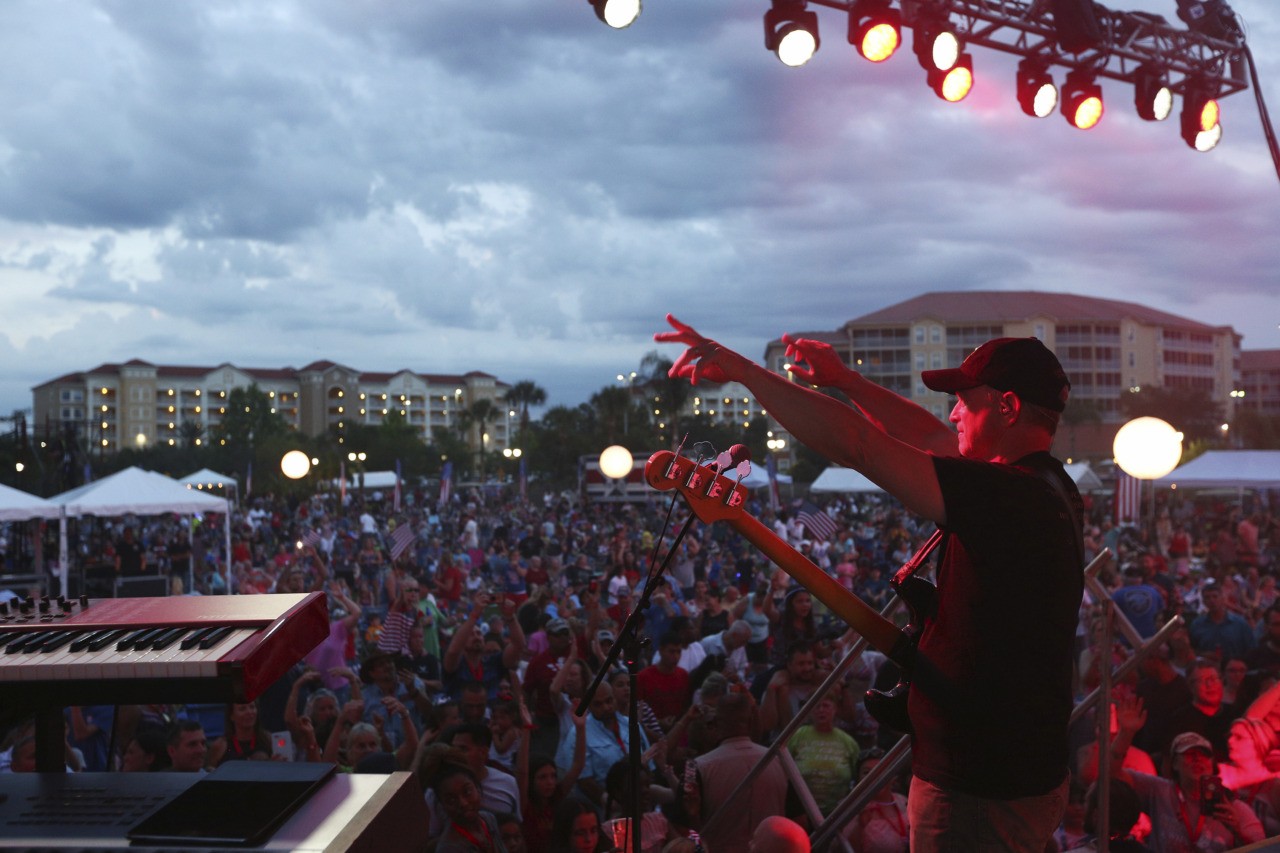 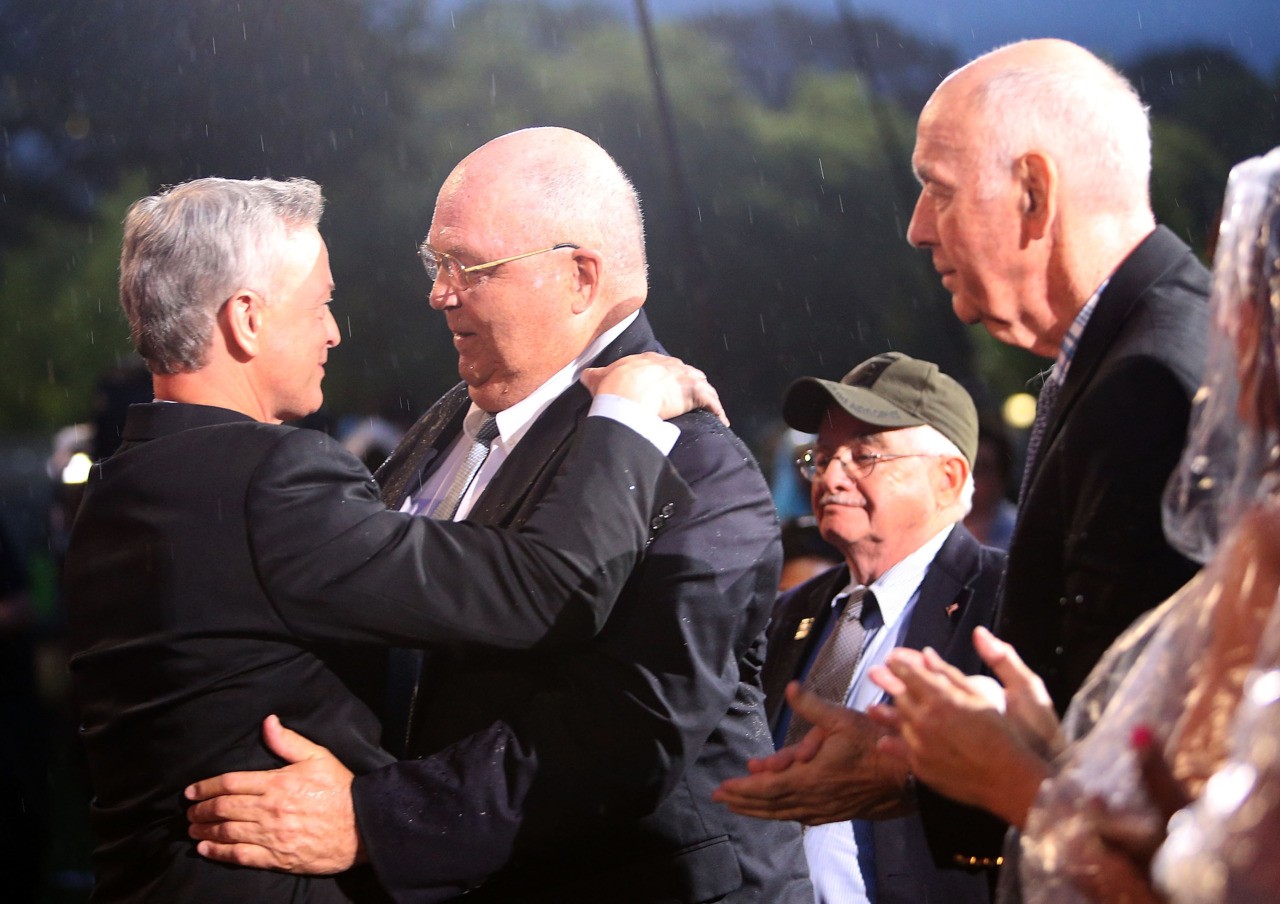 Actor and co-host Gary Sinise gives veteran Jack Farley a hug after paying tribute to him at the 27th National Memorial Day Concert on May 29, 2016 in Washington, DC. Farley, who was wounded in combat during the Vietnam War, received four bronze stars and two purple hearts. (Paul Morigi/Getty Images for Capitol Concerts)

The Apollo 13 star’s advocacy for veterans, which took off after his role as Lt. Dan, also involves building adaptable homes for wounded-veterans.

“He just gave the keys of a home to a quadruple amputee last month, Sinise said,” according to local news outlet ABC 7.

He noted that the veteran was the “fourth quadruple amputee that I’ve been involved in building a house for.”

“These 100% mortgage-free homes ease the daily challenges faced by these heroes and their families who sacrifice alongside them,” he added.

“This is our forever home,” Maj. Burkett said. “There’s a master bathroom that is completely accessible.”