MEXICO CITY (AP) — While the coronavirus pandemic has led authorities around the globe to cancel concerts and sporting events, and even shut down daily activities in some places, Mexico City is going ahead with Vive Latino — one of the most important music festivals in the country.

Some acts backed out, but tens of thousands of music fans flocked on Saturday to the first day of the festival, which still expected Guns N’ Roses, Carlos Vives and Zoe to be among its headliners. Organizers said more than 70,000 tickets had been sold for each of the festival’s two days.

Concerns about the new COVID-19 illness were evident, though. At the entrance, the usual security checks for such events had a new filter: Each person entering was checked for fever and a strong smell of antibacterial gel permeated in the air.

But once past that, the dynamics of the festival were not much changed. People walked excitedly toward the various stages and crowded together for the performances.

Alan Miranda, who was making his first visit to Vive Latino and especially wanted to see The Warning, said he felt many people are overreacting to the potential danger of contagion at large gatherings.

“Because I consider it is more a collective hysteria than any other thing. In Mexico we have a culture of a little bit more of hygiene that helps us to limit this kind of transmissions,” he said. 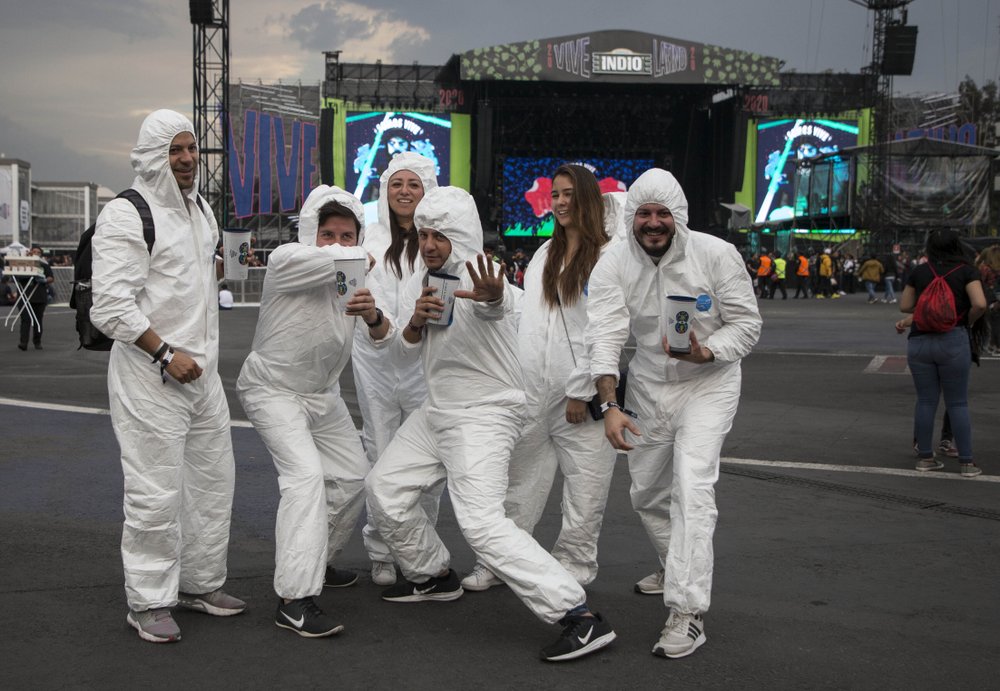 Music fans dressed in bio suits strike a pose during the Vive Latino music festival in Mexico City, Saturday, March 14, 2020. The two-day rock festival is one of the most important and longest running of Mexico. (AP Photo/Christian Palma)

Santiago Ayala was accompanied by his wife and his 9-year-old daughter, Regina, who wore a Guns N’ Roses T-shirt to her first Vive Latino.

“In the end we thought that at any moment we could catch it here, in the pharmacy in the tortilla line. We decided to take the risk and come,” Ayala said, adding that they brought along antibacterial gel and tissues and didn’t plan to push into crowds. 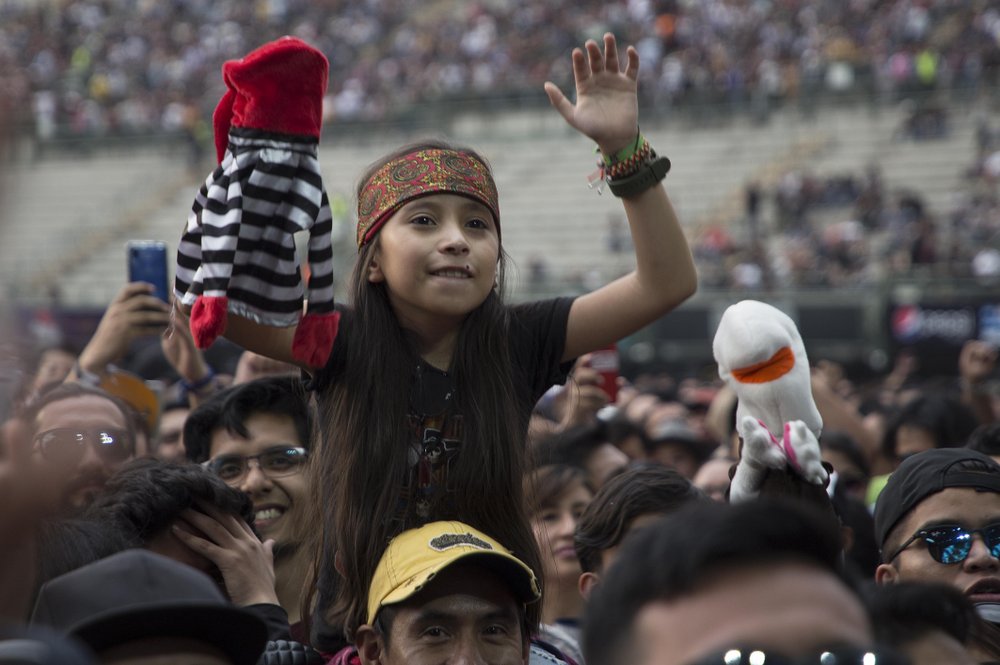 Only a few people showed up wearing masks, such as Daniel Ramirez, who covered his face with a mask decorated with a picture of a fox. He said he suffers from asthma and needs to be more cautious. He was also using antibacterial gel.

He said he trusted the Mexican officials’decision to let the festival go ahead.

“We have to be informed and before panicking you have to read some texts and know that it is serious but we are still in a passable stage,” Ramirez said of the outbreak.

Hugo López-Gatell, deputy director of the Health Department, said Friday night that Mexico is still in what is considered phase one of a pandemic, with isolated cases of infections in people who had traveled abroad or in a few cases infected others. Authorities have reported 41 cases across the country.

Almost everyone recovers from the new virus, which often causes only mild symptoms, such as fever and cough. But for some people, particularly older adults and people with pre-existing health problems, it can cause more serious illnesses such as pneumonia.

Karina and Saúl, who did not give their last name, were at Vive Latino, but they were not convinced about the wisdom of doing so.

They said they came only because there were no refunds for the tickets that cost them 5,000 pesos ($228) for the two days of the festival. They tried to sell their tickets but weren’t offered enough.

In addition, they bought the tickets at the beginning of the year because they wanted to see the Japanese singer Kyary Pamyu Pamyu, and was one of the artists who didn’t come.

“It was disrespectful to the public that they didn’t cancel (the festival), and put everyone at risk,” said Saúl.