NBC’s Law & Order star Chris Meloni appeared to compare children supportive of President Donald Trump to “Nazi youth,” a reference to the organization founded in homage to Adolf Hitler aimed at indoctrinating young people into the Nazi cause.

A video shared by New York Times columnist Charles Blow shows a woman talking to her nephews about the run-up to the Republican National Convention and the things President Trump has done for America, including “fight[ing] for our freedom” and “keep[ing] us safe.”

So. CUTE! Not since watching Nazi Youth newsreel footage have I felt this way. Heil Trump! 🖕 https://t.co/IC5YIqVuCY

The footage was mocked by Meloni, who suggested the two young children were reminiscent of the Hitler Youth. “So. CUTE!” the actor said sarcastically of the two children, who are wearing t-shirts emblazoned with the American flag that read “The United States of Awesome.”

“Not since watching Nazi Youth newsreel footage have I felt this way,” Meloni continued. “Heil Trump!”

Meloni, who is perhaps best known for playing the role of hot-headed NYPD detective Elliot Stabler on Law & Order, regularly uses his Twitter account to lambast the president and his administration. Last week, the 59-year-old lashed out at the Justice Department over its decision to drop the case against former National Security Adviser, General Michael Flynn (Ret). 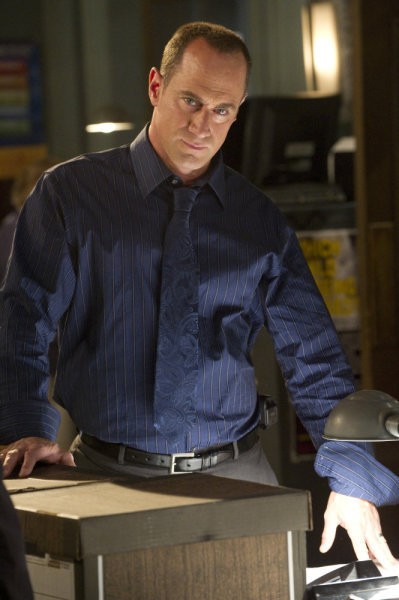 “‘Justice Dept. moves to drop case against Michael Flynn, former Trump adviser who pleaded guilty to lying to the FBI,'” Meloni quoted the media as reporting, before adding “We take another step closer to corrupt authoritarian rule.”

“Justice Dept. moves to drop case against Michael Flynn, former Trump adviser who pleaded guilty to lying to the FBI”

We take another step closer to corrupt authoritarian rule