Ronan Farrow and his mother, actress Mia Farrow, are facing an accusation that they tried to stop a New York magazine article about Soon-Yi Previn — Woody Allen’s wife and Mia Farrow’s adopted daughter — that painted the Farrow family in a negative light.

If true, the allegation would mean that Ronan Farrow, who rose to prominence on the #MeToo movement, engaged in some of the same tactics that he accused Harvey Weinstein of using to try to derail his own reporting on the producer’s history of sexual misconduct.

Journalist Daphne Merkin exclusively told the New York Post that Ronan and Mia Farrow launched a pressure campaign on leaders at New York in the days before they published Merkin’s 2018 profile of Soon-Yi Previn. The campaign reportedly included a call from Ronan Farrow to then New York editor-in-chief Adam Moss demanding that the article be killed. 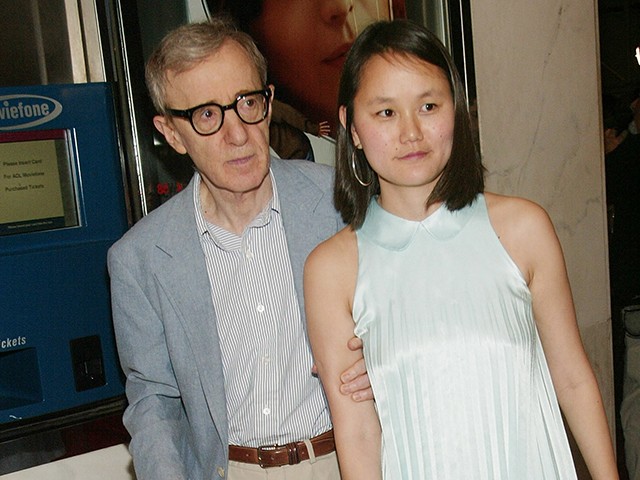 Merkin claims that the Farrow’s were successful in bumping the article off the front cover even though the magazine’s editors had promised her it would run as a cover story.

She also alleges that the Farrow’s demanded the insertion of a line acknowledging that Merkin had been “friends” with Allen for more than 40 years. Merkin told the Post that she “wasn’t that friendly with Allen” and saw the filmmaker just once or twice a year.

Merkin said she had never experienced that level of interference on an article.

“I wasn’t used to this level of fear … fear of Ronan, of being sued, of the power of Mia and Ronan, simply culturally, their power on Twitter,” she said.

Merkin noted the irony that Ronan Farrow tried to stop her article after rising to fame on the #MeToo movement. “This is someone who is big on women telling their stories,” she told the Post. “This was a woman telling her story and the effort to simply invalidate it and simply stop it was pretty steady.”

Ronan Farrow has accused NBC News of caving to pressure from Harvey Weinstein over his reporting on the Miramax producer’s history of sexual assault and harassment. He has alleged that Weinstein was successful in pressuring then-NBC News bosses Andy Lack and Noah Oppenheim to kill his story.

Farrow’s expose on Weinstein eventually ran in the New Yorker.

Merkin’s profile of Soon-Yi Previn featured unflattering details about the Farrow household, including the allegation that Farrow was emotionally and physically abusive to some of her adopted children.