Pop star Rihanna, whom Forbes recently named among the richest self-made women in America, with a net worth of $600 million, celebrated Thanksgiving by showing her support for Native Americans who are “mourning” during the holiday.

The Diamonds singer posted a message to her Instagram Story reading, “Some are celebrating today… many are mourning! Sending love to all my Native American brothers and sisters.” 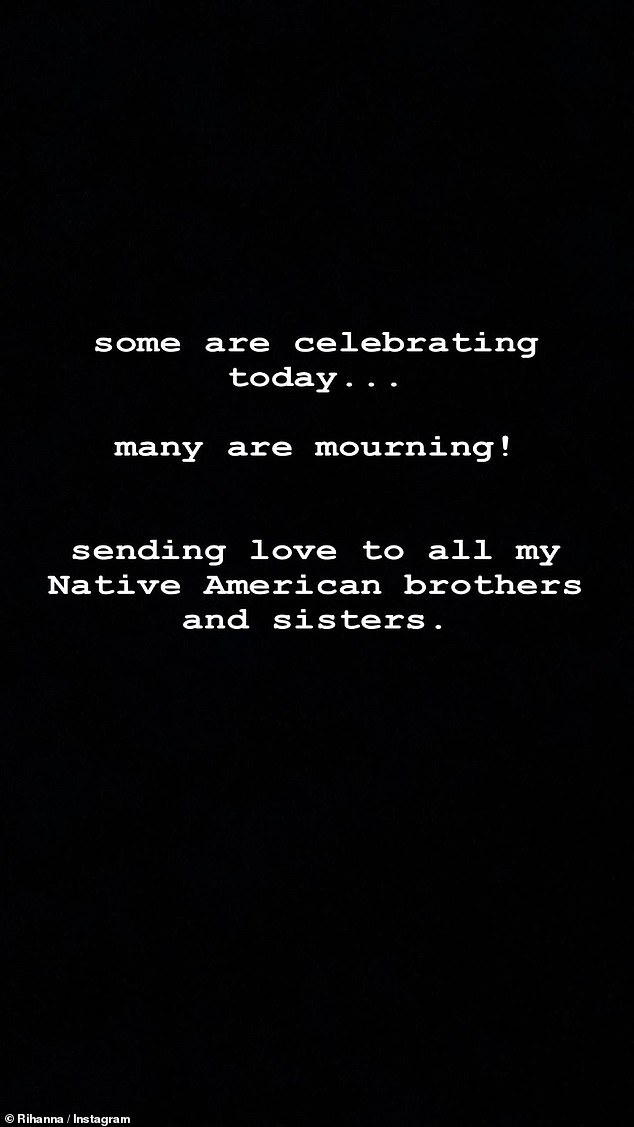 The ocean’s 8 actress often spews political rants on her social media. A few months ago, Rihanna went on the attack against Kentucky officials over the Breonna Taylor grand jury decision. And last year, the Grammy-winner loudly rejected an offer to perform at the Super Bowl because the league had still not given national anthem protester Colin Kaepernick a job.

Rihanna was not the only pop singer to attack the Thanksgiving tradition.

Singer Demi Lovato also jumped to Instagram to undermine the Thanksgiving holiday with a series of images she took from a left-wing activist group named Showing Up For Racial Justice that made to “debunk” many of the facts people believe about the first Thanksgiving.

The meme posts continued with another that relayed the claim from the Wampanoag tribe’s “oral traditions” that claim that the pilgrims did not celebrate the day by inviting the Indians to a feast, and no invitation was ever offered to the local tribes, they claim.

Lovato’s memes also insist that it is a “myth” that the Pilgrims and the Indians became friends and insisted that English soldiers “massacred roughly 700 Pequot men, women, and children at Mystic Fort, burning many of them alive in their homes and killing those who fled.”

But as Breitbart News editor-at-large Rebecca Mansour notes in a lengthy piece, the American left’s “‘narrative of Thanksgiving’ is historically inaccurate garbage. We know who the Pilgrims are and what they did because they meticulously documented everything for posterity.”