Shannon Lee, the daughter of martial arts legend Bruce Lee, has once again hit back at Quentin Tarantino over his portrayal of her father in Once Upon a Time… in Hollywood.  This time, she has criticized comments Tarantino made about her father during a recent interview on the Joe Rogan Experience.

She also lashed out at “white men in Hollywood” who have tried to explain who Bruce Lee was.

In a guest column for The Hollywood Reporter, Shannon Lee questioned why Quentin Tarantino has continued to speak as an authority on the late kung-fu star.

“Why does Quentin Tarantino speak like he knew Bruce Lee and hated him? It seems weird given he never met Bruce Lee, right?” she wrote.

She added: “I’m really fucking tired of white men in Hollywood trying to tell me who Bruce Lee was.” 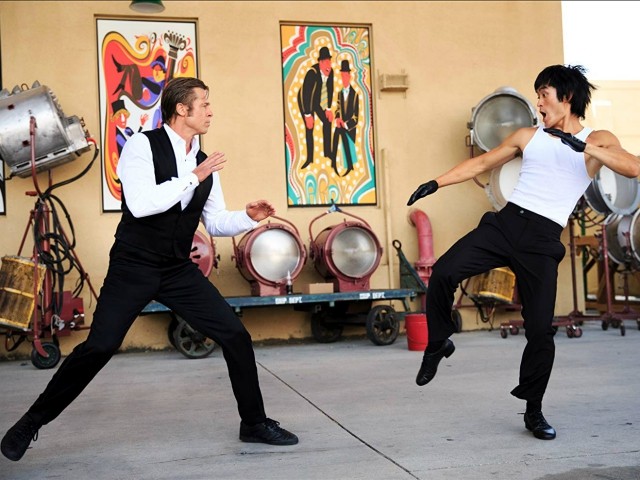 During the interview, Tarantino dismissed journalists who criticized his portrayal of Bruce Lee, telling them to “go suck a dick.” But he gave allowance to Shannon Lee to criticize the movie.

“Where I’m coming from is … I can understand his daughter having a problem with it, it’s her fucking father! I get that,” he said.

In the interview, Tarantino also claimed that Bruce Lee had “nothing but disrespect” for Hollywood stuntmen. Lee’s alleged arrogance is on display in the scene in Once Upon a Time in which Bruce Lee (Mike Moh) provokes fictional stuntman Cliff Booth (Brad Pitt) into a a round of three fights, that ended in a draw.

Shannon Lee wrote that while she understands the purpose of the scene, Tarantino’s characterizations of her father at a time when Asian Americans are being physically assaulted “are not welcome.”

“I would encourage you [Tarantino] to take a pass on commenting further about Bruce Lee and reconsider the impact of your words in a world that doesn’t need more conflict and fewer cultural heroes.”

Shannon Lee previously spoke out against Tarantino shortly after the movie was released in 2019, saying the filmmaker had turned her father into an “arrogant punching bag.”