As part of Prince Harry’s self-declared quest for privacy, respect, and life outside the public eye, his publisher announced Monday the young Royal has started writing an “intimate and heartfelt” memoir to share his “life lessons” with the world.

The news comes four months after the prince and wife Meghan, the Duchess of Sussex, made global headlines during their tell-all interview with Oprah Winfrey near the couple’s retreat in Montecito, California.

The biggest bombshell in that two-hour pre-taped exchange was Meghan’s accusation – or “suggestion” as some media outlets described it – that there were “concerns and conversations about how dark [her son’s] skin might be when he’s born.”

Mansour: Meghan and Harry, with the help of Oprah, have smeared their whole family and country as racists. https://t.co/qDmMIMHxh4

Now Harry is back for more and Random House expects to release the book, currently untitled, late in 2022.

Some estimates put the proceeds from the venture as high as $30million, all of which will be donated to charity via Harry’s own Archewell non-profit foundation.

“I’m writing this not as the prince I was born but as the man I have become,” the Duke of Sussex, 36, said in a statement Monday. “I’ve worn many hats over the years, both literally and figuratively, and my hope is that in telling my story — the highs and lows, the mistakes, the lessons learned — I can help show that no matter where we come from, we have more in common than we think. I’m deeply grateful for the opportunity to share what I’ve learned over the course of my life so far and excited for people to read a firsthand account of my life that’s accurate and wholly truthful.”

Harry last made a public appearance when he appeared with his brother Prince William, the second in line to the throne, in London to unveil a statue of the late Princess Diana, their mother.

It was a rare public meeting of the two men. 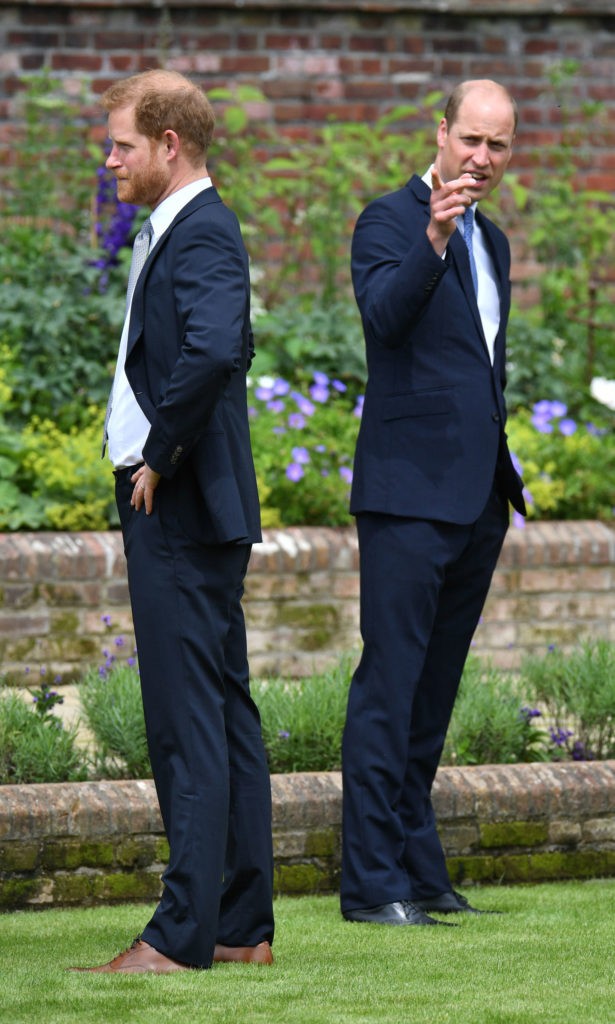 Prince Harry, Duke of Sussex and Prince William, Duke of Cambridge during the unveiling of a statue they commissioned of their mother Diana, Princess of Wales, in the Sunken Garden at Kensington Palace, on what would have been her 60th birthday on July 1, 2021 in London, England. (Dominic Lipinski – WPA Pool/Getty Images)

“Prince Harry will share, for the very first time, the definitive account of the experiences, adventures, losses, and life lessons that have helped shape him,” the publisher announced.

“Covering his lifetime in the public eye from childhood to the present day, including his dedication to service, the military duty that twice took him to the frontlines of Afghanistan, and the joy he has found in being a husband and father, Prince Harry will offer an honest and captivating personal portrait, one that shows readers that behind everything they think they know lies an inspiring, courageous, and uplifting human story.”

She has previously said she is prepared to mend bridges with the Royal family, although it is not known if Meghan’s husband is as ready as she is for reconciliation.

“There is a lot to work through there,” Harry told Oprah about his relationship with his father, who was divorced from Diana, Princess of Wales, at the time of her fatal car accident in 1997.

“I feel really let down. He’s been through something similar. He knows what pain feels like. And Archie (Harry and Meghan’s son) is his grandson. I will always love him, but there is a lot of hurt that has happened.”

Harry said he felt trapped by Royal life and that his family cut off him financially and took away his security. He also acknowledged his relations were strained with his brother, Prince William.

“I was trapped, but I didn’t know I was trapped,” Harry said, before quickly adding, “My father and my brother, they are trapped.”