Mere months after the woke, Trevor Noah-hosted Grammys telecast produced the worst ratings on record, organizers of the Grammys are doubling down on woke, announcing Wednesday that they’ll require producers to recruit and hire more “diverse” candidates backstage and in front of the camera ahead of the 2022 awards show.

The Recording Academy specified that the so-called “diversity rider” hiring requirement will be added to its agreement with producers staging the 64th annual awards as a way to “ensure equity and inclusion at all levels of production,” AP reports.

Academy President and CEO Harvey Mason jr. called the concept a “monumental step”  with the full inclusion rider to be released publicly next month.

The rider requires Grammys producers to audition, interview, and hire onstage and offstage people who have been historically and systematically excluded from the industry.

“As the academy continues its transformational journey, diversifying our industry is at the core of every decision we make,” Mason said in a statement. “We’re dedicated to fostering an environment of inclusion industry wide and hope that our efforts set an example for our peers in the music community.”

The CBS telecast was filled with Black Lives Matter protests and riot imagery and the song “I Can’t Breathe,” inspired by the death of George Floyd, took home one of the night’s biggest awards. The Grammys embrace of woke themes is not the first time it has ventured away from entertainment and into political areas. 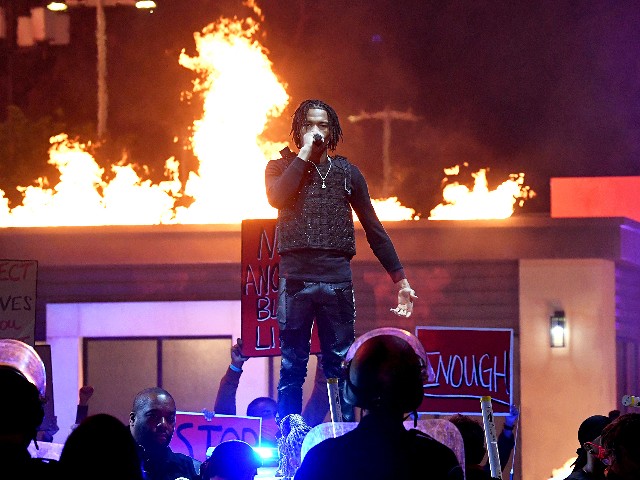 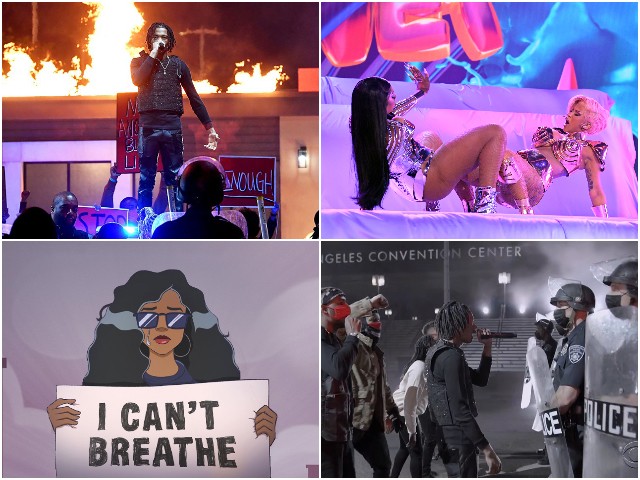 As Breitbart News reported, in 2014, 33 gay and straight couples were married during the ceremony as Macklemore and Ryan Lewis sang their hit LGBT anthem “Same Love,” while 2015 saw President Obama appear in a pre-recorded anti-rape PSA.

In 2016 rapper Kendrick Lamar delivering a politically-charged rendition of his hit song “The Blacker the Berry” from an elaborate prison set.