Gilliam, who has never been accused of any kind of personal wrongdoing, is guilty only of holding opinions the Woke Nazis at the Old Vic disagree with.

A comedy legend reaching back nearly 50 years, as well as an award-winning director, Gilliam was preparing to co-direct a production of Into the Woods for the Old Vic.

Well, due to the Woke Fascists, that production has been canceled.

“Terry Gilliam, the former Monty Python star, has been ‘cancelled’ by one of Britain’s leading theatres because some of its staff had concerns about his views,” reports the Times.

“Gilliam, 80, had been due to co-direct the Stephen Sondheim musical Into The Woods at the Old Vic in London next year,” according to the Times. “The theatre, however, has unexpectedly announced the cancellation of the show.”

The report adds that Gilliam “is said to have upset members of staff at the Old Vic because of his views on various topics, including Harvey Weinstein and trans rights.” 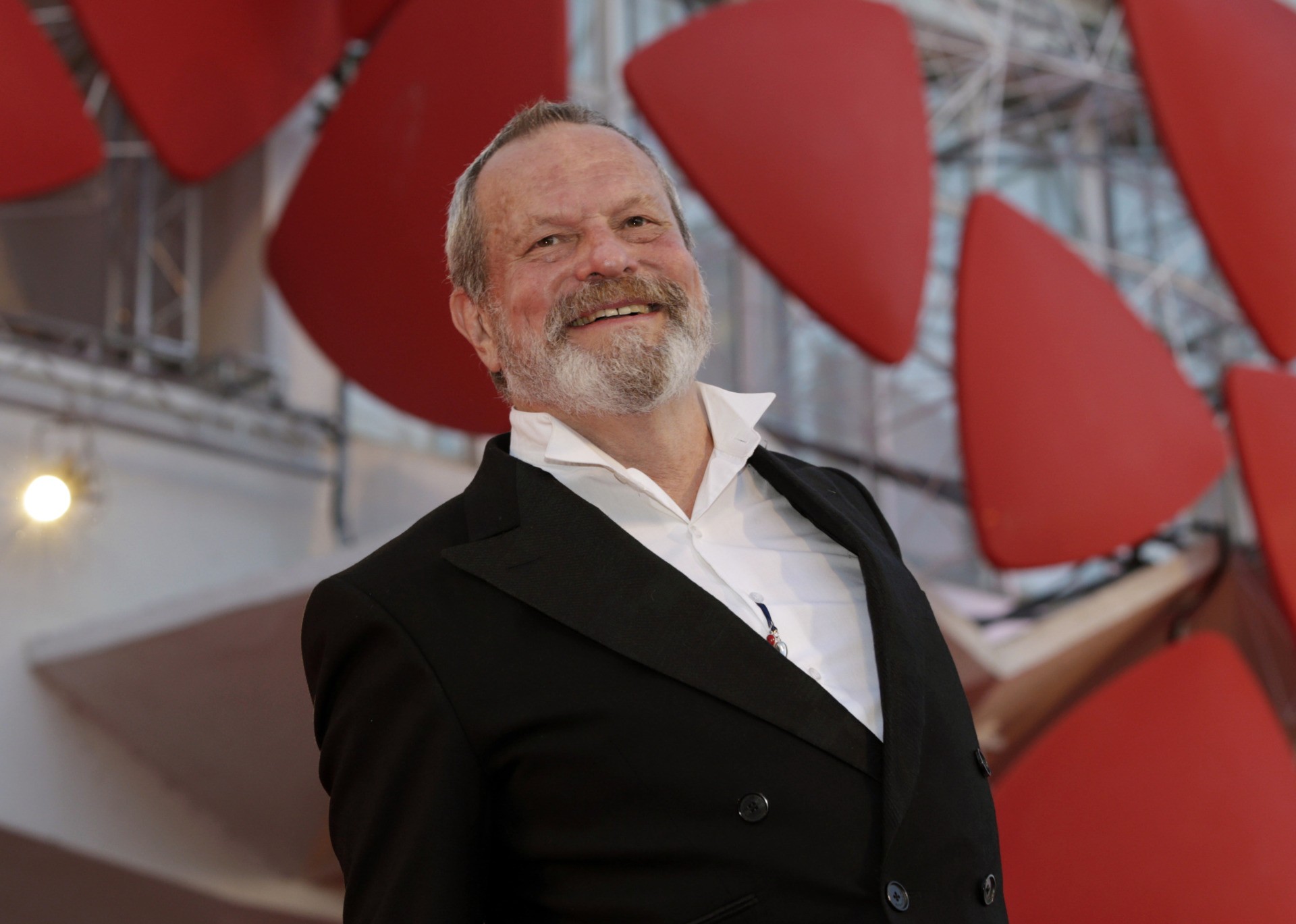 Gilliam has spent his entire professional life offending absolutely everyone and doing it in the most brilliant and visionary way possible.

Anyone who’s watched even a single episode of Monty Python or enjoyed his 1985 masterpiece, Brazil, knows he is a stalwart against authoritarianism, but always a good-natured one.

Through his work, he has stood up for the human spirit, individual rights, human rights, and free expression. But now he’s blacklisted for holding the following “unacceptable” opinions, which are not unacceptable at all…

Of Dave Chappelle’s recent, controversial, and 100 percent accurate Netflix special, Gilliam said to his half-million or so Facebook followers: “I’m encouraging all of you to watch Dave Chappelle’s new show, The Closer, on Netflix. To me, he’s the greatest standup comedian alive today: incredibly intelligent, socially aware, dangerously provocative, and gut-wrenchingly funny.”

Of the #MeToo movement, after calling Harvey Weinstein a monster, Terry Gilliam said in 2018 that there are “plenty of monsters out there… There are other people [still] behaving like Harvey” in the film industry, abusing their power for sex.

“It is a world of victims.” He added. “I think some people did very well out of meeting with Harvey, and others didn’t. The ones who did knew what they were doing. These are adults, we are talking about adults with a lot of ambition.”

“It’s crazy how simplified things are becoming,” Gilliam explained. “There is no intelligence anymore and people seem to be frightened to say what they really think. Now I am told even by my wife to keep my head a bit low.”

“It’s like when mob rule takes over, the mob is out there they are carrying their torches and they are going to burn down Frankenstein’s castle.”

Also, in 2018, Gilliam responded to the absurd idea that Monty Python’s Flying Circus was too white with the quip, “I tell the world now I’m a black lesbian.”

The thing about Gilliam is this: he’s satirized traditional, conservative ideas and social norms with unbridled glee for most of his career. Religion, capitalism, etc. He’s a full-throated liberal humanist who so despised George W. Bush, he renounced his U.S. citizenship in 2006.

But, you see, if you are going to be a true and principled liberal humanist in 2021, that puts you at odds with fascist, left-wing woketards. They are the ones engaging in blacklisting. They are the ones crushing the human spirit with conformist demands through bullying, blacklists, and threatening people with personal destruction if they fail to prove their fealty by believing their obscene lies. Things like “men can magically transform into women,” and “climate change is real,” and “Let’s go, Brandon is racist,” and “The Shape of Water is a good movie.”

Gilliam and I probably agree on nothing politically, and the same is almost certainly true of the rest of the Monty Python crew. But because I’m not a baby, because I can take a joke, and because they all were and are comedic geniuses, few people make me laugh harder than those guys. Also, unlike the McCarthyites at the Old Vic, I happen to believe in free speech and artistic expression.