Actor Terrence Howard, the Empire co-star of disgraced actor and hate crime hoaxer Jussie Smollett broke his silence on the high-profile case. Howard said the jury found Smollett guilty, adding, “You have to respect that.”

After being asked to share his thoughts on the Smollett verdict during an appearance on Mark Vargas Mark My Words radio show, Howard said, “it’s an uncomfortable question, because anyone that’s aware of the show or my relationship with Jussie would know that Jussie is — for six years — he was my son.”

But despite the fact that he and his family “love Jussie,” Howard acknowledged that the actor has been judged by his peers and found guilty.

“They judged him and found him guilty, 12 of them that judged from a completely unbiased position — you have to respect that,” the Hustle and Flow star said of the jury in Chicago. 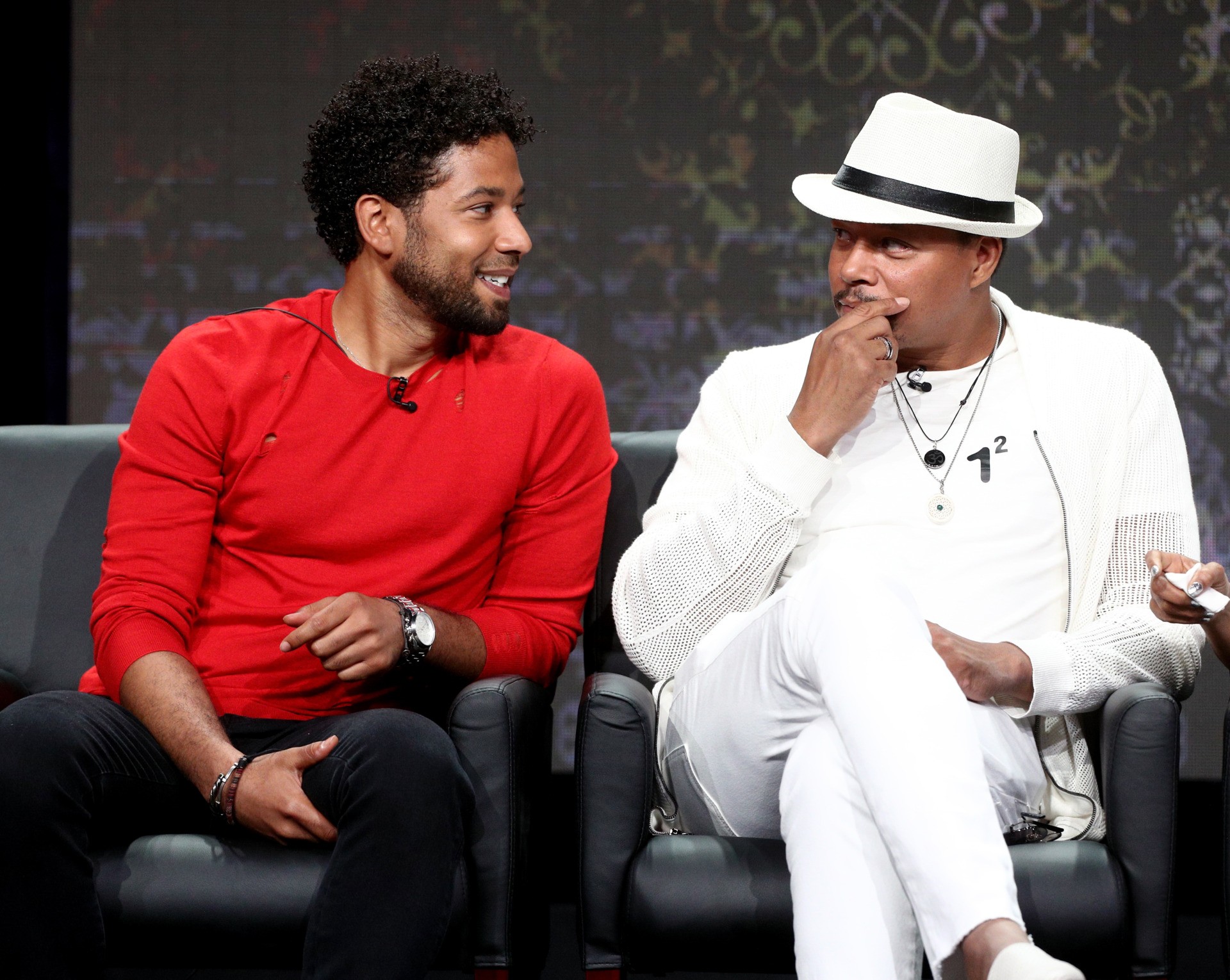 “If they had gotten away with it — whoever orchestrated it, whatever was set up — if they got away with it, then we would have the potential of blacks feeling like they need to defend black people against MAGA, and it could have turned into something very, very scary, and very ugly,” he said.

“And people would have gotten hurt and killed, and if that was the case, the blood on someone’s hands would have been massive,” Howard added. “I’m very glad that it’s over, and I hope every found some peace in that.”

Smollett was found guilty of five counts of felony disorderly conduct for filing a false police report after he hired two brothers from Nigeria to stage a fake hate crime against him.

The class 4 felony carries a maximum sentence of up to 3 years in prison for each count — but experts believe he will likely get probation and be sentenced to community service if convicted. Smollett was acquitted of just one count of disorderly conduct.