Elon Musk, the richest man in the world, tweeted out this truth Tuesday: “The woke mind virus is making Netflix unwatchable.”

Whether you find Musk’s apparent red-pilling cynical or sincere, he’s not wrong about Netflix. On Tuesday, we learned the shocking news that rather than adding 2.5 to 2.7 million subscribers, as was expected, for the first time in 11 years, Netflix lost 200,000 subscribers.

What’s more, Netflix announced it expects to lose another two million this quarter. 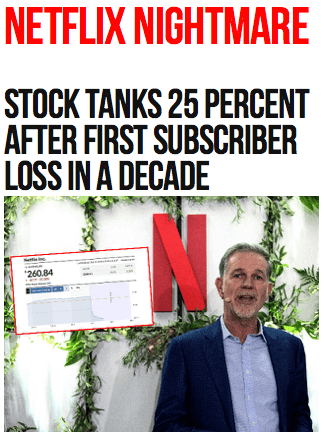 It’s also worth noting that the pro-groomers at Disney have seen their stock tank 31 percent.

What’s more, financially, Netflix is in much better shape than a few years ago. Netflix is no longer in a vicious circle of borrowing hundreds of millions to create original content and begging for more. With 219 million monthly subscribers, Netflix brings something like $2.5 billion  — with a “B” — each month.

To begin with, Netflix is no longer alone. Over the past few years, most especially from Disney+ and HBOMax, Netflix has not only been hit with real competition for streaming dollars but its library has also been drained of the TV shows and movies owned by competing streaming services, who are taking them back for their own libraries.

A real problem, though, is that almost all of Netflix’s original content sucks the big one.

Go back 15 years and look at what I was writing about Netflix. I’m not the brightest light in the harbor but once I got a taste of Netflix streaming, I knew it was the future. I sang Netflix’s praises for stumbling into this curve — with what originally was a supplement to its disc rental business  — and then realizing this curve was The Future.

I loved Netflix. Not only because it was new but because streaming meant the provider had to answer to the consumer directly. This just isn’t true with cable TV, where basement-rated channels — CNN, MTV, etc. — stay on the air with the affirmative action of bundles that force customers to pay for channels they hate.

At first, Netflix delivered. There was a lot of great stuff to watch, and House of Cards, Netflix’s first serious foray into original programming, was edgy and dared to criticize the establishment, most especially Democrats and the political media. 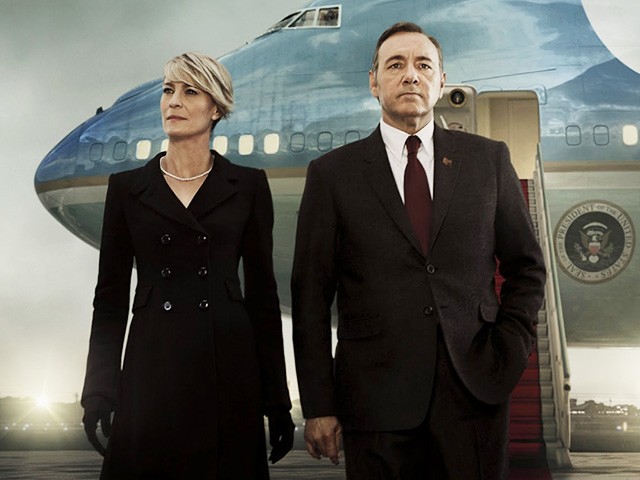 As far as I was concerned, Netflix had cracked the code.

Then Netflix kept raising its prices.

Two exceptions are The Ozarks, which ends next month, and Cobra Kai, which is about to start its fifth season. Then there’s Better Call Saul, which has remained brilliant and non-woke, but it’s an AMC show distributed by Netflix. It also comes to an end this year. All I watch on Netflix now is true crime, and even that’s not very good. The documentaries are either too long or explore the case through a woke prism, which adds no insight into what makes true crime so fascinating, and that’s what it tells us about the endlessly fascinating human condition. Woke is a lie. Therefore you don’t learn anything about anything. It’s an empty experience.

I’m sure that there’s a pony or two in Netflix’s massive pile of woke/gay/white guilt/male-bashing/anti-Christian/anti-family/pro-perversion shit, but life is too short to sort through it. And it’s such a shame because Netflix is literally spending billions and billions of dollars on garbage no one will ever watch. And when there’s competition out there, people are not going to pay $15 a month for a streaming service that holds nothing for them.

You would think Netflix would learn something from its $300 million failed experiment with Ryan Murphy, a creepy arch-woketard who’s only produced high-profile flops.

Netflix spends gazillions on original movies, and seven of its top ten are made up of old movies, five of which are more than ten years old, and two (The Call, The Cleaner) didn’t even rank as box office hits.

Among its top ten TV shows, only five are Netflix originals. Netflix literally spends billions of dollars on original programming, and its customers are mostly watching reality shows and shows produced elsewhere.

This is not sustainable.

Woke is not sustainable.

Netflix can either start delivering actual entertainment or lose its prominence and sky-high stock price.