Rep. Matt Gaetz (R-FL) is doing the Republican Party a great service.  And maybe the country, too.  He is circulating a Congressional resolution calling for a “Green Real Deal.”

The resolution aims to “position the United States as a global leader in clean energy and capture global markets as countries invest in l0w- and zero-emissions technologies.” It also seeks “to empower individuals, states, and the marketplace to act, invest, and implement the cleanest, lowest-emitting technologies available.”

In other words, Gaetz is creating a job- and business-friendly Republican alternative to the Green New Deal resolution put forth on February 7 by Rep. Alexandra Ocasio-Cortez and her fellow Democrats. That poorly conceived resolution is never going anywhere, as even Democrats, after they got a look at it, walked away from it.

In fact, just on March 26, Senate Majority Leader Mitch McConnell—always alert to a clever tactical jab—arranged for the Senate to vote on the AOC language, knowing that it was hot potato that was sure to lose.  And so it did, by a 57:0 vote, as almost all Democrats voted “present.”  Come to think of it, we also shouldn’t forget the accompanying FAQ document; you know, the one that included the crackdown on cow farts and a guaranteed income for those unwilling to work. 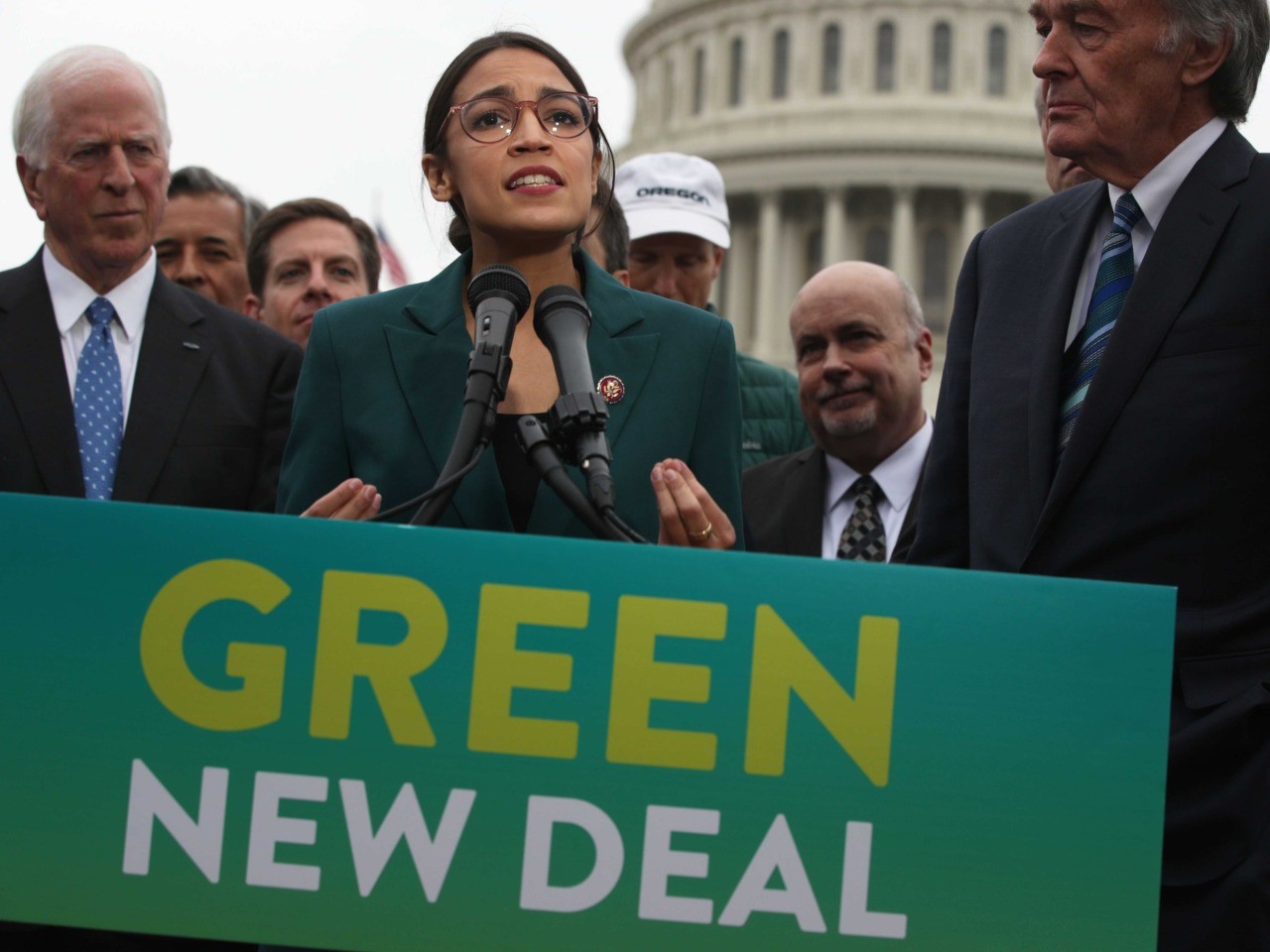 Rep. Alexandria Ocasio-Cortez (D-NY) speaks at a news conference in front of the U.S. Capitol in Washington, DC, on February 7, 2019, to unveil her Green New Deal resolution. (Alex Wong/Getty Images)

For his part, Gaetz is sincerely convinced that he is addressing a real problem. As he said in a March 12 tweet, “Climate change is real.  Humans contribute.”

Yet others can observe that politics might be at play.  That is, if there’s pressure to do something, politicians tend to do it.  That’s what happens in a democracy; public servants listen to the people.

Still, Gaetz’s willingness to get out front on the green issue is notable, because he’s a junior member, not assigned to any environmental committee in the House.  Plus, of course, as a fixture on Fox News, he’s best known for his stalwart defense of President Trump.

To be sure, many on the right will say the best response to the climate issue is no response, because none is justified.  That is, it’s better simply to tell the greens to go … you know.  After all, the American Enterprise Institute estimates the cost of the Green New Deal as $9 trillion a year–almost half of our total economic output. Indeed, Rep. Mike Bishop (R-UT) said on March 14 that the Green New Deal was “tantamount to genocide.”

And Gaetz himself is opposed to the Democrats’ plan; as he told Vice News on March 25, “If we embrace a regulatory-centric approach to climate change, we will not reduce pollution, we will merely export it.”  That is, mere heavy-handed regulation will chase American industry, and jobs, to less regulatory countries.  Gaetz’s idea, instead, as we shall see, is clean-energy innovation, including the cleaning up of carbon fuels.

In the meantime, one can be skeptical about climate change—and there’s no shortage of climate skepticism here at Breitbart News—and still acknowledge that it’s an issue that has to be dealt with.  That is, if you’re a politician, and your constituents are raising concerns about a given issue, it’s best to have something to positive to say.  By contrast, telling them that they’re misinformed, and thus wrong to raise the question, well, that’s not a particularly good answer.  As they say, soft answers turneth away wrath.

One senior Republican who holds this view is Sen. Lamar Alexander of Tennessee: “It’s important to have a Republican message on climate change that’s clear,” Alexander told reporters on March 25.  “It’s clear why we’re opposed to the Green New Deal — it’s an assault on cars and cows and combustion — but it’s not as clear what we’re for.”

Indeed, if we want to get into the political weeds a bit more, we can observe that Gaetz is doing more of a favor to the Republican Party as a whole than he is for himself.  That is, there are still plenty of Republicans representing blue or purple states, where green activism is a real force.  So with his Green Real Deal, Gaetz is giving these endangered GOPers some cover.  Yes, we Republicans have a plan, too!

Interestingly, Gaetz himself has a safe district in Florida’s conservative panhandle; it’s been in Republican hands steadily since 1995, and he was re-elected last year with more than 67 percent of the vote.

We might further note that irrespective of the merits of the issue, the pressure on climate change is increasing.  For instance, just on March 19, a federal judge in Washington State ruled that the Trump administration was in violation of federal law—that is, by not considering the impact of climate change as it sought to open up federal lands in Colorado, Utah, and Wyoming to oil drilling.  In the words of Wyoming’s Republican governor, Mark Gordon, “Bringing our country to its knees is not the way to thwart climate change.”  In other words, no energy, no economy, no country.

Unless something changes, there could be a lot more of this sort of judicial activism in the future.  In fact, if we think back to the last half-century of bench-based crusading, there’s plenty of reason to fear the road ahead.  Surely it’s at least possible that some judge will rule that more oil drilling—and who knows, perhaps all oil drilling—is in violation of the National Environmental Policy Act, or some other statute.  Yes, most likely, some court, somewhere, would eventually put a crimp on such overreach, and yet, in the meantime, the economic dislocation of litigation already is severe, as is the case with fights over pipelines across the country.

So we can see: Gaetz is smart to put a Republican vision forward, as a way of preempting green activism.  And who knows, perhaps it’s also solving a real problem.

Moreover, what’s most encouraging about Gaetz’s vision is that it puts heavy emphasis on carbon capture and storage (CCS).

CCS is simple, really.  If carbon-based fuels are putting carbon dioxide into the atmosphere, then let’s take the CO2 right back out.  As Gaetz’s resolution reads, one key goal is “driving investment in carbon capture storage, carbon capture and use, and otherwise reducing or achieving net-zero emissions from fossil energy.”

With viable carbon capture, we could have our cake and eat it, too; that is, we could burn our fossil fuels and not worry about any impact on the climate.  Indeed, CCS could open up the prospect of burning more fossil fuel.  And that could be a windfall for the U.S.; back in 2013, the Institute for Energy Research estimated that the total value of oil and natural gas, just on federal lands and waters, was $128 trillion.  That’s right, trillion with a “t.” (And we could add to that total, potentially, the value of oil and gas that is not on federal property, as well as, of course, the potential abundance of clean coal.) 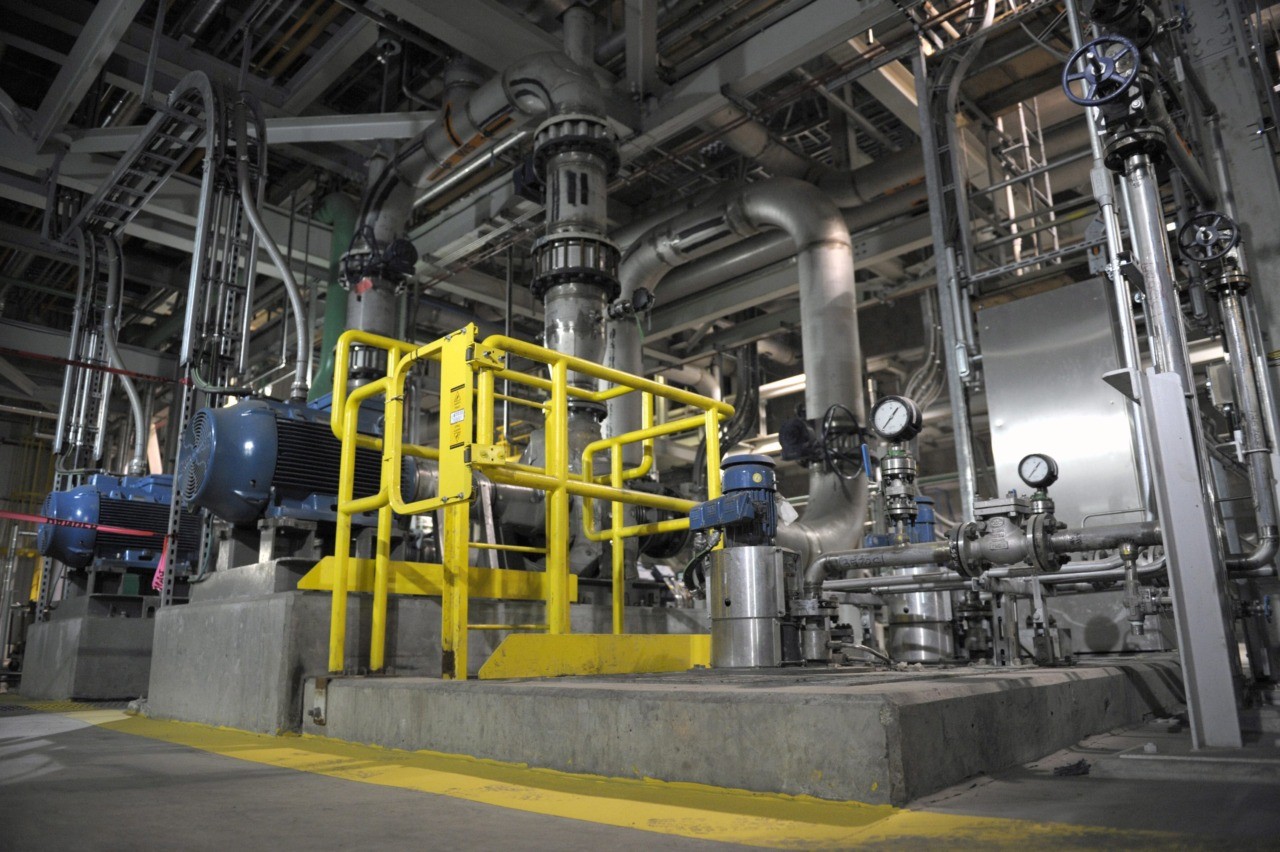 So it’s little wonder that the carbon-capture idea has been gaining momentum.  In an important op-ed published last December in The New York Times, Sen. John Barrasso (R-WY), chairman of the mighty Environment and Public Works Committee, zeroed in on CCS:

Groundbreaking new research in the area of carbon utilization to turn emissions into productive commodities, and even direct air capture of carbon dioxide from the atmosphere, also hold keys to major emission reductions. We have made meaningful progress on bipartisan legislation to help researchers engaged in cutting-edge carbon capture and utilization technologies.

And now Gaetz is getting the House Republicans in the game. Good.

And what would be even cooler, as this author has argued, would be to turn carbon dioxide into a solid—you know, as green plants have been doing for billions of years.  So if we put our national noggin to work on a project that Mother Nature has long mastered, we could figure out how to solidify carbon, by turning it into landfill, plastic, carbon nanotubes, and even—get this—more carbon-based energy.  The non-profit group Carbon 180 has it exactly right when it says, “Carbon is much more than mere waste.”

Would all this effort be expensive?  Maybe, at least at first, until the kinks are figured out; after that, as with all things technological, the cost would surely plummet.  And in any case, carbon capture is cheaper than bringing the U.S. economy to its knees, as Wyoming’s Governor Gordon says.

Admittedly, much of CCS technology is still speculative.  Yet all of American history—indeed, all of scientific and technological history—tells us that where there’s a will, there’s a way.

And Matt Gaetz is leading with the will.