Australia’s Prime Minister Scott Morrison said Monday he is undecided about attending the U.N.’s COP26 climate change conference in November as he is sick of quarantining after foreign trips.

The conservative coalition leader said he has “not many any final decisions” on attending the giant summit in Glasgow, Scotland, which will attract up to 25,000 government figures, media, and environmental campaigners who will all fly in from around the world for two weeks of talking.

“It’s another trip overseas… and I’ve spent a lot of time in quarantine,” Morrison told the West Australian newspaper. 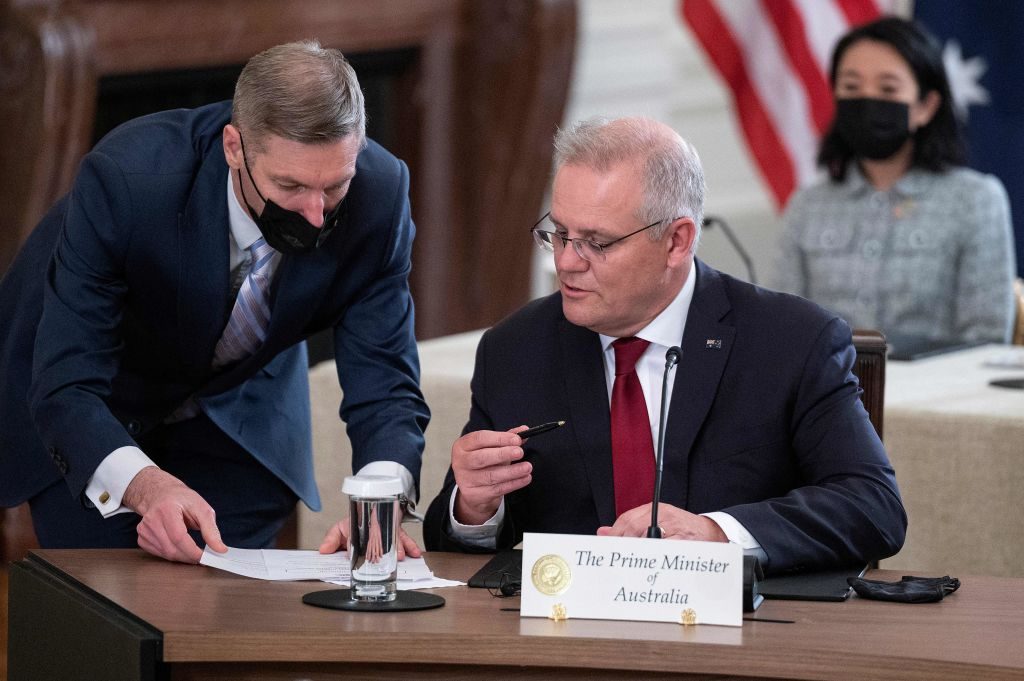 “I have to focus on things here and with Covid. Australia will be opening up around that time. There will be a lot of issues to manage and I have to manage those competing demands,” he added.

Morrison recently arrived back in Canberra from an official visit to the United States to meet with President Joe Biden and UK Prime Minister Boris Johnson after the announcement of a new nuclear submarine partnership.

He has also travelled to Japan and the UK since the beginning of the pandemic, although UK Prime Minister Boris Johnson has already said existing coronavirus restrictions will be relaxed for the gathering.

Rules for Thee and Not for Me: UK to Relax Travel Restrictions for UN Climate Conference https://t.co/mkowWGcR8H

Foreign Minister Marise Payne said the government was still working through who would represent Australia at the event, ABC News reported.

“It is a significant undertaking, as you know it involves the two-week domestic quarantine as well, so no final decisions have been made,” she said.

If Morrison decides not to fly to Glasgow, he will be at odds with the likes of John Kerry, whom President Joe Biden appointed as the United States special presidential envoy for climate, who said in an interview with the BBC only nine years remain to save the planet from so-called manmade climate change.

As Breitbart News reported, Kerry said of the Glasgow meet “In my judgment, it is the last best chance the world has to come together in order to do the things we need to do to avoid the worst consequences of the climate crisis.”

China’s President Xi Jinping, leader of the world’s single largest CO2 emitter, is also undecided if he will attend in person.