Today’s terrorist attack at the Charlie Hebdo magazine was widely covered by citizen journalists and professional photographers. Many added photos to social network sites, here are a collection of the pictures that illustrate the horror of the day. 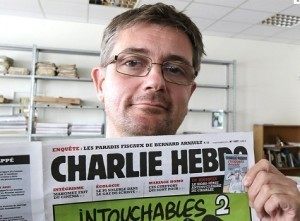 The Editor of Charlie Hebdo, known as Charb, who was murdered today. Credit: AP 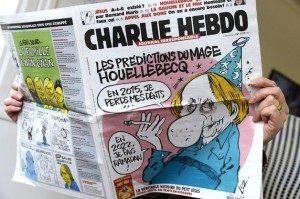 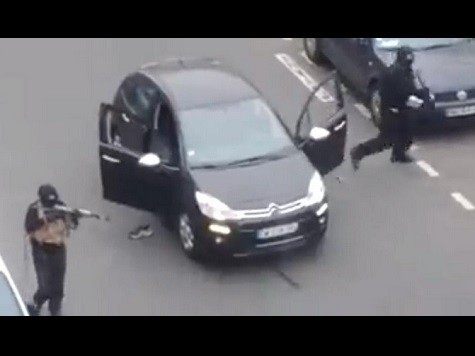 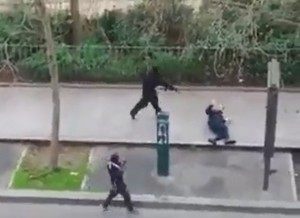 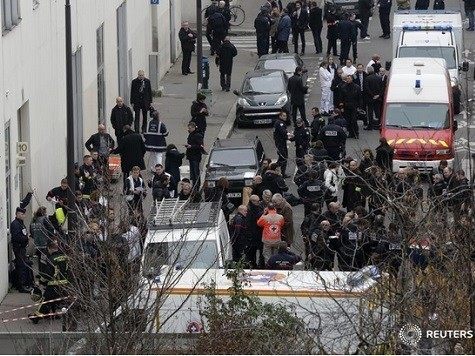 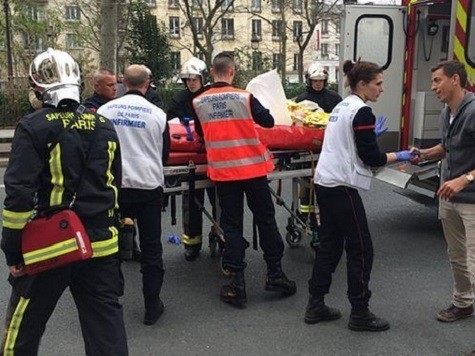 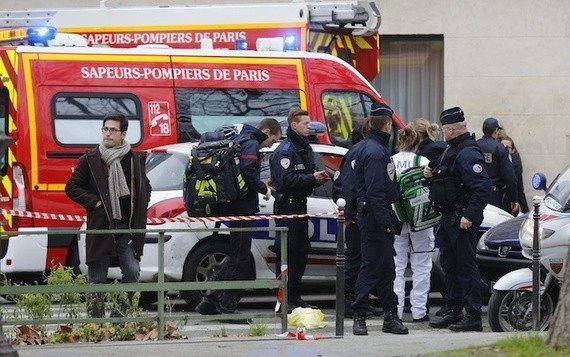 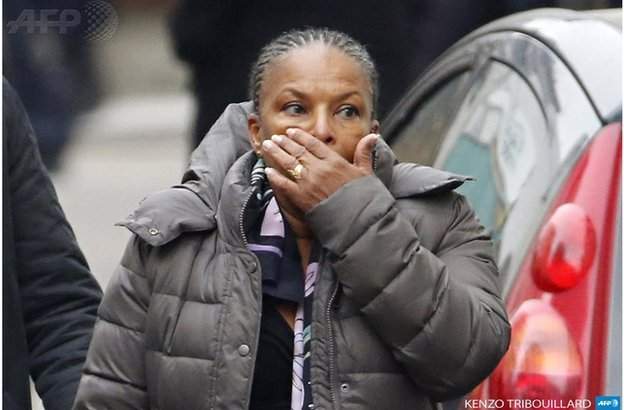 A woman is shocked by news of the killings. Credit: AFP 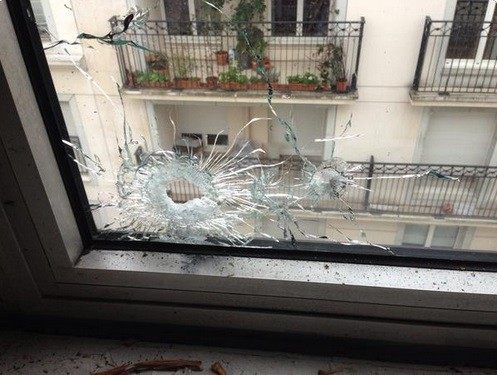 Bullet hole in a window of a nearby building. Credit: Yve Cresson 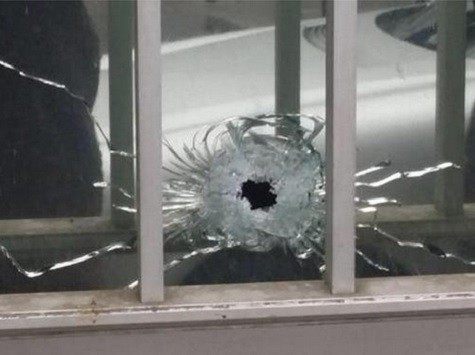 A second bullet hole shows how many shots were fried. Credit: Twitter 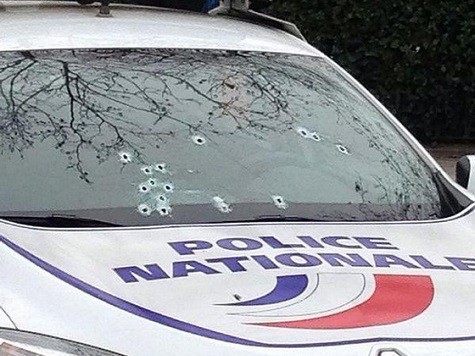 A Police Car was also peppered with bullets. Credit: Twitter 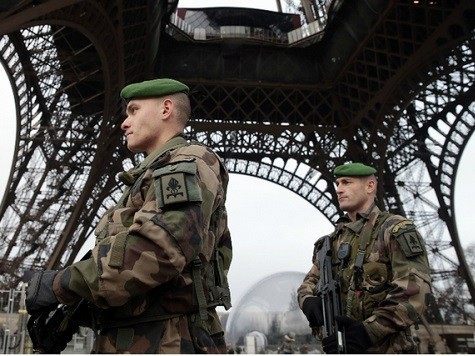 People take to Twitter to express their defiance. Credit: OECD 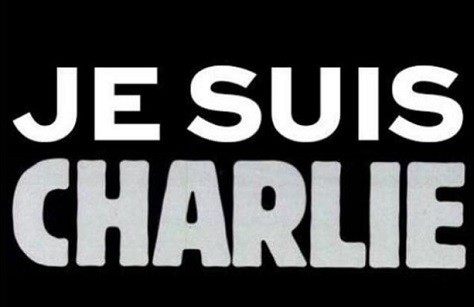 The latest meme on Twitter is #JeSuisCharlie (I am Charlie) Credit: The People of France 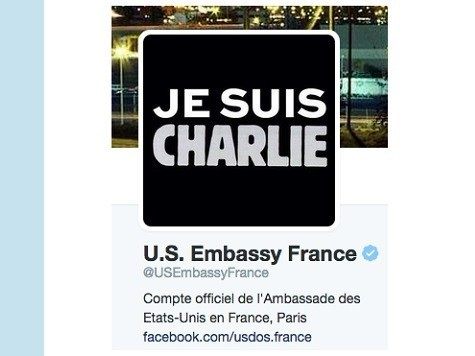 The American Embassy in Paris joins in. Credit: US Embassy/Twitter 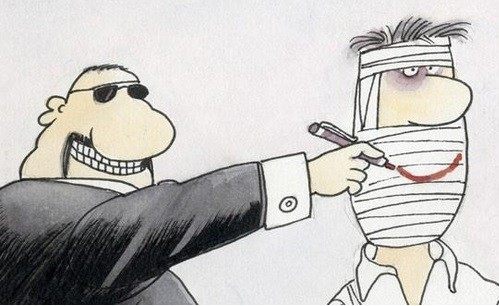 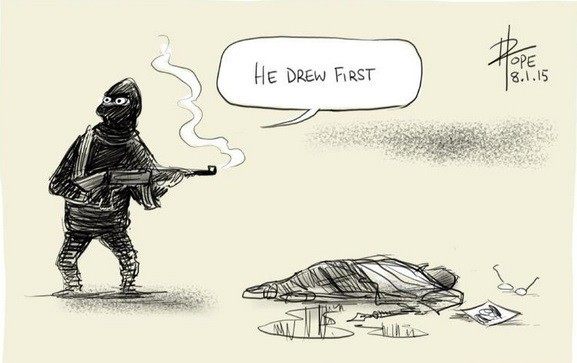 Artist David Pope drew this because of his sadness at the attack. Credit: David Pope