A Japanese zoo has bowed to pressure and opted not to name a baby monkey Charlotte, after the newest arrival to the British royal family.

The Takasakiyama Natural Zoological Gardens in Oita Prefecture, southern Japan invited visitors to vote for the name of the first monkey born this year – something which is a tradition, the Telegraph reports.

The macaque was found by zoo staff clinging to its mother on Wednesday morning, having been born the day after Princess Charlotte Elizabeth Diana of Cambridge.

The birth of the fourth in line to the British throne has attracted a great deal of media coverage in Japan and the baby monkey was consequently named Charlotte in honour of the little Princess scoring 59 of the 853 votes cast. Second in the results tables was Elsa, another, albeit fictional, princess from the Disney film Frozen character. 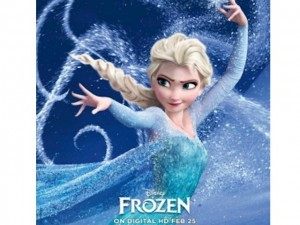 Following the announcement, the zoo was said to have received a “barrage” of phone calls and complaints via email from members of the public demanding the name be changed as it was an insult to name a monkey after the new baby.

According to Kyodo News, the callers urged the zoo to reconsider the choice, asking them what they would have done had the little monkey been named after a member of the Japanese imperial family.

The zoo is apparently discussing an alternative name for the monkey with the blonde haired Queen Elsa being the likely option.