LONDON, United Kingdom – A left-wing protest “vigil” designed to call on UK Prime Minister David Cameron to “do more for migrants” struggled to attract 100 people onto the streets of Central London last night.

Organisers from the Socialist Worker Party were also handing out leaflets for a winter appeal ahead of a sister group – Stand Up To Racism (SUTR) – taking their protest to the French port of Calais.

The leaflet said in part: “We ask people to collect cash at work, trade union branches or elsewhere and buy SUTR festive cards which they will take over  to Calais with your solidarity messages and collections for refugees. (Please note we will keep a small percentage of donations to sustain our @refugees welcome here’ political campaign) “

A video of the group can be seen below.

Organisers claimed their action was necessary because “Refugees are currently living in atrocious conditions in Calais, at the borders of Hungary and other parts of the Europe. Cold, wet autumnal conditions mean new born babies are suffering with hypothermia and aid agencies struggling to cope, do not have enough blankets to give them.”

Below are exclusive pictures from Breitbart London, which show the slim level of support for the group. 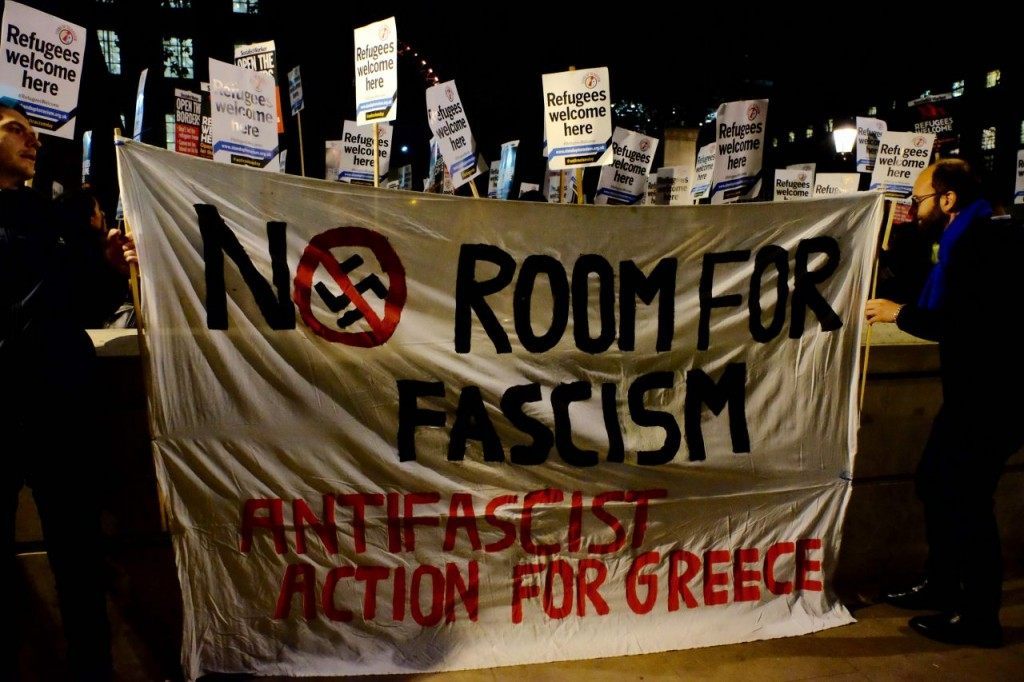 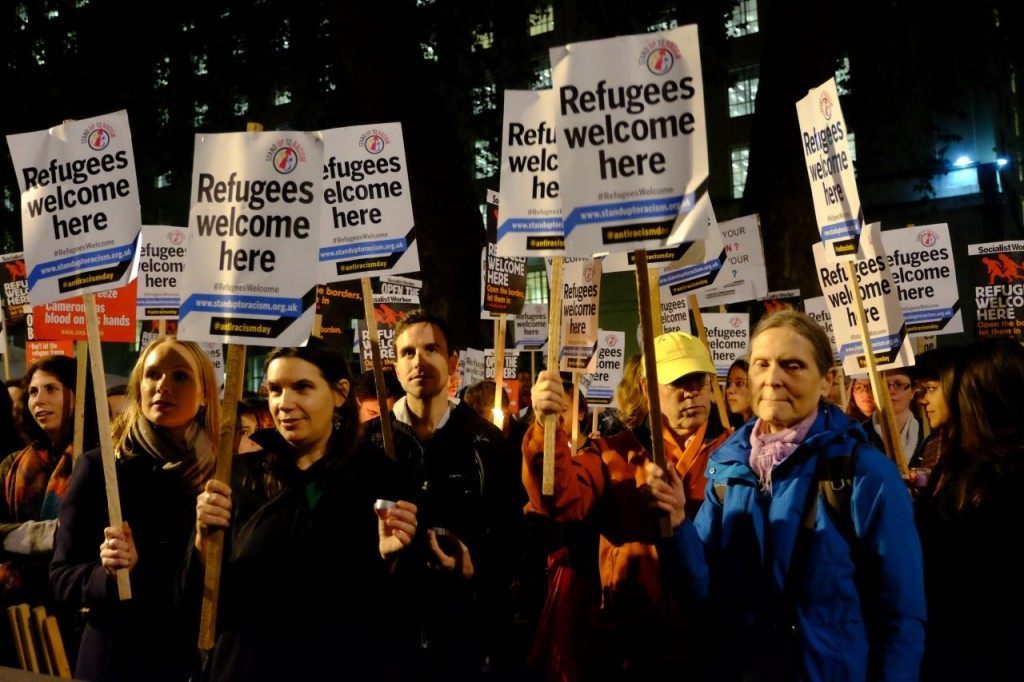 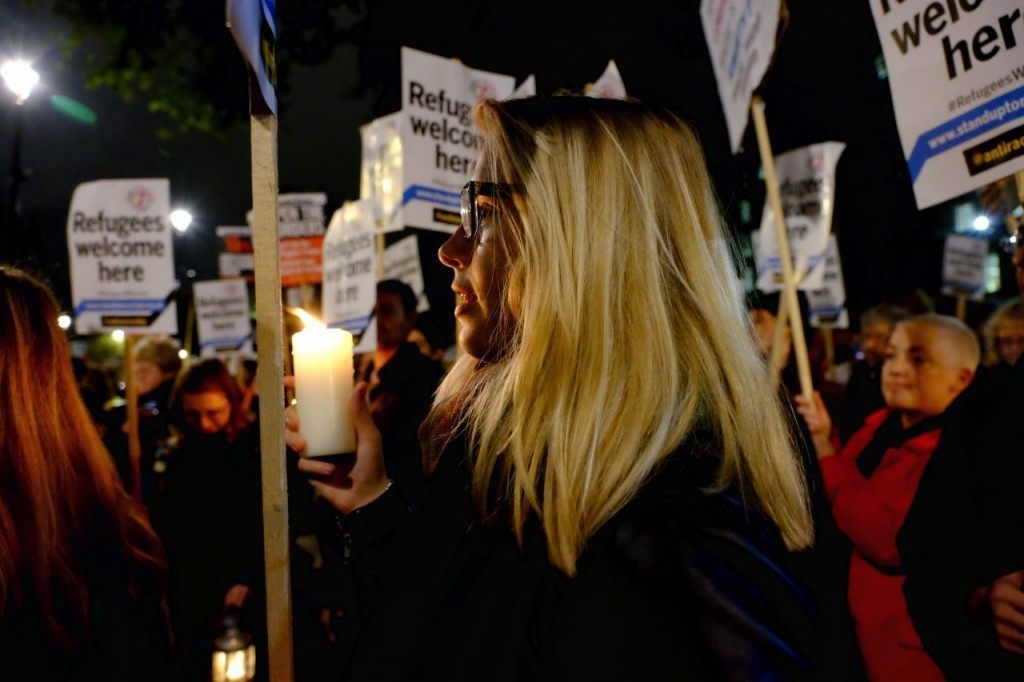 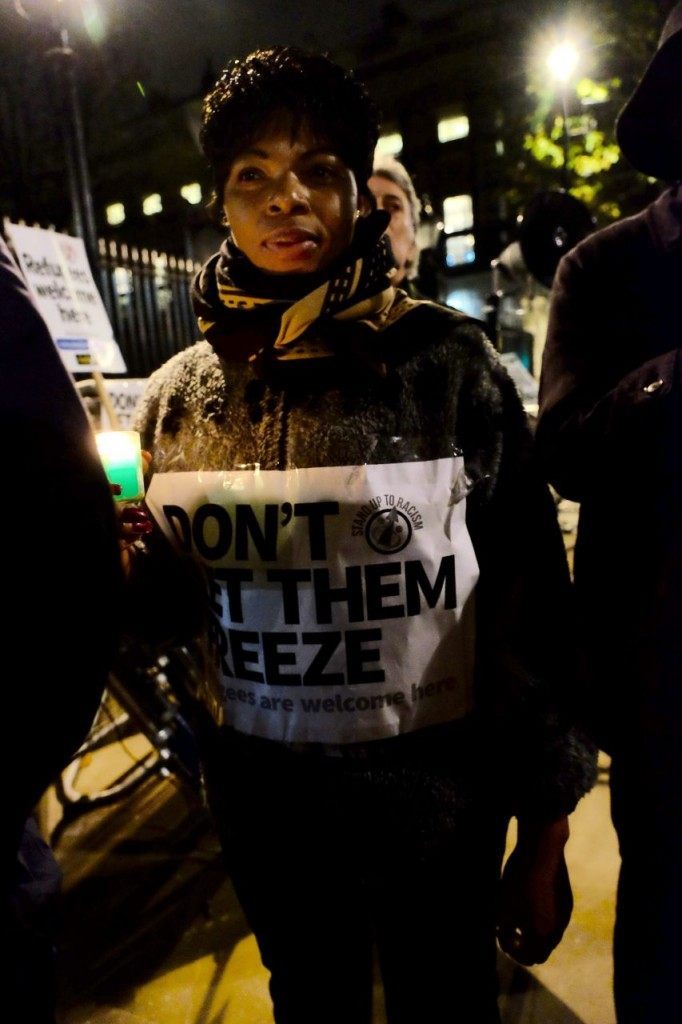 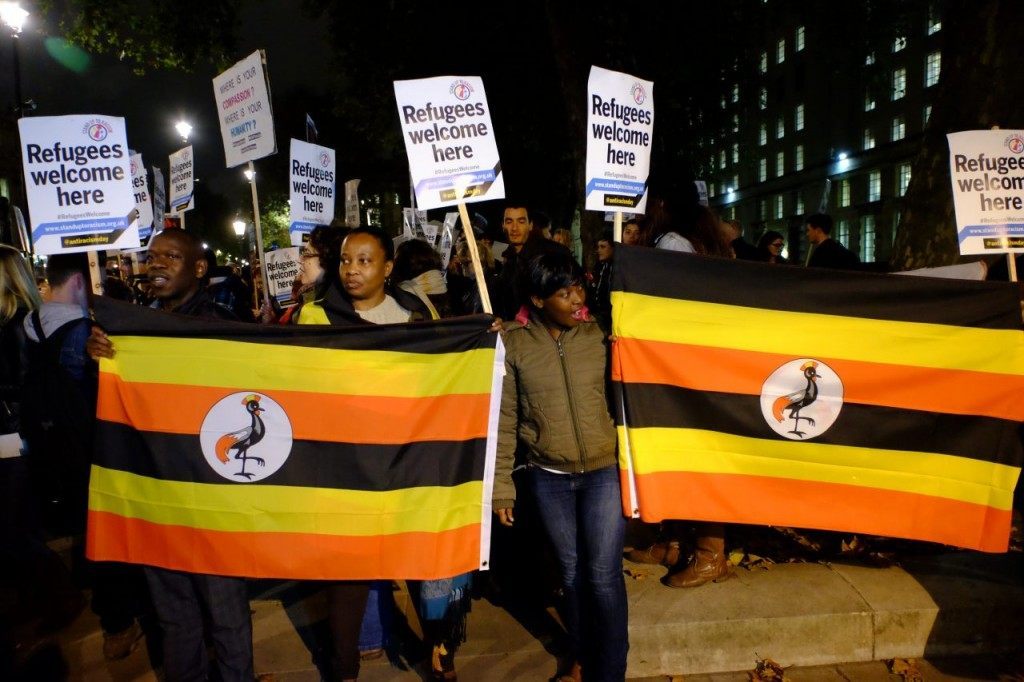 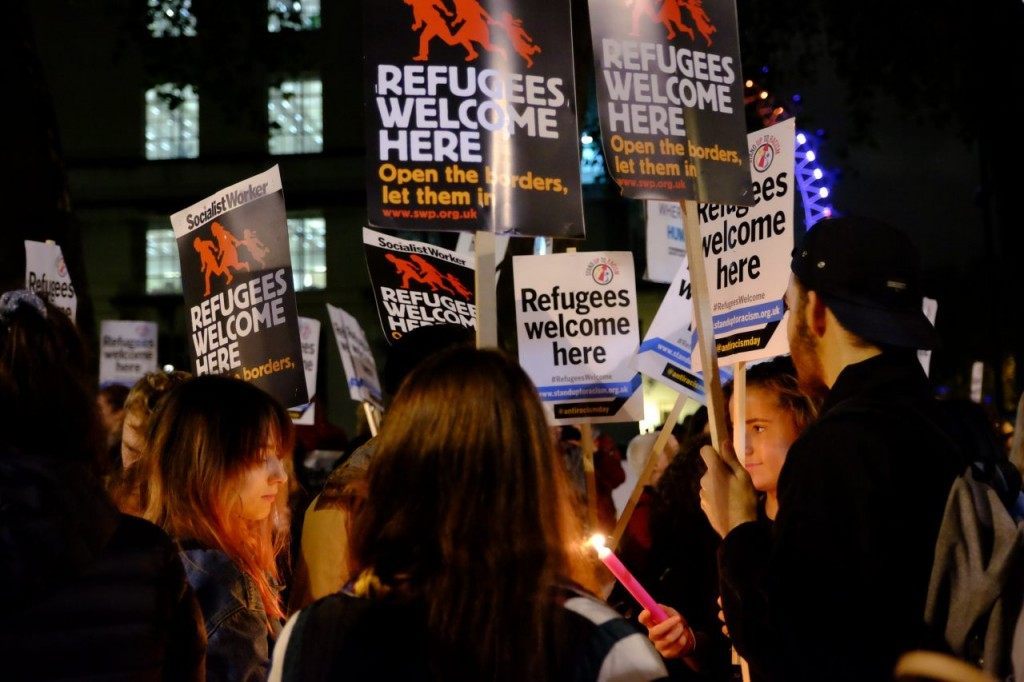 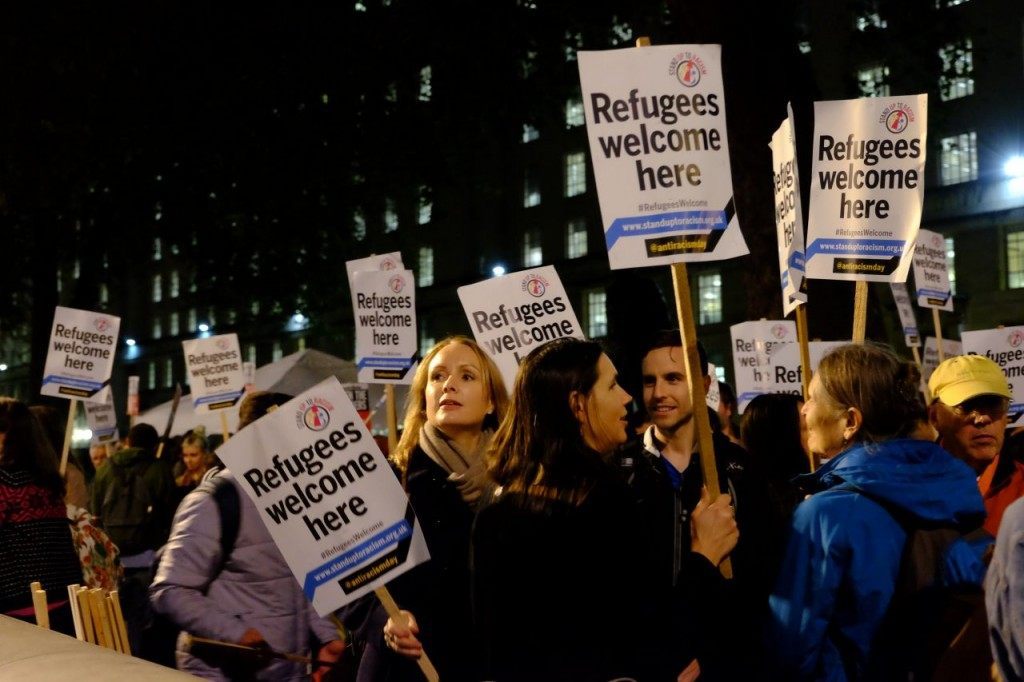 Other placards were provided by “Stand Up To Racism”, a known hard-left group (Breitbart London/Rachel Megawhat) 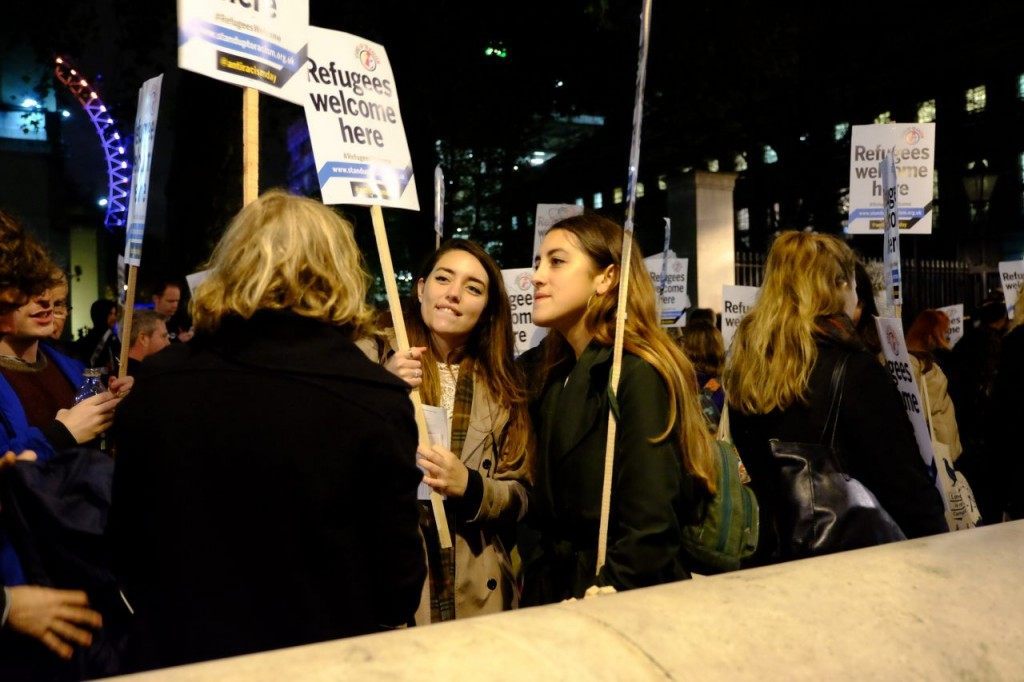 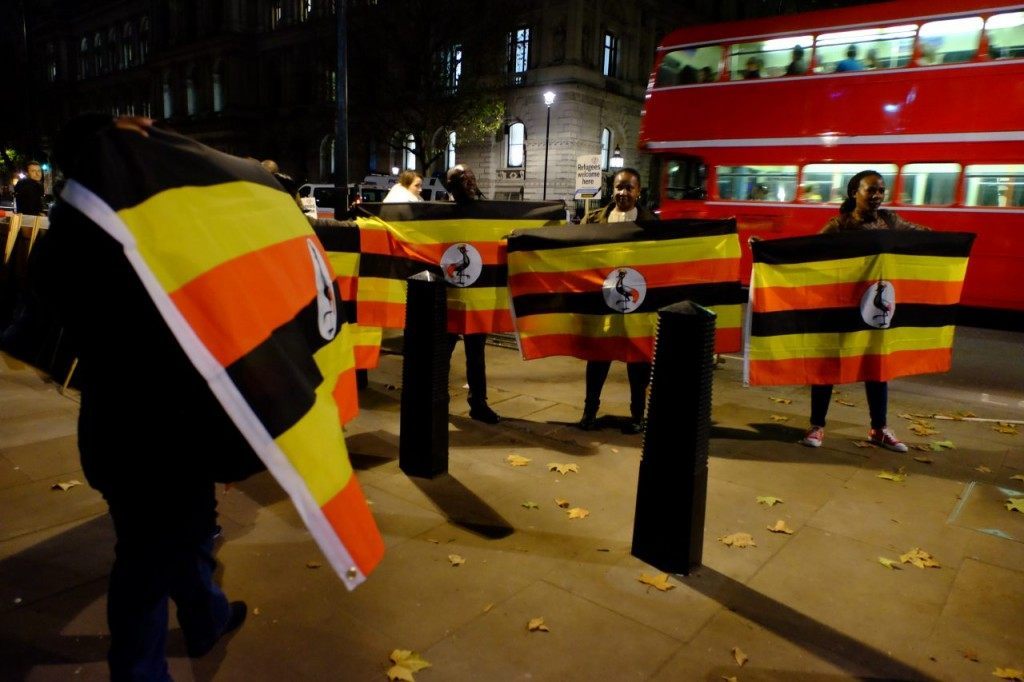 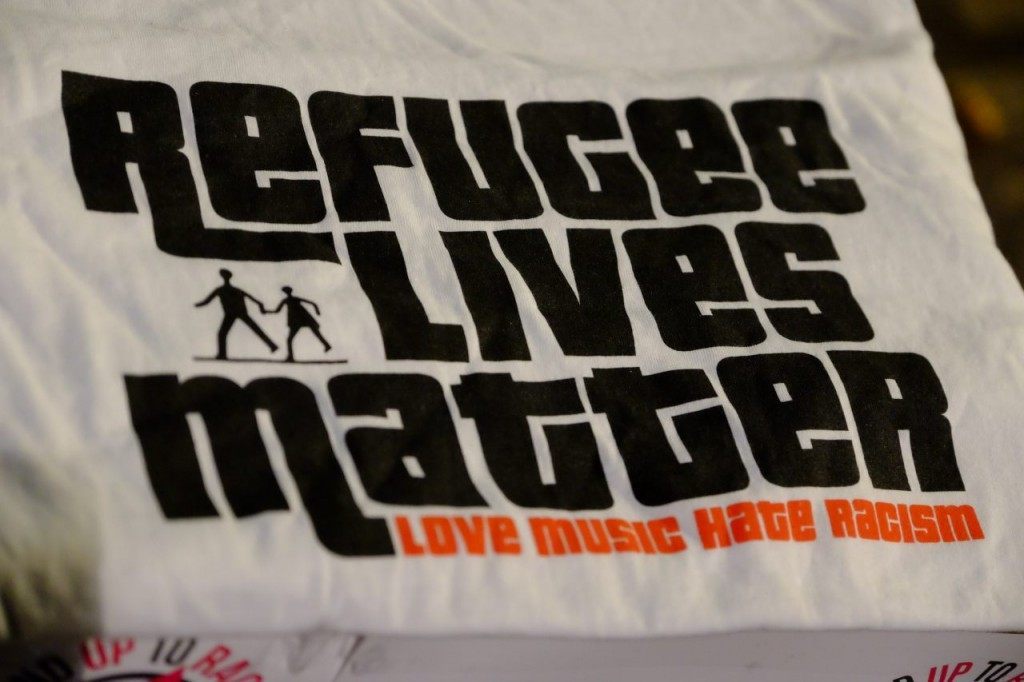 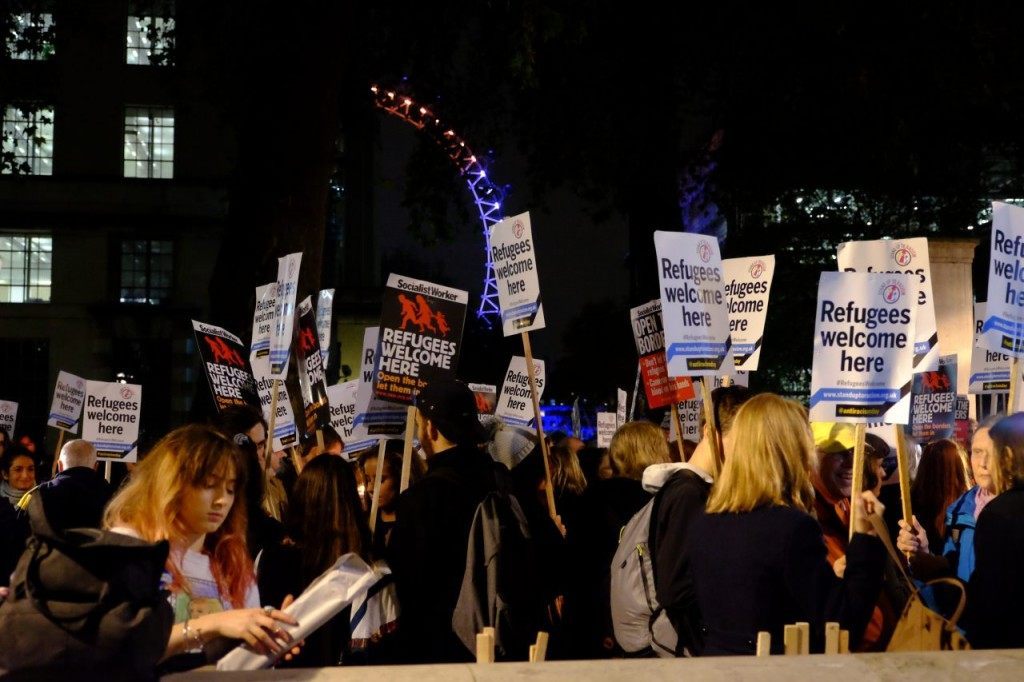