One of Prime Minister Theresa May’s closest allies in the cabinet has promised the UK will leave the European Union (EU) and single market, taking back full control of its borders.

“It is not hard or soft, it is full Brexit. We are leaving the European Union,” said Conservative Defense minister Sir Michael Fallon, who backed ‘Remain’ but is now adamant that the UK will break free of EU institution.

Many pro-EU campaigners have pointed to the lack of a clear government plan as evidence that it is unclear what Brexit means, and could include keeping the UK shackled to the single market and free movement rules.

“It is full Brexit. We are working up a plan”, Mr. Fallon told the Express. “The Government didn’t have a plan on June 24, that’s because the Government was arguing for Remain.”

“We weren’t drawing up a plan because we were hoping to win the referendum”, he added. “Now we are getting down to it and plotting the negotiation strategy which will take us out.”

Early signs indicate that ‘project fear’ was completely misguided, and the UK economy is thriving after the Brexit vote, and Mr. Fallon is confident about the future if the UK gets the right deal.

“There are huge opportunities out there but we have to leave in a way that does not jeopardise our existing trade with the rest of the EU”, he said.

“The initial economic indicators are looking better but we have to make a success of the exit and that is going to require a huge amount of work on our side and the European side too.” 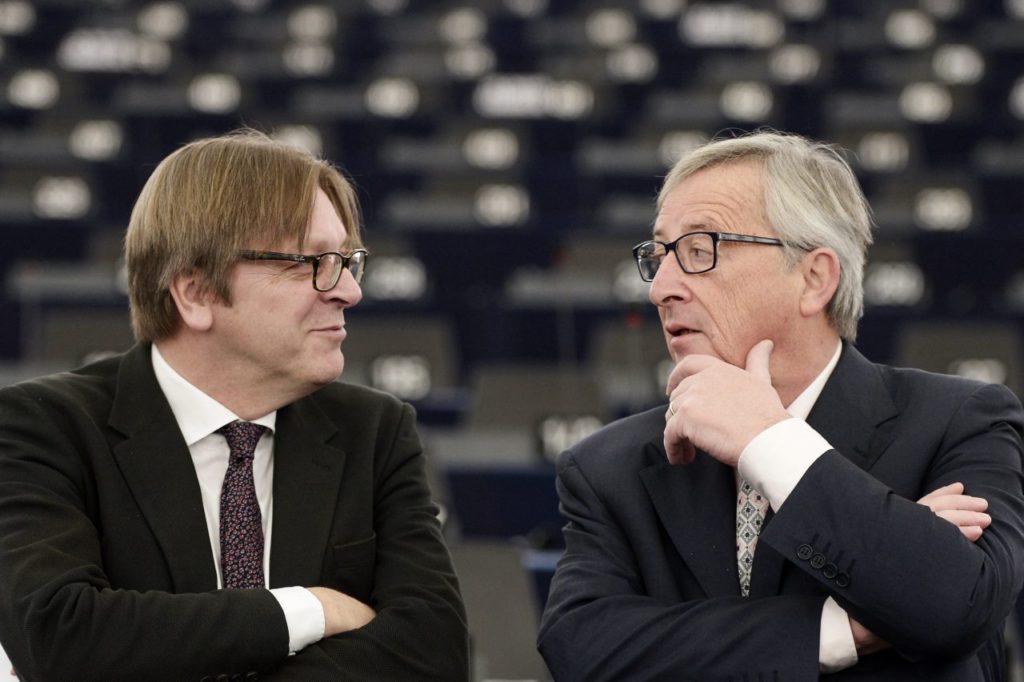 The Defense Minister, who is strong supporter of NATO, also hit out at plans for an EU army which were suppressed by France and Germany before the referendum. The move toward a unified EU army now being spearheaded by the anti-British former Belgium Prime Minister who has been appointed to lead Brexit negotiations.

“This [Guy] Verhofstadt – is he a serious man?” Sir. Michael asked: “We have spent twice as much on our defence as Mr. Verhofstadt’s country and we will go on defending the security of Europe.

“It is Britain, not Belgium, that is going to be leading the NATO rapid response force and it is Britain and not Belgium that is putting troops into Estonia and Poland next year.”

He explained that Belgium and five other EU nations were spending less than half of the 2 per cent of national output that should be earmarked for defence spending under NATO rules.