ROME — Dutch bishop Rob Mutsaerts said this week that last fall’s Vatican Synod on the Amazon was a smoke screen to sneak in the issues of married priests and female deacons.

The official post-synodal text by Pope Francis has reportedly been completed and will be released in the next month, with some hoping and others fearing that the pontiff will open the door to ordaining married men to the priesthood when necessary for “pastoral” reasons.

“Let’s hope that Pope Francis destroys the final document of the Amazon synod,” said Mutsaerts, the auxiliary bishop of ‘s-Hertogenbosch (Netherlands), “but there is little chance of it.”

In an interview with the Italian daily Il Giornale, the bishop had harsh words for the synod, saying it had “deceived the faithful and made a mockery of the faith,” adding that in this synod the Church had “invested itself in something outside its mission of leading the faithful toward Christ.”

Mutsaerts believes, moreover, that the synod, held in the Vatican in October 2019, was a “cover” to smuggle in a progressive agenda for the whole Church under the guise of addressing specific, local problems. 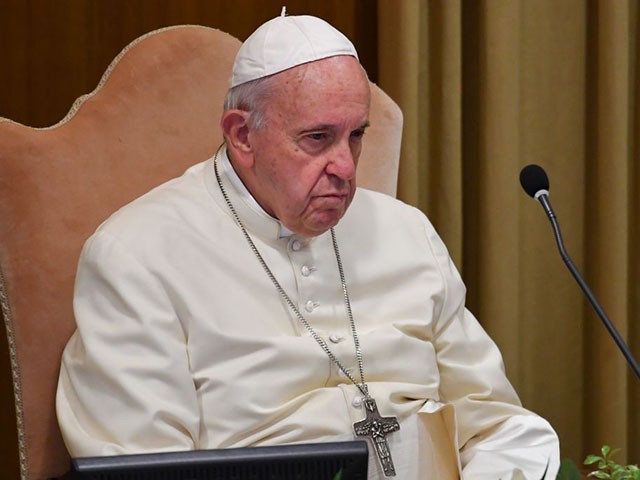 Pope Francis looks on during the morning session of the Special Assembly of the Synod of Bishops for the Pan-Amazon Region on October 8, 2019 in the Vatican. – Pope Francis is gathering Catholic bishops to champion the isolated and poverty-struck indigenous communities of the Amazon, whose way of life is under threat. (ANDREAS SOLARO/AFP via Getty Images)

“The key words of the final document of the Synod were not Mother Earth and ecosystem, but viri probati, women deacons and Amazon rite,” the bishop said, pointing to progressive Brazilian Cardinal Hummes as a key player in pushing the final document in this direction.

“Of course, the consequences will not be limited to the Amazon region,” Mutsaerts said. “Pandora’s box is open and there will be implications for the whole Church. Local bishops, beginning with the Germans, will ask for the same thing.”

Mutsaerts said the push for ordaining married men in the Amazon region is a sham, since their situation is not very different from many other parts of the world.

“Eighty percent of the Amazon population lives in large cities,” the bishop said, and therefore “the problem of the lack of priests is not different from that of many other areas of the world.”

The problem, he insisted, is not so much a lack of priests as “a lack of faith,” which is not resolved by ordaining married men, as is evidenced by the situation in other churches that have married clergy.

“It’s enough to look at what is happening in the Anglican Church where married priests are common,” he said. “The crisis in other churches is bigger than that of the Catholic Church and the collapse of the faith is dramatic.”

All the synod brought was “confusion and controversies,” the bishop said. “It had nothing to do with revelation, redemption or what is essential in Catholic teaching.”

“Even Jesus was barely mentioned,” he said.

The bishop’s interview took place in the midst of a brouhaha over a new book on the importance of a celibate priesthood with a section written by emeritus Pope Benedict. The book has been seen by some as an attempt to persuade Pope Francis not to accept the idea of married priests in his post-synodal apostolic exhortation.