ROME — Pope Francis urged a group of university students Sunday to fight off the “virus of individualism” by giving their lives in service of others.

“In these confused times, made even more complex by the pandemic, I repeat to you: do not allow yourselves to be robbed of hope!” the pontiff exhorted in a video message to students at the University of Milan.

“And don’t let yourself be infected by the virus of individualism,” he insisted. “This is bad, and it does harm.”

“The university is the right place to develop antibodies against this virus,” he said, because “the university opens the mind to reality and diversity; there you can put your talents into play and make them available to everyone.”

“As students of the Catholic University of the Sacred Heart, you belong to a community of studies with solid roots, from which you can draw on for your training and to renew, every day, the enthusiasm to move forward and assume your responsibility in society,” the pope declared. 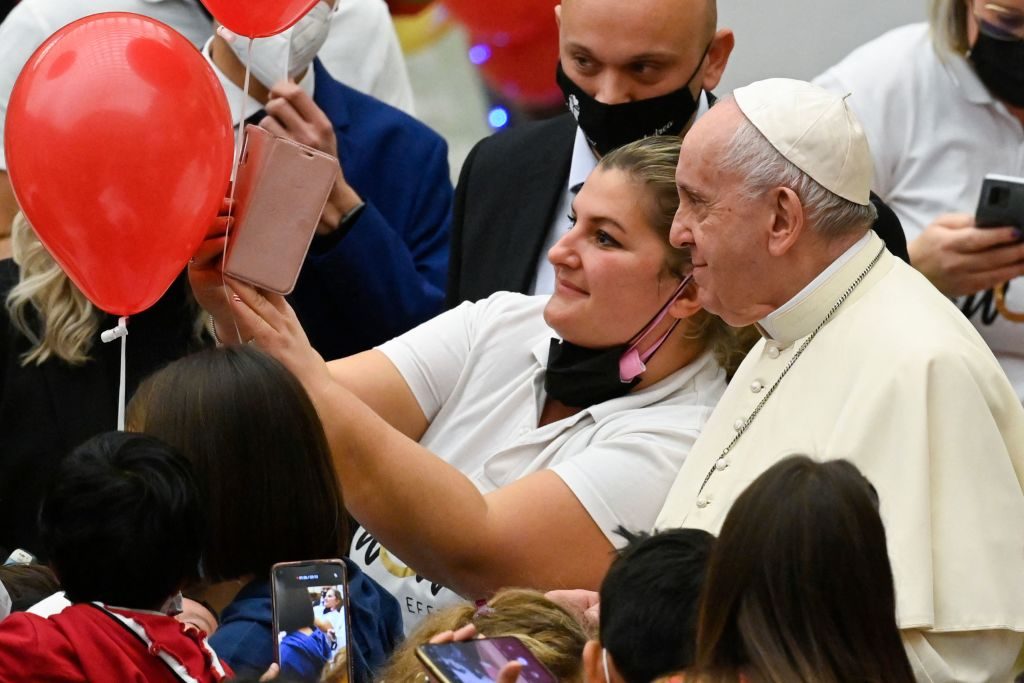 Pope Francis poses for a selfie during an audience to children cared for by the Santa Marta Dispensary, on December 19, 2021 at Paul-VI hall in The Vatican. (ALBERTO PIZZOLI/AFP via Getty)

“Do not become traditionalists of the roots,” he continued. “No, take from the root to grow, to move forward, to stake your life on it.”

In order not to succumb to the virus of individualism, Francis proposed the image of an orchestra, where each instrument has a contribution to make to the whole.

“Without the daily work of each of you, this common project would be poorer, it would lack something, as if in an orchestra the timbre and tonality of some apparently less important instruments were missing,” he suggested. 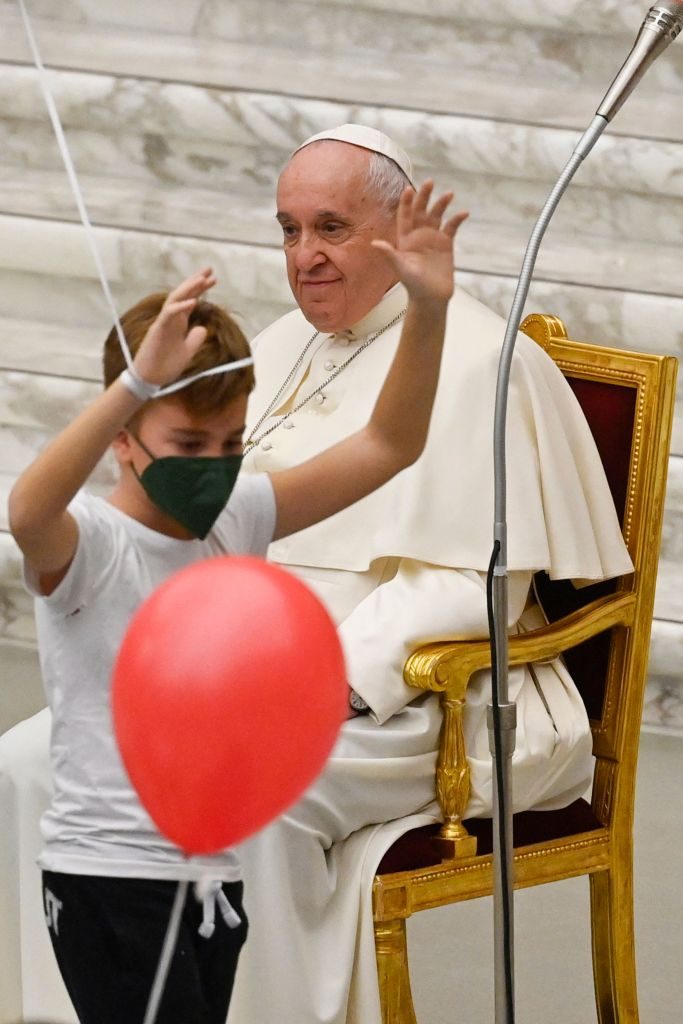 A boy plays with a balloon as Pope Francis looks on during an audience to children cared for by the Santa Marta Dispensary at Paul-VI hall in The Vatican. (ALBERTO PIZZOLI/AFP via Getty)

“You are a great orchestra, where the whole is essential, which is made if each one gives his best in harmony with the others,” he said. “May the spirit of service always remain the distinctive feature of your entire university community.”

In his address, the pope also urged his hearers not to live by fear but rather by hope.

“Don’t be afraid to ask questions to find answers. A community open to the world without fear. Fear is bad!” he said.