Hundreds of pro-life activists gathered in Chicago at Federal Plaza Saturday for the March for Life Chicago rally and march as a group of abortion rights protesters attempted to shout them down.

Andy Ngô, author of the New York Times bestseller Unmasked, identified the abortion rights group as an “Antifa” group that was shouting, “Shut the f**k up!” to the pro-life activists. 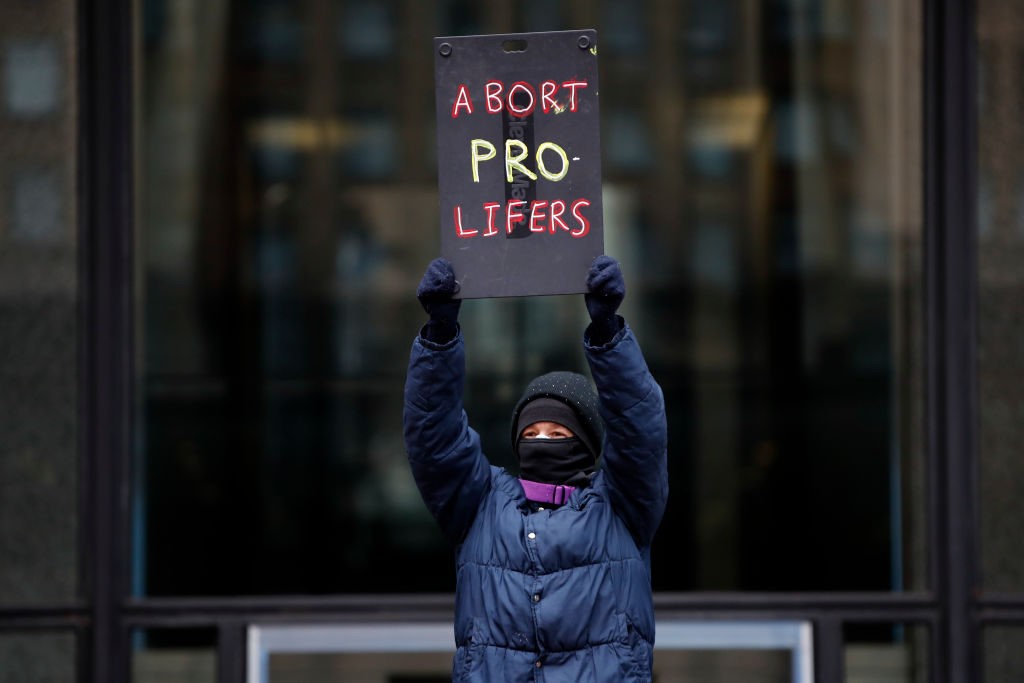 A counter protester against the annual Rally and March For Life holds a sign on January 8, 2022 in Chicago, Illinois. Rally and march were a part of three day annual public event. (Kamil Krzaczynski/Getty Images) 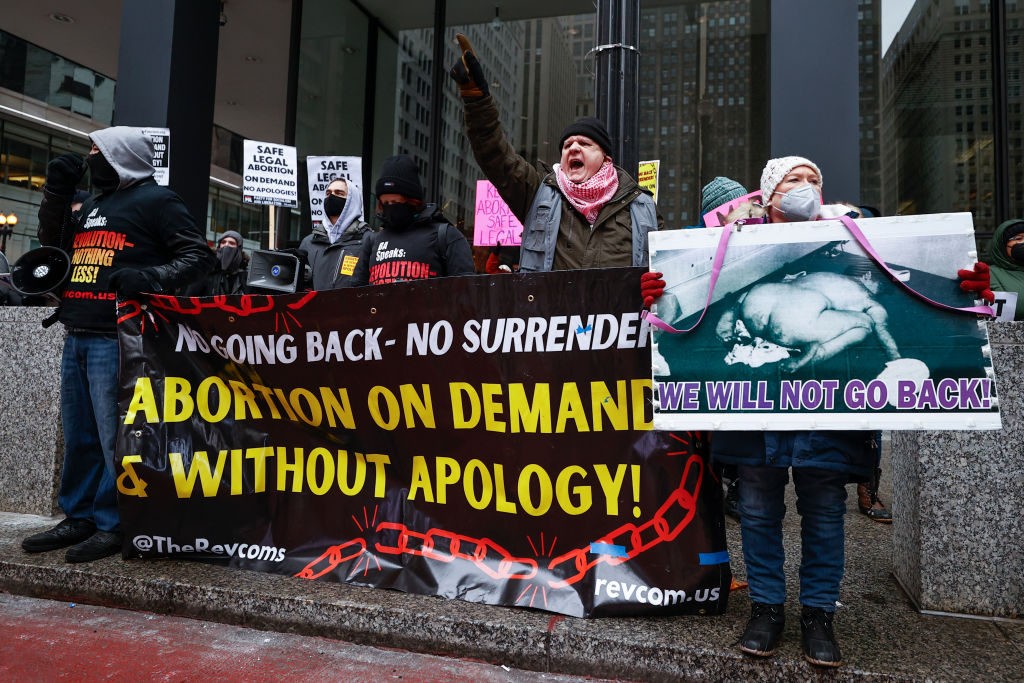 “They say being pro-life is fascist,” he noted.

An #Antifa group shouts “Shut the f— up” to participants of the #MarchForLife event in Chicago. They say being pro-life is fascist. pic.twitter.com/y8VxMMGw9J

The March for Life makes its way down Michigan Avenue here in Chicago pic.twitter.com/dxP1BbOg8B

The March for life mobilizes here in Chicago, with a crowd of over a thousand making their way through the Chicago Loop this afternoon pic.twitter.com/XJ1xGCEVGW

Pastor Chris Butler of Chicago Embassy Church speaks at the March for Life in Federal Plaza, as the group prepares to march through the Chicago Loop pic.twitter.com/ztGHjt1TGA

“You are here the year of the end of Roe” Speeches underway at the annual March for Life Chicago pic.twitter.com/s9YLnrbric

Gutenschwager identified one pro-abortion group as the “antifascist” Revolutionary Communist Party who chanted, “Abortion on demand & without apology!”

“Abortion on demand & without apology!” chants from a group of Revcom (Revolutionary Communist Party) demonstrators across from today’s March for Life rally against abortions pic.twitter.com/HTlOBdvpzZ

Antifascist demonstrators are out this afternoon counter-protesting the March for Life, with a banner reading “Abortion on Demand & Without Apology!” across from Federal Plaza pic.twitter.com/idrVoufCXu

Photographer and videographer Alex Kent also reported for the UK’s The Sun the March for Life organization in Chicago attempted to block a shield-bearing group calling themselves Patriot Front from joining them, claiming its members are not part of the pro-life organization:

A man with the March for Life Rally stands in front of #PatriotFront blocking their path and says that they are not part of their March in Chicago on 1.8.22. On assignment for @TheSun pic.twitter.com/FUYCIYYom3

According to March for Life Chicago, the Tribune reported left-wing Cardinal Blasé Cupich spoke at the pro-life rally, but “was booed by some in attendance during his remarks and was escorted away by security after speaking.”

“Please remember that in pandemics, personal choices are not personal,” Cardinal Blase Cupich wrote. “You are making choices for your community and it is irresponsible to endanger others.” https://t.co/BPBL0Qv8PL