ROME — A tourist toppled two antique marble busts in the Vatican collection Wednesday before being arrested by the gendarmerie.

The man, described by local media as “a middle-aged American tourist of Egyptian origin,” reportedly wanted to see Pope Francis and when he was told it was not possible threw a first bust to the ground, damaging it, followed by a second as he tried to flee the scene.

The tourist was immediately detained by museum guards and then handed over to the Vatican gendarmerie, who after a brief interrogation turned him over to Italian authorities. According to the Italian daily Corriere della Sera, the man had previously been cited for public indecency in the United States. 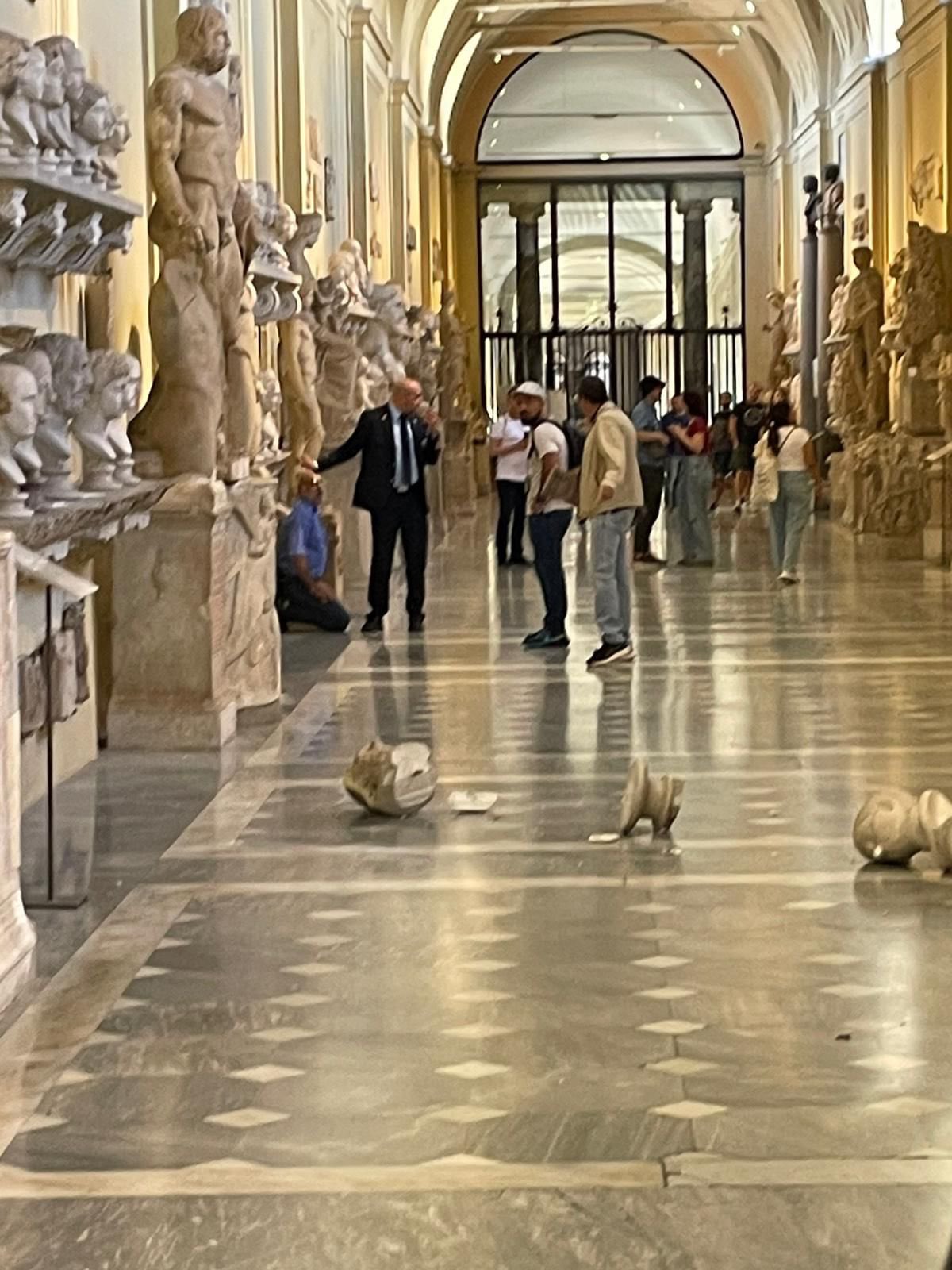 Two marble busts were toppled by a tourist in the Vatican Museums on October 5, 2022.

The damaged works and broken fragments were taken to the Vatican’s restoration laboratory where restorers began assessing the extent of the damage in order to initiate the repair process. While the extent of the harm has been described as minor, one of the busts reportedly lost its nose.

The incident took place around noon in the Chiaramonti Gallery within the museums, which houses some 1,000 sculptures and ancient Roman statuary including the celebrated statue of the emperor Augustus found at Prima Porta.

The Vatican Museums boast a complex and sophisticated video surveillance system created to ensure maximum safety for visitors and the priceless works on display.

Prior to the coronavirus pandemic, the enormous flows of visitors in the museums had already aroused great concern, especially among art experts and tour guides, since many of the passageways along the museum route are far too narrow for the passage of the 20,000 visitors that go through the museums each day.

In a notorious incident in 1972, a 34-year-old Australian geologist of Hungarian origin attacked Michelangelo’s Pietà statue with a hammer inside St. Peter’s Basilica, striking it 15 times and breaking off the nose of the Virgin Mary.

Ever since then, the sculpture has been protected by a glass case.