ROME — The overwhelming majority of deaths with coronavirus in Italy have occurred in the presence of two or more serious chronic illnesses, according to a report from the country’s national health authority (ISS).

Italian health authorities announced in a recent report that only 4.1 percent of fatalities testing positive for Wuhan coronavirus happened in the absence of serious comorbidities, while the average age of the deceased was over 80 years.

The average number of comorbidities among all Italian deaths with the coronavirus was 3.1, ISS revealed. Just 15 percent of fatalities occurred with the presence of just one other serious pathology, while 21.4 percent died with two other pathologies, and 59.6 percent with three or more pathologies. 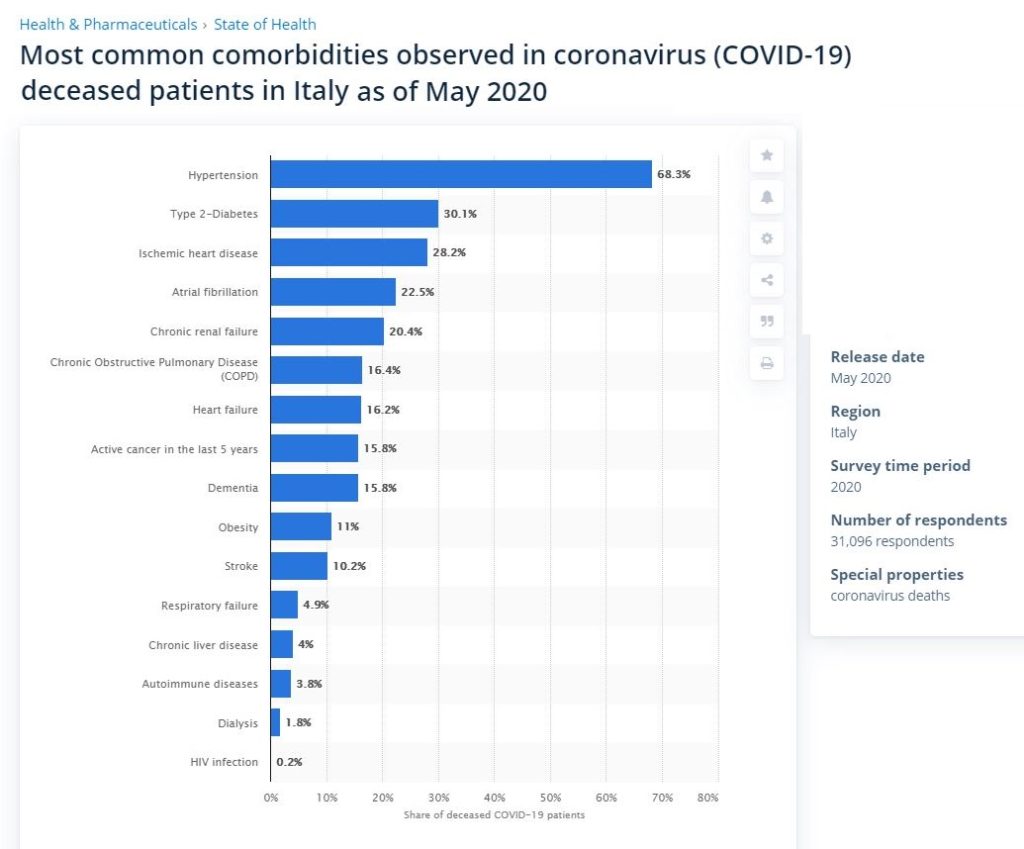 Most common comorbidities among Italy deaths with coronavirus.

The report also revealed an average age of 81 among those who have died with coronavirus in Italy. One of the most astonishing findings of the report was that only 1.1 percent of all coronavirus deaths in the country happened to people below the age of 50, while more than 57 percent were over 80.

This week Spain had to revise down its official death count for the coronavirus by nearly 2,000 after discovering a series of reporting errors and duplications.

The Spanish Health Ministry announced Monday that it removed 1,918 spurious deaths from the official death toll, representing a seven percent drop in the total deaths reported.