ROME — Luis Badilla, editor of the semi-official Vatican news aggregator Il Sismografo, said Wednesday that Pope Francis’ health situation is “severe” and when he returns from hospital he “will never be the same again.”

In his sobering blog post, Badilla declares that journalists and commentators are not doing the pope any favors when they downplay the seriousness of his illness.

There is a very significant detail that many “underestimate, ignore, or manipulate,” he writes, namely that “the disease that has affected Pope Francis is severe and degenerative” and “could also be chronic.”

“The Holy Father will certainly return to the Vatican to resume his path in the footsteps of Peter but he will never be the same again,” Badilla insists. “All the rhetoric about a Jorge Mario Bergoglio ‘superman’ damages his image and charisma.”

In his post, Badilla notes several details of the pope’s recent surgical operation to treat his diverticulitis that give cause for concern.

As cited by numerous authoritative press sources, on Sunday evening the pope underwent general anesthesia and was administered powerful sedatives, Badilla observes, after which he was “subjected to laparoscopic surgery (almost a sort of scouring of the lower part of the abdominal cavity, with small, very sophisticated probes) and immediately afterwards to an ‘open’ or ‘open sky’ surgical intervention to allow hands-on work with full visibility.” 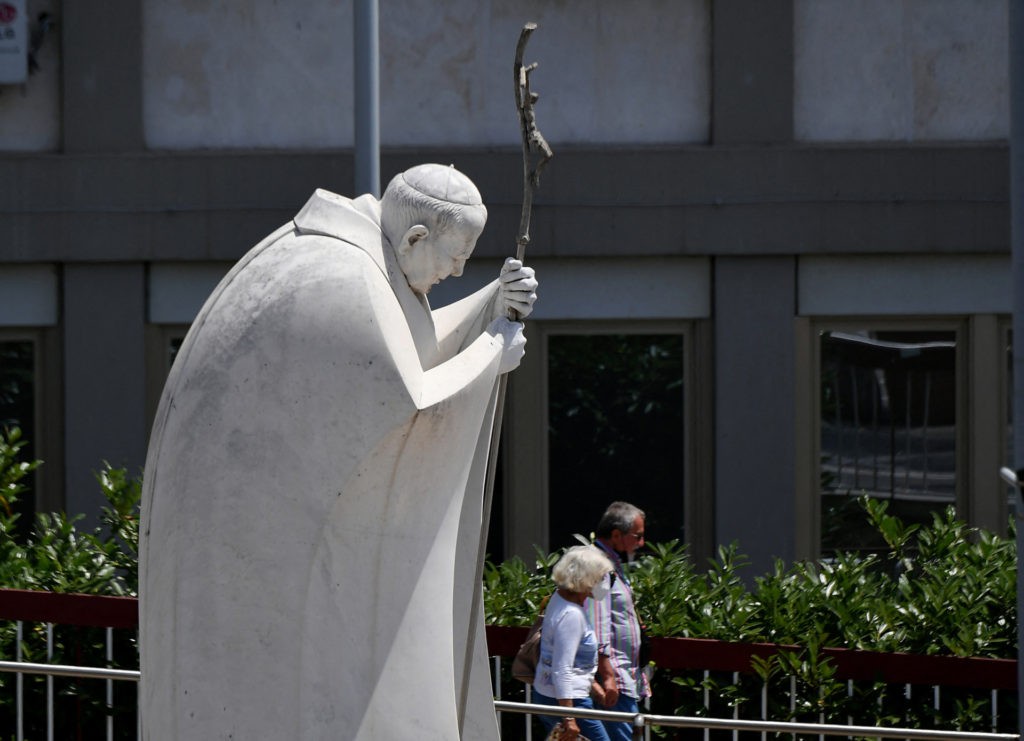 A couple passes the statue of the late pope John Paul II outside the Policlinico A. Gemelli hospital in Rome on July 7, 2021, where Pope Francis arrived on July 4, to undergo a scheduled surgery. Pope Francis, 84, was recovering in hospital from surgery for an inflamed large colon, a potentially painful condition that could see him bed-bound for several days. (ISABELLA BONOTTO/AFP via Getty Images)

The laparoscopy encountered “insurmountable obstacles,” Badilla asserts, and therefore, the surgeon and his team decided “to switch to another method that allowed the removal of several centimeters of colon that are now being examined for rigorous histological controls.”

Given the gravity of the surgery, Badilla insists, it is counterproductive for journalists to act as if the intervention weren’t a big deal.

“People who read, listen to, or see the news are not stupid or unable to reflect and ask questions also because millions of families have had similar experiences with their elders,” he states.

“It is good to wait with affection and serenity for what the Holy Father will want to do so that everything is the result of his decisions and of the doctors who advise him, without having to suffer pressure from the media,” he insists.

Meanwhile, the state of the pope’s health may well affect future travel plans and other events, he adds.

“It is clear that Francis is eager to go to Budapest in mid-September for the closure of the 52nd International Eucharistic Congress and then on to Slovakia,” Badilla notes, “but no one knows today whether this pilgrimage will be possible.”