“The ACT has been in lockdown since 5:00 pm on Thursday [August 12],” according to ABC. “It is the first time the ACT has entered a lockdown of this nature since the early days of the pandemic.”

The ACT is a federal territory that contains Australia’s national capital, Canberra, and surrounding townships. It is located within the southeastern state of New South Wales.

ACT Chief Minister Andrew Barr ordered the territory into lockdown August 12 with just a few hours’ notice. ABC described the mandate as “a snap lockdown, which means it is fast and strict.” The edict bans Canberrans from leaving their homes for the next seven days “except for essential reasons, which include essential employment, healthcare, vaccination appointments, shopping for groceries or supplies, and up to one hour of outdoor exercise.”

ACT residents who leave their homes during lockdown must officially check in to whatever business they visit through “Check-In CBR,” a contact tracing app contracted by the Australian government to monitor citizens’ movements during the pandemic. 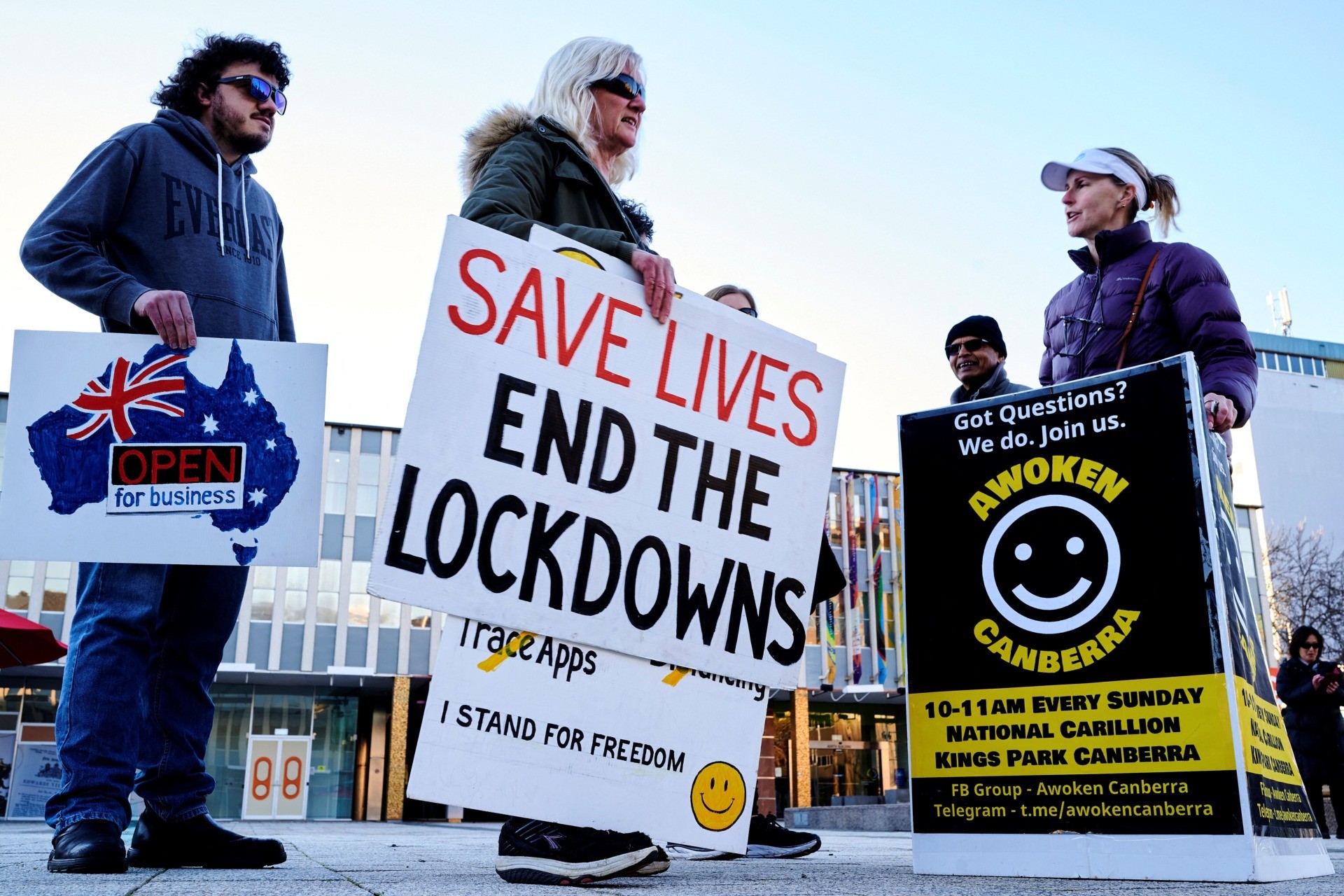 Anti-lockdown protesters hold placards in Canberra on August 12, 2021, as Australia’s capital was ordered into a seven-day lockdown. (ROHAN THOMSON/AFP via Getty Images)

“The Check-In CBR is mandatory for all retail settings,” according to the ACT government’s website. All ACT residents must use the app to visit or utilize “supermarkets, department stores, petrol stations, take away services, other retail settings, public transport and taxi, hire car and ride share transport services and restricted businesses, venues and events.”

The ACT’s government has asked all “parents and caregivers” in the territory to “keep their children home from school throughout the lockdown if they can,” according to ABC.

ACT passed 105 consecutive days without recording a new infection of the Chinese coronavirus — “and over a year since the last locally acquired case,” according to ABC — before its health authorities confirmed a new case of the disease August 12. The patient is reportedly a man in his 20s and a resident of northern Canberra’s Gungahlin district. ACT health officials subsequently confirmed three additional cases of the Chinese coronavirus in Canberra later Thursday, “all of them close contacts of the first case,” according to ABC.