President Joe Biden’s policies are the “primary cause” of the current surge of illegal immigration to the United States, analysis states.

Center for Immigration Studies (CIS) Director of Research Steven Camarota reviewed illegal immigration levels from years past and found, despite Biden’s claims, the current surge is not merely the “usual seasonal bump,” as the Washington Post claimed.

A far more reasonable interpretation of the data is that President Biden’s pronouncements and policies, including not returning unaccompanied children under Title 42 and releasing Central Americans within 72 hours of apprehension into the United States, as well as his stated desire to end most deportations and continued support for legalizing most illegal immigrants, is spurring larger numbers of families and children to enter illegally. [Emphasis added]

On its face, it would seem that the policies and statements by the new administration are being interpreted by prospective migrants to mean that if they are apprehended, they are more likely to be released. Or, if they enter successfully, they are less likely to be sent home than was the case under the prior administration. Some interviews with migrants indicate that this is the case. [Emphasis added]

Specifically, Camarota compared January and February 2020 to January and February 2021. The data reveals that throughout last year — partially thanks to former President Trump’s invoking the Center for Disease Control’s Title 42 authority to quickly deport border crossers — illegal immigration dropped off but skyrocketed past pre-pandemic levels when Biden was inaugurated.

“If it really was ‘pent-up demand’ and unrelated to the change in administration, then the question has to be asked: Why was this demand suddenly released only after Biden’s inauguration?” Camarota wrote. 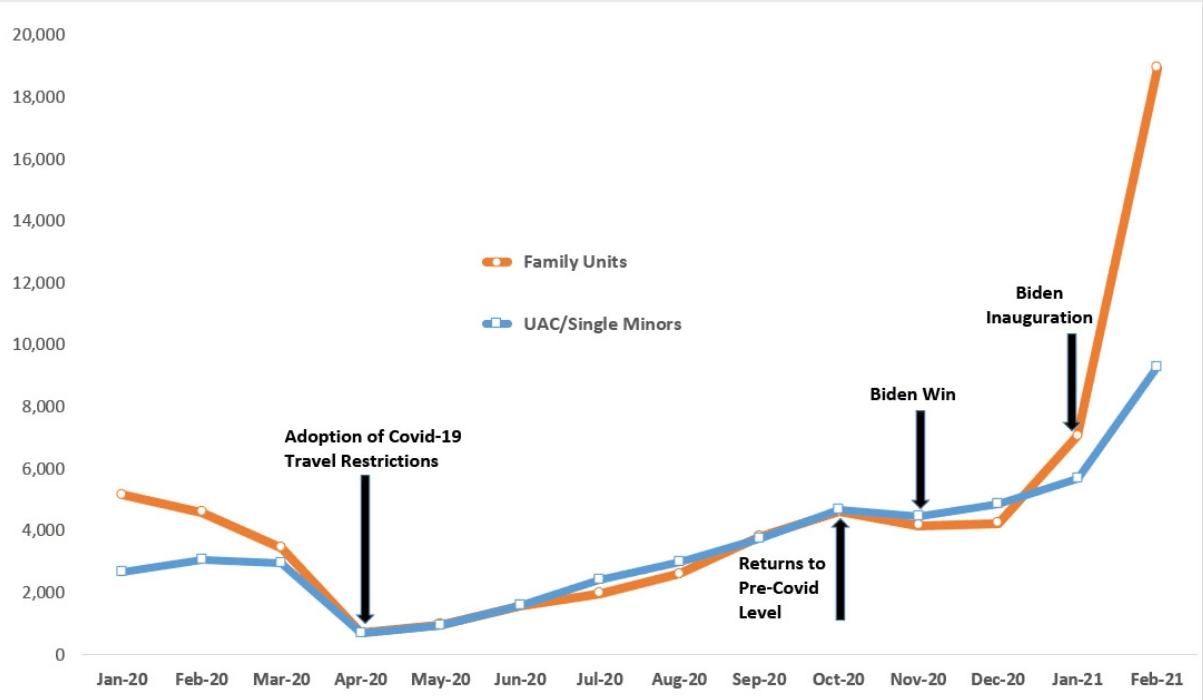 (Screenshot via the Center for Immigration Studies)

Likewise, Camarota reviewed illegal immigration among unaccompanied alien children (UACs) and family units for the months of January and February dating back to 2013. Aside from 2019, when there was a decade-high surge of illegal immigration, the totals for this year are considerably higher than every other year.

For instance, last month’s illegal immigration levels for UACs and family units were more than 622 percent higher than that of February 2013. 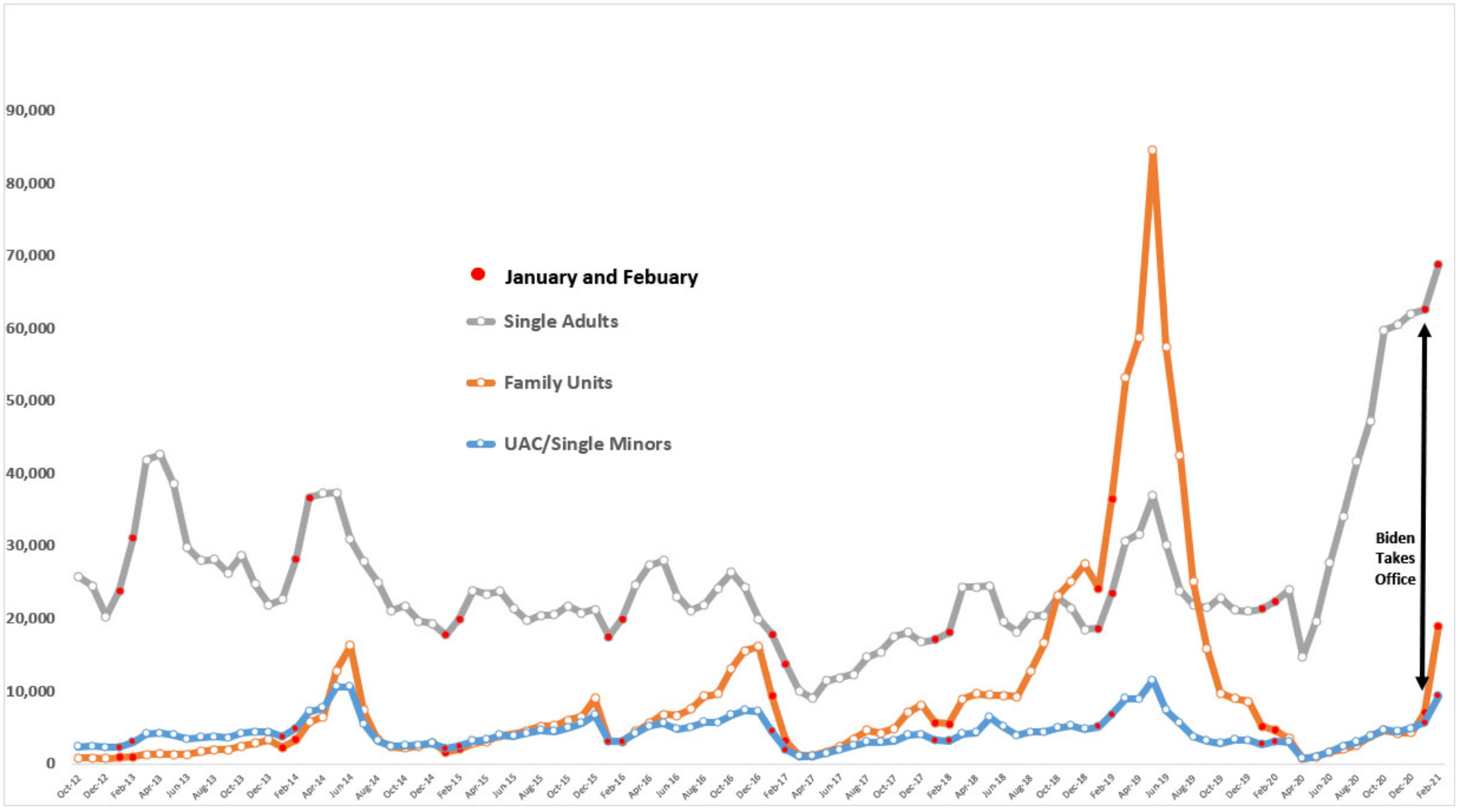 (Screenshot via the Center for Immigration Studies)

“… the surge occurred just as the new administration took office, a clear indication that the profound policy changes of the new president are the primary cause,” Camarota writes.

Migrants, themselves, have repeatedly told establishment media journalists that they are traveling to the U.S.-Mexico border because of Biden’s policies. When ABC News anchor Martha Raddatz asked a migrant why she had decided to travel to the border, the woman told her “Biden promised that we could cross with minors.”

Migrant from Guatemala with 10-year old son to ABC's Martha Raddatz: "Biden promised that we could cross with minors."

Raddatz: "She said she heard that because of President Biden, she would be welcome."

Biden’s policies have been enticing for illegal aliens. In his first week in office, Biden ended the “Remain in Mexico” program that kept migrants in Mexico while they awaited their U.S. asylum hearings.

Also enticing are Biden’s “sanctuary country” orders that have gutted interior immigration enforcement — preventing about 9-in-10 deportations of illegal aliens. Thus far, the orders have resulted in the fewest number of criminal illegal aliens in federal immigration detention.

The orders are similarly helping criminal illegal aliens get released into U.S. communities rather than being turned over to the Immigration and Customs Enforcement (ICE) agency for arrest and deportation. In Florida, because the orders state that ICE agents can only detain recently convicted aggravated felons, illegal alien convicts are being released from state prison into communities.