The Armed Forces of Brazil concluded an audit of the 2022 presidential election this week that neither confirmed nor denied the existence of any irregularities in the race. In a statement on Thursday, however, the Defense Ministry emphasized that its report had not “excluded the possibility of fraud.”

Brazil concluded one of the world’s dirtiest presidential races on October 30 between incumbent conservative Jair Bolsonaro and far-left radical former President Luiz Inácio Lula da Silva. Lula narrowly defeated Bolsonaro in the first round of voting in early October, but did not avoid a runoff, which he also won by about 2 million votes, or less than two percent, on October 30. Lula had accused Bolsonaro of “pedophile behavior” and his campaign had branded Bolsonaro a cannibal during the runoff portion of the race.

Lula is a convicted felon, sentenced to over 20 years in prison for corruption crimes allegedly committed while he was president between 2003 and 2011, but the nation’s supreme court overturned the sentence on a technicality last year, allowing him to run for the commander in chief position. The court, the Supreme Federal Tribunal (STF), has never presented exonerating evidence or challenged evidence indicating Lula used bribe money to buy a luxury beachfront duplex while president.

The nation’s electoral oversight body, the STF-controlled Superior Electoral Tribunal (TSE), banned Bolsonaro’s campaign from referring to Lula as “corrupt” or a “thief,” but did not censor Lula’s unsubstantiated claims that Bolsonaro is a “pedophile.”

The results of the election have prompted ongoing protests nationwide demanding a military intervention to prevent Lula from taking office on the grounds that TSE interference rendered the election unfair. The TSE has since moved to shut down social media accounts and messaging groups being used to organize protests. 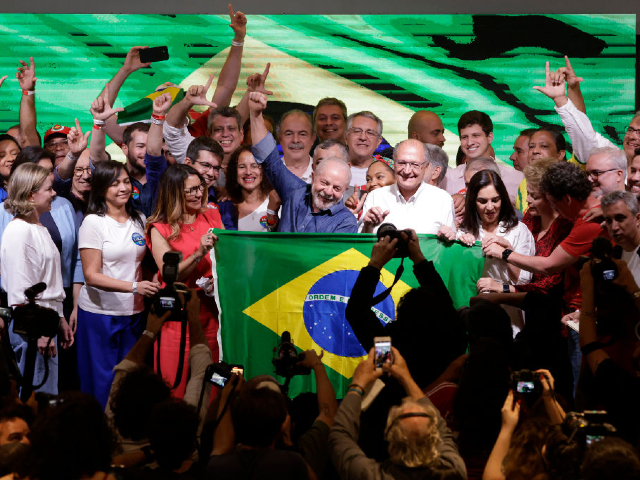 SAO PAULO, BRAZIL – OCTOBER 30: Candidate Luiz Inácio Lula Da Silva speaks after being elected president of Brazil over incumbent Bolsonaro by a thin margin on the runoff at Intercontinental Hotel on October 30, 2022 in Sao Paulo, Brazil. Brazil electoral authority announced that da Silva defeated incumbent Bolsonaro and will rule the country from 2023 to 2027. (Photo by Alexandre Schneider/Getty Images)

Pro-Bolsonaro protesters have expressed a variety of concerns with the election. Outrage over TSE censorship and demands to rein in the STF through constitutional measures coexist alongside protesters who challenge the integrity of the elections or the functioning of the voting machines. Other protesters have stated they would not accept a criminal president and reject the STF’s overturning of Lula’s conviction. A minority of protesters have called for a military coup outside of the confines of the Brazilian constitution.

In a report on the election submitted on Wednesday and sent to the TSE by Defense Minister Paulo Sérgio Nogueira, the armed forces assert that they did not find any evidence that proves fraud or any election irregularities occurred with the voting machines in question. On Thursday, however, the military issued another statement clarifying that it had also found “vulnerabilities” and could not discount the possibility of fraud, following multiple reports in corporate media outlets concluding that the report had guaranteed the security of the vote.

The report, the Defense Ministry insisted, “did not exclude the possibility of the existence of fraud or inconsistency in the electronic voting machines or in the 2022 electoral process.”

“There was a possible security risk in the generation of programs in electronic voting machines due to the occurrence of computers accessing the TSE network during the compilation of the source code,” the clarifying statement emphasized. The Ministry also said that “restrictions” imposed on its investigators made it “impossible” to examine the entire coding of the machines. The tests used on the machines, it added, were also “not enough to rule out the possibility of the influence of a possible malicious code capable of altering the functioning of the voting system.”

“As a result of these findings and other obstacles listed in the report, it is not possible to guarantee that the programs executed in the electronic voting machines are free from malicious insertions that alter their functioning,” the Defense Ministry emphasized, urging the TSE to, “with urgency,” launch a second round of technological investigation to ensure that the machine coding is clean.

The head of the TSE, STF Minister [akin to a U.S. Supreme Court Justice] Alexandre de Moraes, had issued a statement on Wednesday proclaiming that the report had dispelled any concerns regarding election integrity.

“The electronic voting machines are a cause of national pride and the 2022 elections prove the efficacy, fairness, and total transparency of the counting and totaling of votes,” de Moraes announced.

Due to separation of powers, it is not clear if the TSE must obey the request from the Defense Ministry to expand the investigation. Lula, the president-elect, vehemently condemned the concept of auditing and testing the electoral system at all this week, insulting Bolsonaro as “deplorable” for engaging the military in testing the voting machines at all. 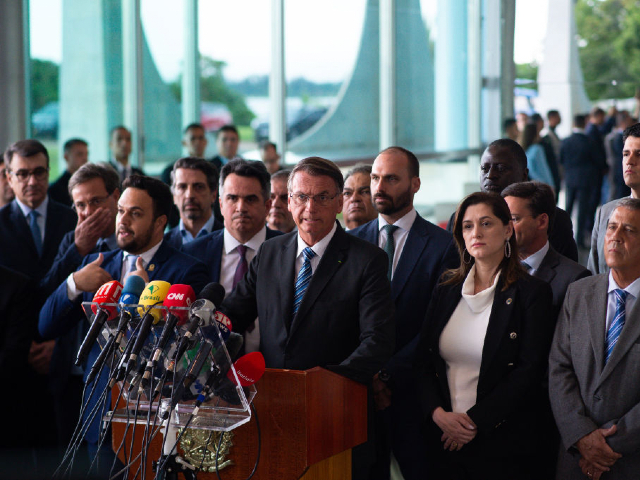 “A president, who is the supreme commander of the armed forces, had no right to involve them in setting up a commission to investigate electronic voting machines,” Lula railed on Thursday, demanding Bolsonaro issue a formal apology for the report.

“The military audit was requested by Bolsonaro last year to get the military to identify problems with a voting system that he alleged – without proof – was liable to fraud,” Reuters reported, shortly before quoting the audit stating, “it is not possible to guarantee that programs executed in the electronic voting machines are free from malicious insertions that alter their functioning.”

Bolsonaro has yet to issue any public statements on the military report at press time and has largely abstained from any public statements since October 30. On Friday, reports began surfacing that conservatives in the Brazilian Congress are preparing legislation to expand probes into the electronic voting system. Such a process will likely be a prolonged one, however, potentially aided by the influx of conservative lawmakers in the upcoming year who were elected on pro-Bolsonaro tickets in early October.