Police in Portland, Oregon, stopped a group of Antifa protesters attempting to set fire to a Starbucks. The attackers reportedly smashed the windows and poured gasoline on the floor and counters in an attempt to set it ablaze.

The Multnomah County Sheriff’s Office tweeted they disrupted an attempted arson on Monday night in Portland. The tweet reports the arrest of two people in connection to the attack on the Starbucks store.

Police officials report they found a “flammable liquid” spread throughout the inside of a Starbucks located on the ground floor of a mid-rise apartment complex. The sheriff’s office stated they disrupted a possible arson attempt.

A video tweeted Monday night shows a group of people standing in front of the Starbucks located near Portland State University. Protesters can be heard shouting, “F*ck cooperation. F*ck your windows.”

Antifa/BLM rioters broke into Starbucks. They poured gasoline but were unable to light it up.#PortlandRiots #AntifaTerrorists pic.twitter.com/UJe8qeq5VT

In the video, residents of an apartment complex located directly above the Starbucks can be seen looking out the window as the potential arson developed.

The group continued moving west on SW Montgomery St. Individuals focused on the Starbucks located in the ground floor of an apartment building on Montgomery St. People broke windows and entered the business.

At about 9:15 p.m., the Multnomah County Sheriff’s Office, Portland Police Bureau and Oregon State Police operating under a unified command structure declared the gathering an unlawful assembly due to criminal activity occurring and ordered individuals to disperse. During the response, officers interrupted a possible arson attempt. Officers found a flammable liquid spread throughout the inside of the business.

Police arrived before the rioters could ignite the flammable liquid found throughout the inside of the vandalized Starbucks, officials reported.

Another video shows apartment residents looking down on the scene.

Police moved in and moved the rioters away from the building.

Police declared the assembly due to vandalism and “gasoline left inside Starbucks.”

This officer was describing some of the unacceptable vandalism thats gone one including gasoline left inside Starbucks.

The sheriff’s office reported the arrest of two arrests of people allegedly involved in the mayhem Monday night.

The report discloses photos showing damage to the Starbucks and the flammable liquid spread throughout the interior of the store located below the residential building. 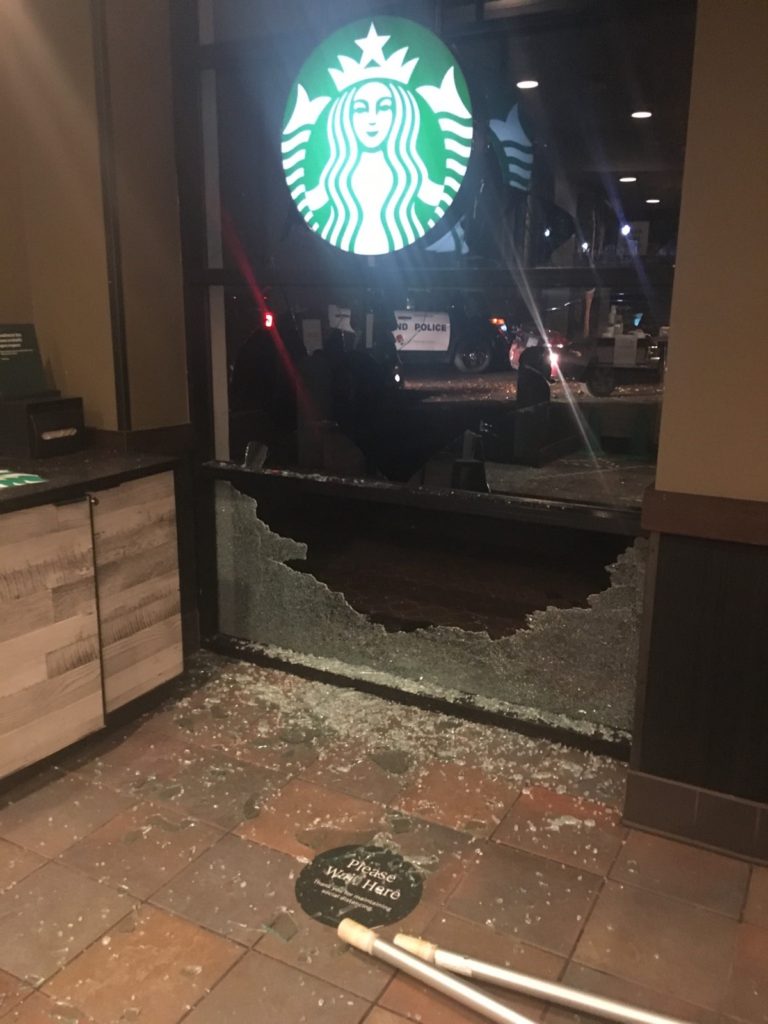 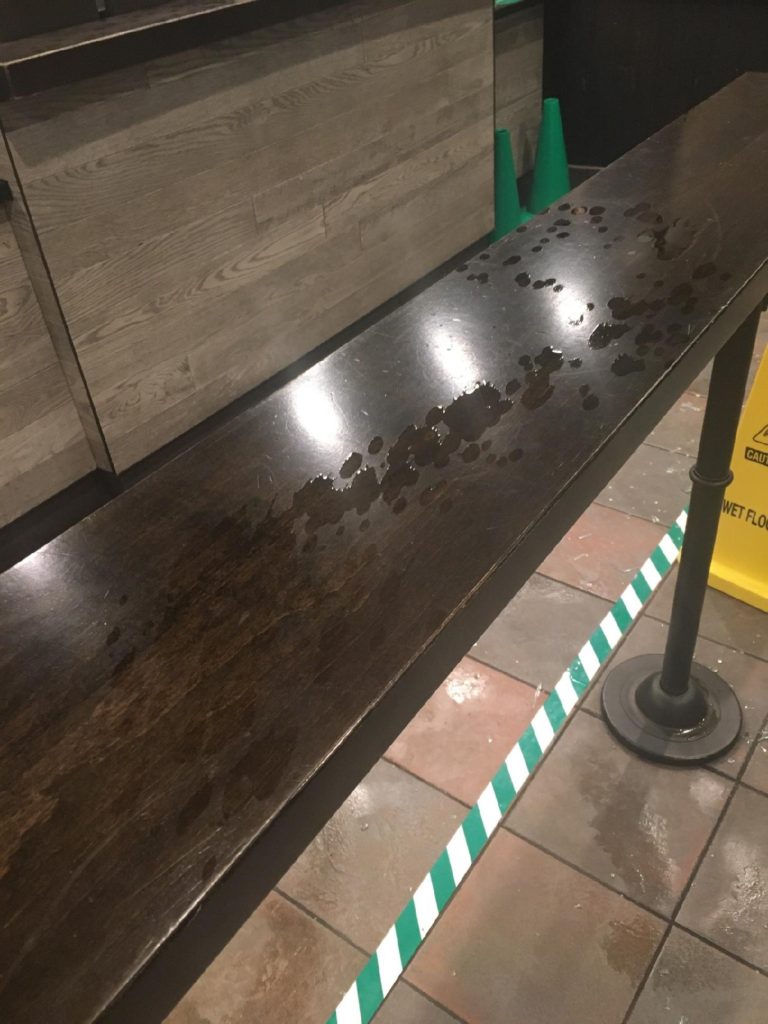 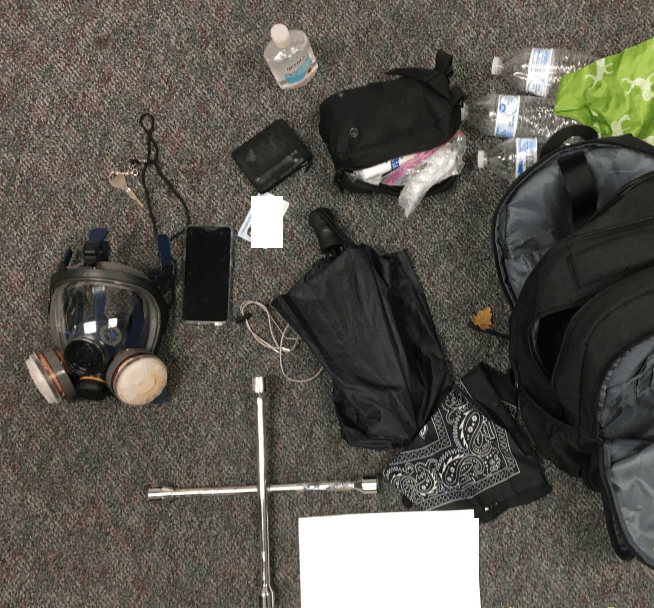 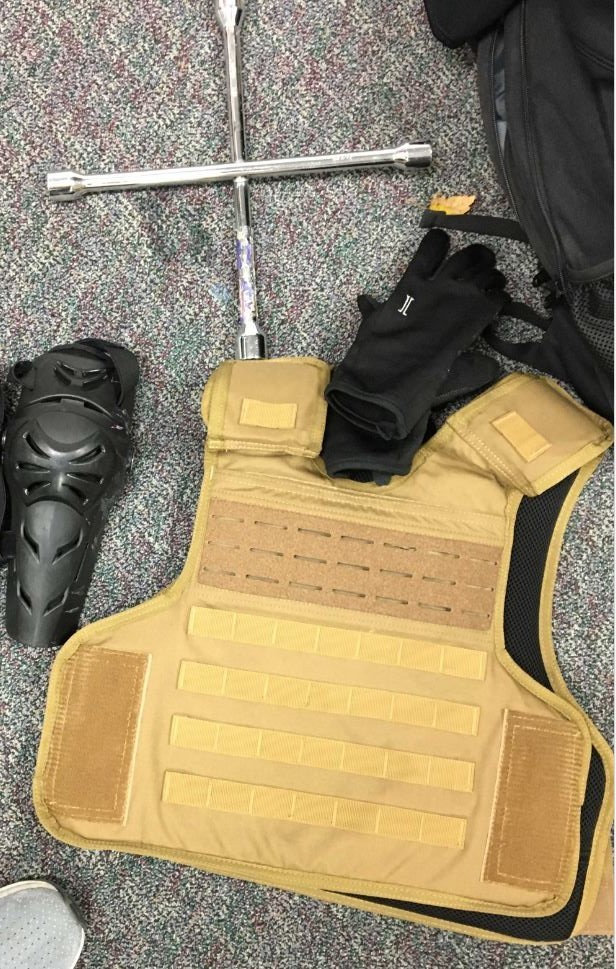