The incident occurred on November 2, when a Seattle teen first dialed 911 to report his 45-year-old father was suffering from a medical emergency in their apartment, according to conservative talk show host Jason Rantz of KTTH in Seattle.

The vaccine mandate in Seattle is leading to a shortage of first responders. And our new staffing crisis likely contributed to a man's death — in front of his 13-year-old son. It's a tragic story. I break it down on Tucker Carlson Tonight.

When an aid team of two firefighters arrived on the scene, they were unable to enter the building without police officers as the address was flagged unsafe for Seattle firefighters, according to KTTH. After receiving the 911 call, the dispatcher told firefighters twice the resident had a history of hostility towards first responders.

However, the cautionary note applied to a previous tenant of the apartment and was not updated to reflect that new residents occupied the residency, costing firefighters precious minutes, KTTH reports.

“Unfortunately, we learned during the most recent emergency response that the cautionary note was for a previous tenant,” a Seattle Fire spokesperson told the Jason Rantz Show on KTTH via email. “We are carefully reviewing this incident from many angles in our department (operations, dispatch, etc.) and our Premise Notes Policy.”

The teen called 911 a second time as his father’s condition worsened, and firefighters waited outside of the residence. After waiting seven minutes for officers from when they arrived on the scene due to orders from dispatch, the firefighters cautiously entered the home without police following the second call, according to KTTH.

The firefighters did their best to save the man with the backup aid of an engine of four firefighters that arrived soon after. KTTH reports. Police and a medic team arrived roughly six minutes after firefighters entered the apartment without assistance from law enforcement. 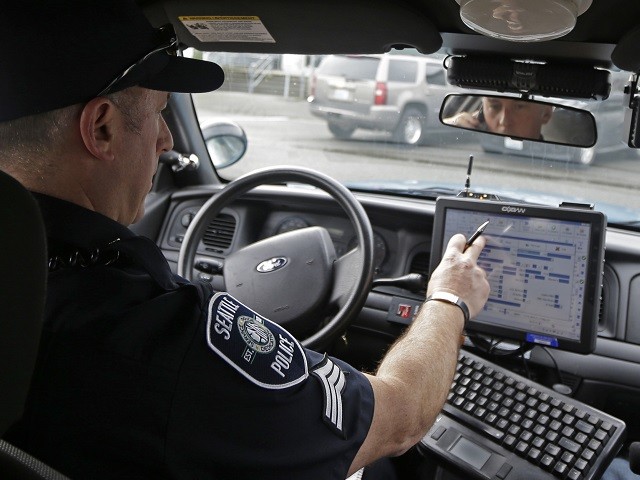 The teen was brought to the lobby as first responders worked for nearly an hour to resuscitate the 45-year-old man to no avail, a source told KTTH.

“Had it been addressed early, his chance of survival would have been 60%,” the medic informed KTTH. Moreover, the medic believes the man was suffering from ventricular fibrillation arrest based on specifics of the incident, stating, “it’s very save-able,” if addressed promptly.

Seattle first responders informed Rantz they believe a staffing problem is to blame for the grievous result:

The prevailing opinion amongst Seattle Fire and SPD is that the current staffing crisis is to blame. It was not the fault of officers that they couldn’t arrive at the scene sooner, they say.

One medic noted to the Jason Rantz Show on KTTH that officers often arrive on scene at the same time as they do — sometimes earlier. But since the mass exodus of officers accelerated in 2020, after months of abuse from local activists in the aftermath of the George Floyd killing, the situation has deteriorated.

Additionally, Seattle Mayor Jenny Durkan’s (D) vaccine mandate exacerbated the issue KTTH reports, as it removed 100 officers from the line of duty. The department, which had already been amid a staffing crisis, now has under 1000 police officers, according to KTTH.

On November 9, Seattle City Council Member Teresa Mosqueda, who serves as the budget committee chair, released the city’s revised budget, according to KING-TV. The budget, which is an amended version of Durkan’s September proposal, aims to slash the Seattle Police Department’s budget by $10 million, according to the NBC affiliate.