HOLLYWOOD — Visitors to Hollywood’s Walk of Fame had different reactions to the vandalism of Donald Trump’s star early Wednesday morning by James Otis, a man who is an heir to the Otis family’s elevator fortune.

“Melrose” Larry Green, who is a tour guide in Hollywood, equated the vandalism done to Trump’s Hollywood star to attacking the Statue of Liberty.

He said most of the support for Trump is under the radar, alluding to the “silent majority” whom he believes will likely turn out to vote on Election Day. Green, who said he is Jewish, added that most of Trump’s supporters are working. “You know when you’re going to see the support for Donald Trump? November 8. That’s when he’s going to be elected,” Green said:

Otis had dressed up as a construction worker and walked right up to Trump’s star, smashing it with a sledge hammer. He intended to auction the platinum letters spelling Donald Trump’s name, and another piece he extracted from the star, on Election Day. He says he planned to use the profits to help the 11 women who have accused Trump of sexually assaulting them, along with other victims whom he said could come forward in the future.

“I’m not surprised,” Tammy, a female Trump supporter from Nevada, told Breitbart News. Asked for her sentiments regarding Trump’s previous comments about women, she said, “It doesn’t bother me. He’s a businessman. We need a businessman running this country. That’s my only comment.”

A Hollywood street performer called the “Gold Man” said he was present at 5:45 a.m. and witnessed Otis carrying out the destruction. Gold Man said no one tried to stop him. “I think he’s a very angry individual, and he’s sick of Donald Trump.” He said he is not voting in this election. 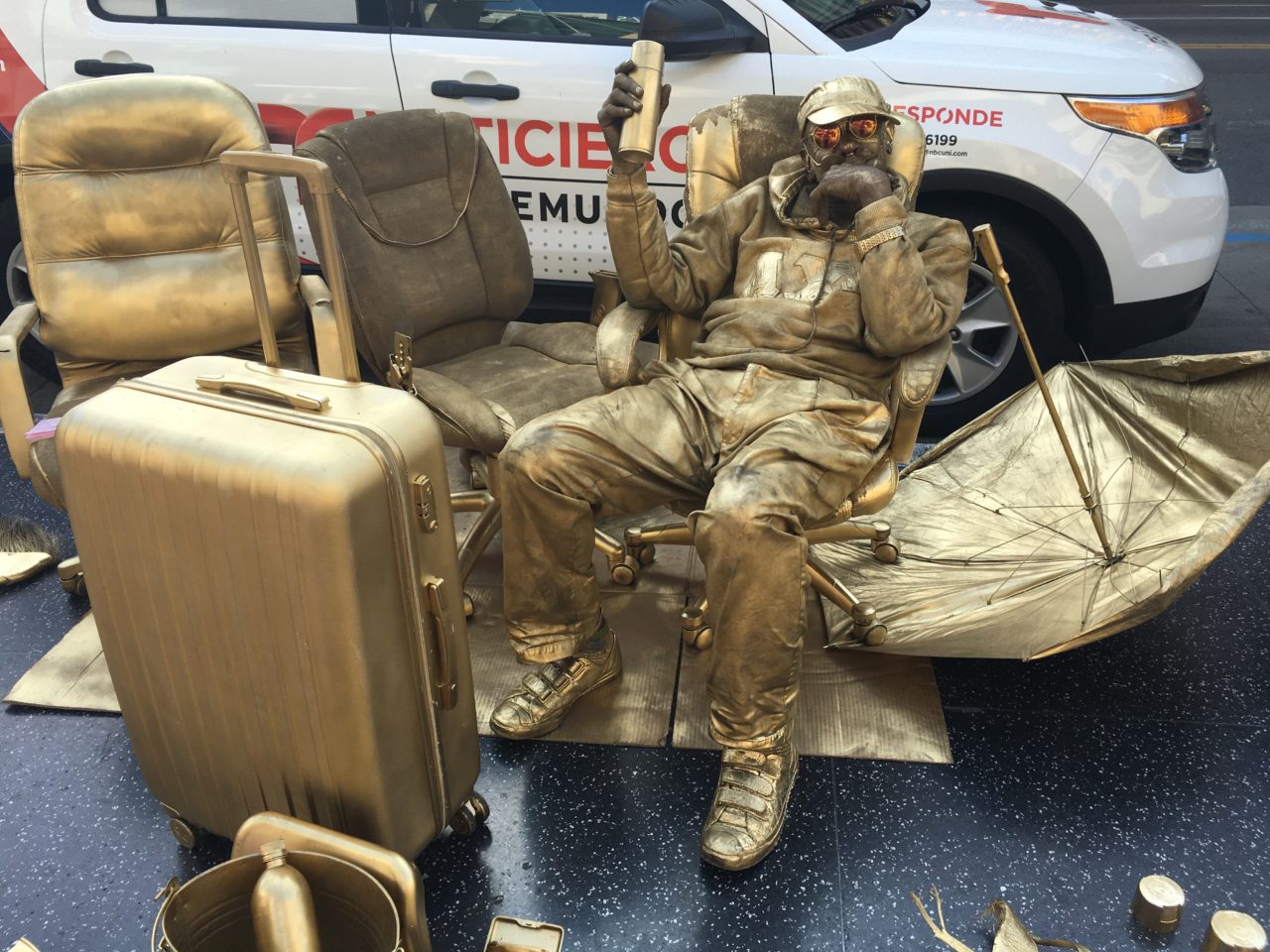 Asked if she thinks the man should be prosecuted for defiling property like this, a visitor from Maine named Bethsaid: “I guess I’d have to stack it up against all the other things that have been happening and whether people get prosecuted for those or not.” Breitbart News asked, “Like Hillary Clinton and her email server?” to which she responded, “exactly. You know, there’s just been a lot of that.”

She told Breitbart News that she would abstain from voting on November 8. “It’s the first time in my life that I will not vote for a president of the United States,” she said, adding that she was registered with the Independent Party and noted that she had previously voted for Barack Obama.

A vehemently anti-Trump woman named Elaine from Los Angeles told Breitbart News, “The proper thing to say would be vandalism is terrible. However, his star shouldn’t be here. It’s going to keep happening over and over again.” She added, “He bought the star on his own. It wasn’t a gift from the city. The taxpayers didn’t pay for it. We should give him his $20,000 dollars back and get rid of his star forever.”

Elaine went on to say, “And if you look over here, there are some immigrants — people who are speaking in their native tongue of Mexican — who are having to fix his star.” Breitbart News corrected her and said it was Spanish, to which she responded: “Spanish. I’m sorry if I’m saying it wrong. And they’re having to fix his star. It’s just messed up. And it’s going to happen over and over and over again.”

An article posted in the Los Angeles Times by Rob Long in 2007 — the year Trump bought his Hollywood star — discusses how the real estate mogul selected “the most luxurious, most exclusive star on the Boulevard in the best location.” He added: “Where Trump walks, others follow. He won’t be the only canny operator to recognize the bottom-line benefits of owning a square of the Walk of Fame. Trump isn’t a man — he’s a symbol, he’s an icon, he’s a brand when you get right down to it. That’s what he’s selling, on his television shows, in his magnificent real estate properties, in his dynamic appearances at the Learning Annex.”

Vinnie, 25, from Connecticut, who works at the GAP nearby, told Breitbart News, “Oh man. It’s pretty crazy, I guess.” He added that he was not yet sure who he is voting for.

The City of Los Angeles commissioned contractors to fix Trump’s star. David Paternostro, president of Top End Constructors, told Breitbart News that Trump’s star would be set within a few hours. On Thursday, they will grind it down and then polish it on Friday, just in time for the weekend.

“I don’t agree with any kind of vandalism at all,” Paternostro said. “I don’t agree with riots. I agree with speaking your piece, but not damaging someone else’s property. It’s not right to do. It’s against the law.” He said “the Hollywood Chamber will push for” the offender to be prosecuted.

Morel Kedoshim, 23, a model visiting from Tel Aviv, told Breitbart News that she believes the vast majority of Israelis want Trump to win over Clinton. (Polls suggest that a plurality of Israelis prefer Clinton.) 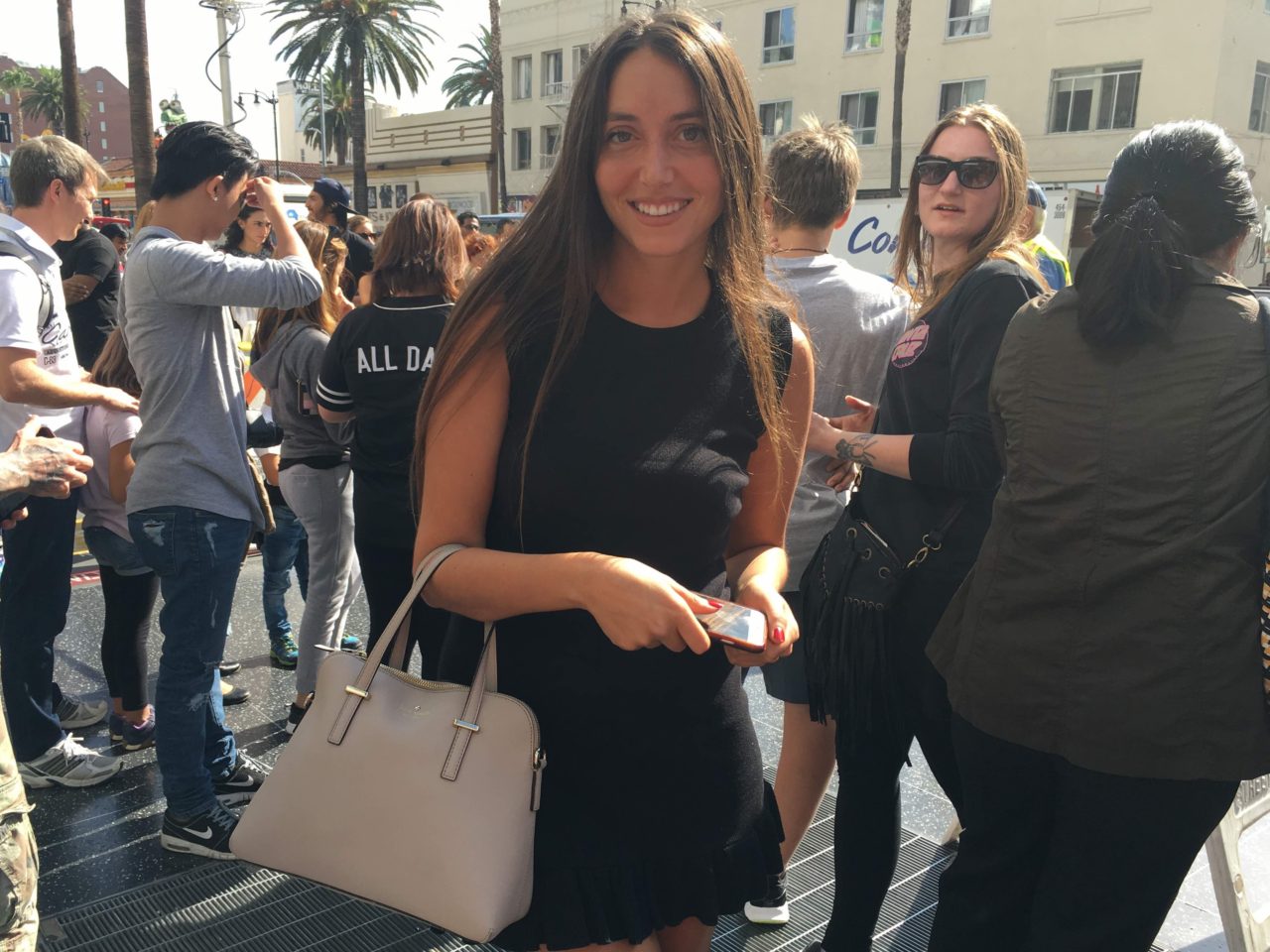 A producer from the Jimmy Kimmel Live show appeared in search of Trump supporters, likely for Wednesday evening’s taping. “Are you guys voting for Trump?” he asked. When Breitbart News asked him who he is voting for, he said Hillary Clinton.