Former California governor Arnold Schwarzenegger said Wednesday that wealthy donors should “starve” the Republican Party of funds until it moves in the liberal ideological direction that he, and they, desire.

“The people that are funding the Republican Party should turn off their financial support, because that would starve the party, and I think they would then maybe come to their senses,” Schwarzenegger told a crowd at the launch event for his centrist Republican advocacy group New Way California. “You better go and lead and tell your people around you that we’ve got to change, because that’s what California demands, or there will be no more money.”

Schwarzenegger, California’s highest-profile Republican figure and one of the last to win statewide office in 2006, is part of a nascent movement to reshape and broaden the appealof a political party that now makes up just a quarter of registered voters here. During his speech at a community center in the Boyle Heights neighborhood of Los Angeles, he took a victory lap for predicting his party’s demise in an infamous 2007 speech where he said the California GOP was “dying at the box office.”

Schwarzenegger was joined by Ohio Governor John Kasich, who lost to President Donald Trump in the 2016 Republican presidential primary and then stayed away from his party’s national convention, even though it was held  in Cleveland. 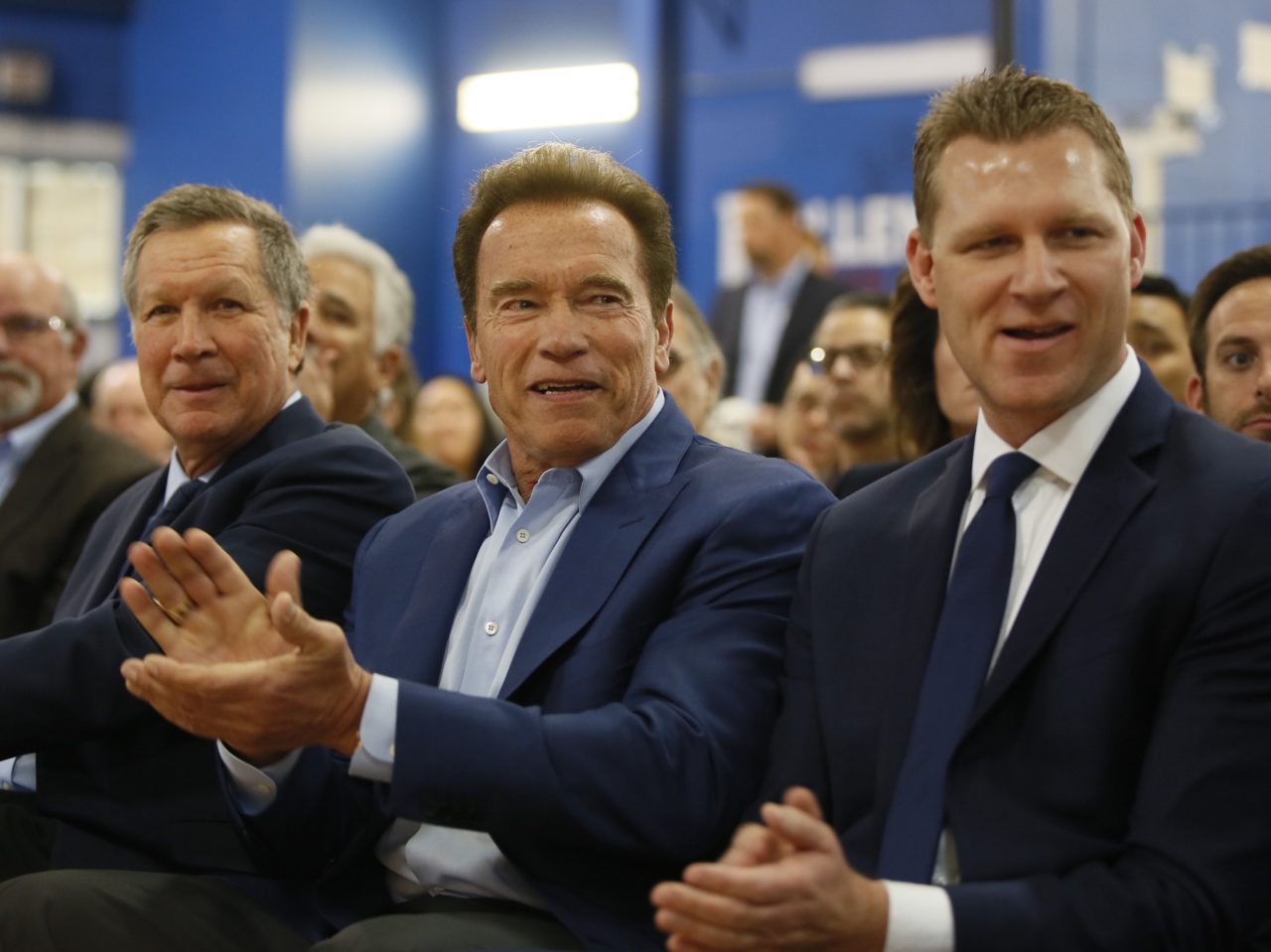 He was also joined by former Republican State Assembly leader Chad Mayes (R-Yucca Valley), who was forced out last year after supporting Gov. Jerry Brown and the Democrats in renewing the state’s controversial cap-and-trade program.