Burlington High School in Vermont held a faculty and student drag show during halftime of a high school homecoming football game on October 15.

Students and teachers paraded in drag down the track at Burlington High School’s Buck Hard Stadium during halftime, according to Seven Days Vermont.

The event was organized by the high school’s Gender-Sexuality Alliance Club as the halftime show aimed to support LGBTQ people according to the outlet. Attendees in the stands wore rainbow colors, and they cheered on their peers and educators dressed in drag. 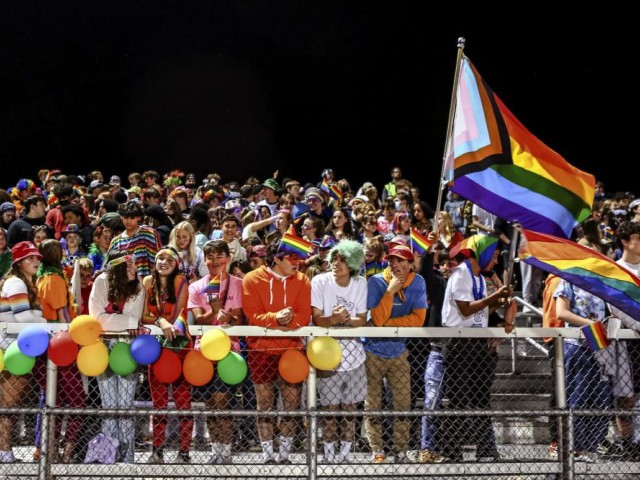 “We got kings, we got queens, we got in-betweens,” an announcer said, according to VTDigger. “We need you to give it up for all these performers.”

The Associated Press reported that approximately 30 students and faculty participated in the parade, and as they walked out, the crowd chanted “drag ball,” at the homecoming game.

Drag participants lip-synced the song “Rainbow Reign” by Todrick Hall, according to the AP.

English Teacher Andrew LeValley is an adviser to the Gender-Sexuality Alliance Club and reportedly came up with the idea, according to the AP. “We had some people that are pretty involved in theater come in and talk about how you put on a persona,” he said.

LeValley wore a dress, a blonde wig, and peacock feathers in front of his pupils, peers, and other attendees, according to Seven Days Vermont. 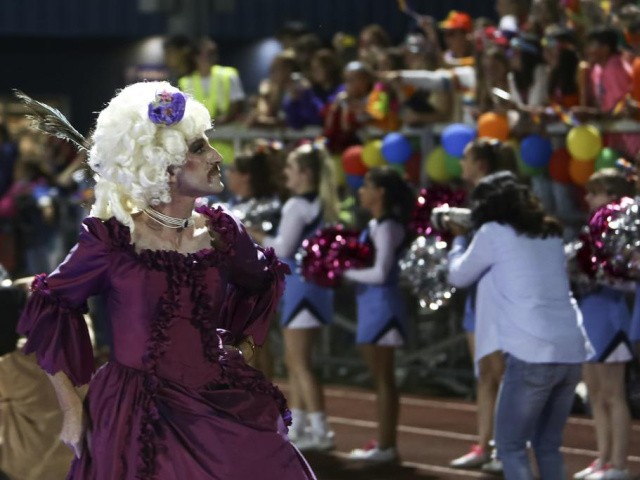 He said he was inspired by Marie Antoinette and Lady Macbeth, the AP reported. “I was just really hoping to give our students – who are both out and the students that were in the stands who are not out – a moment to shine and feel loved, and know that there is a place for them in public schools,” LeValley stated.

The superintendent of the Burlington School District, Tom Flannagan, joined the drag kings and queens wearing a rainbow cape and holding a small rainbow flag, according to Seven Days Vermont.

The AP reported that it was athletic director Quaron Pinckney’s idea to hold the drag show at homecoming.

“Pinckney, who is Black, said that the school gave him the space to ‘uplift my voice’ and that he was able to reciprocate and ‘uplift the voices of another marginalized group and share a space in the athletics realm that doesn’t normally get shared,'” the AP wrote.