The Middle East Media Research Institute has published a translation of an interview from late September in which Child and the Future Cultural Center director Hamid Sadeghi talked about Iran’s new City of Games for Revolutionary Children Park.

The center is an “amusement park” in which children from 8 to 13 years of age pretend they are soldiers fighting all of Iran’s enemies: the Islamic State, Saudi Arabia, Israel, and the United States.

Sadeghi was interviewed by a media outlet called Raja News, which MEMRI describes as “close to Iran’s Islamic Revolutionary Guard Corps.” The way he described the park made it sound more like a carnival exhibit, which ran for a few weeks in September, with an option to extend the engagement if it was popular. He claimed the program, offered free of charge to children in the target age group, “has been in great demand.” 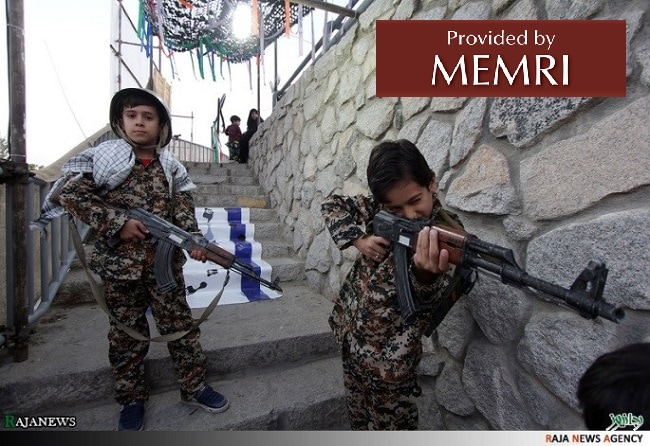 “At the City of Games, we are trying to convey to the children messages about fighting, the Holy Defense and current global issues, through games, amusements, and group activities,” Sadeghi explained.

MEMRI notes that “Holy Defense” refers to the Iran-Iraq War, which lasted for most of the 1980s, and killed up to a million people on both sides.

Sadeghi said the experience began with “cultural experts” teaching some Shiite theology to the children, including the appointment of the Imam Ali as successor to Mohammed and the first “caliph,” which is the key doctrinal difference between Shia and Sunni Islam.

The children, dressed in military uniforms, were then sent through various activities “simulating fighting the enemy” and learning simple combat techniques, such as “firing plastic artillery shells at a simulated enemy, as well as aiming and firing a rifle with plastic bullets at Netanyahu and at U.S. and Israeli flags.”

In other words, Iran’s government taught its children to shoot plastic bullets at an effigy of Israeli Prime Minister Benjamin Netanyahu. In later drills, they threw balls at “effigies of ISIS and the Saudi royal family.”

After swallowing a hefty dose of propaganda about Iran’s glorious victory in the Iran-Iraq War, the children were shown what it is like to fight ISIS in Syria, including the defense of the Shrine of Zaynab mosque, which is located in Damascus and holds the remains of Mohammed’s granddaughter, according to Shiite tradition. This segment of the tour involved kid-sized recreations of fairly realistic military drills, such as crawling through fire zones, penetrating barbed wire fences, and using sandbags for cover. 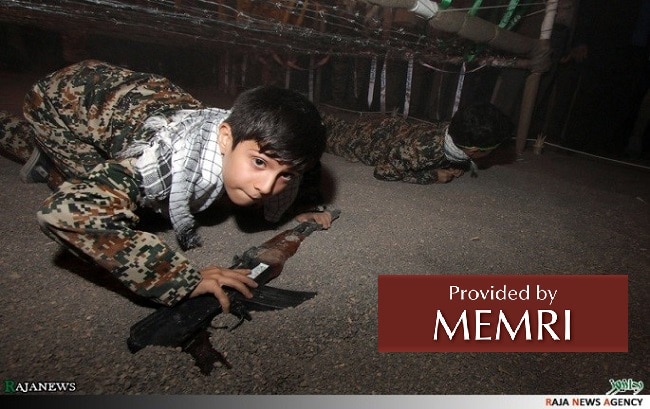 The kids also played a word game that involved “finding bullets, each of which have a single letter written on it,” and using the bullets to spell out words and sentences.

The final exercise was meant to teach children that “the most important elements for attaining victory are wisdom and intelligence for fighting the enemy.” To this end, the children were “blindfolded and asked to throw a ball at an Israeli flag in the form of a puzzle and knock it down, and then to assemble a puzzle of an Iranian flag.”