TEL AVIV – Following the discovery of terror tunnels under two UN-run schools in the Gaza Strip, Israel has appealed to the Security Council to condemn Hamas and do everything in its power to stop the terror group from exploiting its facilities, the Foreign Ministry said Saturday.

“The latest finding verifies once again that Hamas’s cruelty knows no limits, including endangering centers of learning and education, and using children as human shields,” Israel’s Ambassador to the United Nations Danny Danon wrote in a letter of protest to UN Secretary-General Antonio Guterres and the UN Security Council.

The UN announced that the tunnels were discovered by workers of the United Nations Relief and Works Agency for Palestine Refugees in the Near East (UNRWA) on June 1 under two schools in the Maghazi refugee camp in the Gaza Strip near the city of Deir al-Balah.

“It’s clear as day that the entire Arab world has realized that the Hamas terror organization is the one ruining Gaza and destroying Gazans’ chance for a better future,” he wrote in a statement. “Perhaps the time has come for the residents of Gaza to realize this for themselves.”

Danon called on the Security Council to “strongly and unequivocally condemn Hamas and its repeated abuse of civilian infrastructure, and designate this group as a terrorist organization.”

“It is of the utmost importance that the Council ensures that all UN-affiliated agencies, and especially UNRWA, remain neutral and safeguarded from abuse by terrorist organizations.”

UNRWA spokesman Christopher Gunness on Friday said his agency “condemns the existence of such tunnels in the strongest possible terms. It is unacceptable that students and staff are placed at risk in such a way.”

He added that UNRWA will seal the tunnel, which had no exit or entry points in the schools themselves.

Hamas denied building the tunnel and added that UNRWA’s announcement that tunnels had been discovered would be used as ammunition against it by Israel. 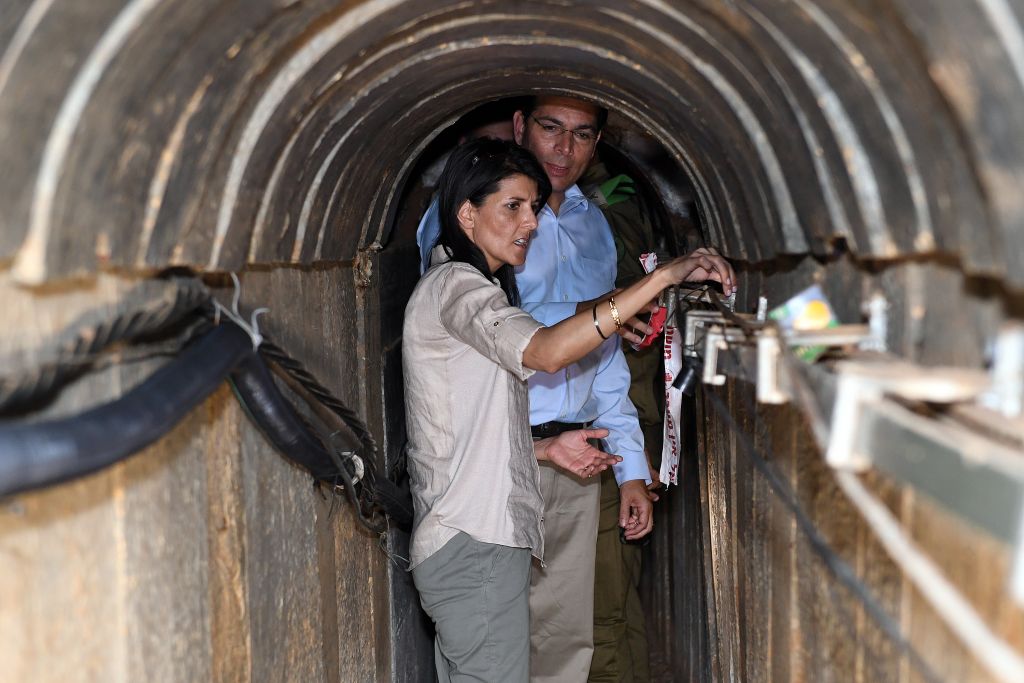 UNRWA has come under fire on many occasions both for spreading anti-Semitic hate in its schools and for employing members of terror organizations and supporters of terror. In February, UN Watch released an 130-page report exposing 40 UNRWA school employees in Gaza and elsewhere who engaged in incitement to terror against Israelis and expressed “anti-Semitism, including by posting Holocaust-denying videos and pictures celebrating Hitler.”

That month the agency also announced the suspension of an UNRWA employee suspected of having been elected a Hamas leader.

The UN itself released a report in 2015 that found Palestinian terror groups used three empty UN-run schools in Gaza as a weapons cache. Moreover, it said that in at least two cases terrorists “probably” fired rockets at Israel from the schools during the 50-day summer conflict in 2014 between Israel and Hamas.