TEL AVIV – The daughter of U.S. Ambassador to Israel David Friedman officially became an Israeli citizen on Tuesday, arriving with 233 North American immigrants to Ben Gurion Airport where she was greeted by her emotional father.

“We’re so proud of our daughter Talia. She always wanted to live in Israel, and she’s realizing her dream,” the ambassador told reporters after his daughter Talia disembarked from the El Al plane chartered by aliyah – Jewish immigration to Israel – organization Nefesh B’Nefesh. “Our whole family is very proud of her. We’re here just to greet her and give her a hug and wish her behatzlaha raba [much success] here in Israel.”

He added: “We just want her to be happy. This is something she always wanted to do. She loves Israel. We all love Israel. Our whole family loves Israel. And this is her dream. We’re very proud of her.”

While Hebrew media reported that that the 23-year-old nurse is set to move to Jerusalem, her father said she “will live here wherever she wants. She’ll make her own decision.”

Talia will in all likelihood continue with her career in her new home, he said. “She will hopefully bring refua [medicine] to people who need it here in Israel.” 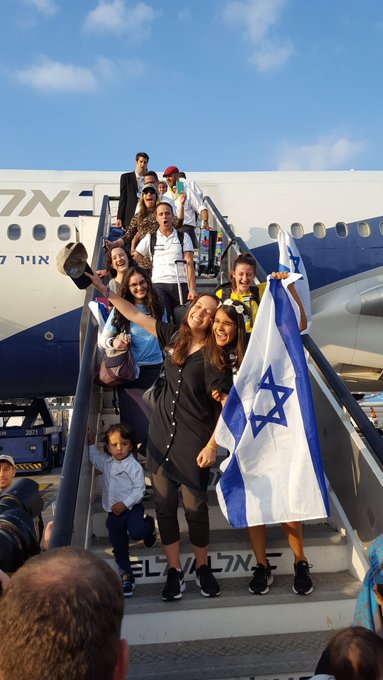 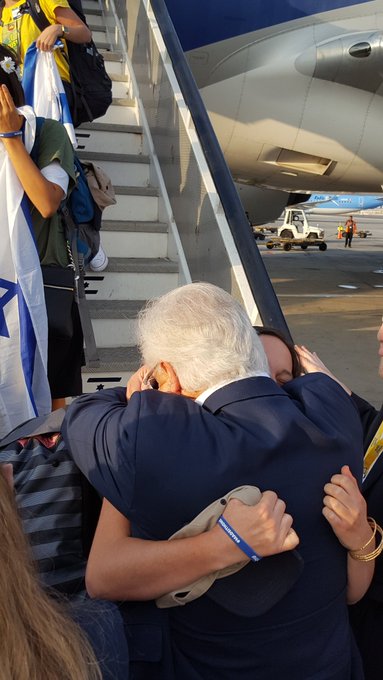 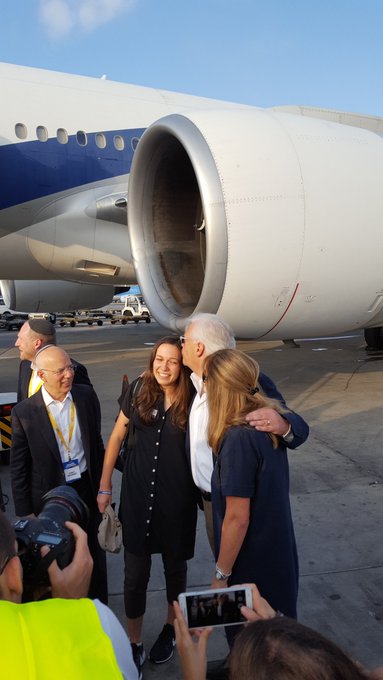 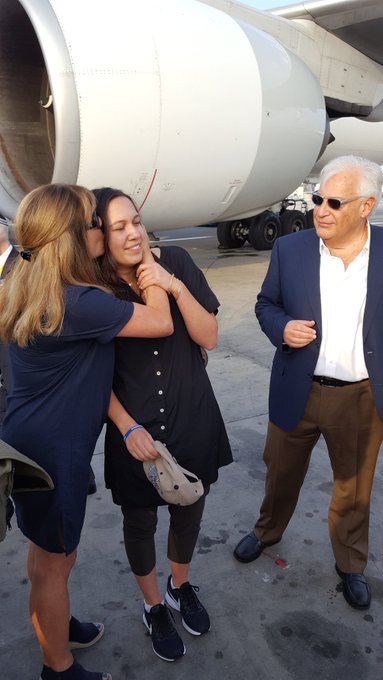 U.S. Ambassador David Friedman greets his daughter Talia as she arrives in Israel as an Israeli citizen on Tuesday morning (Twitter).

“As a father, I celebrate my daughter Talia’s realization of a life-long dream to become part of the State of Israel,” the U.S. envoy told the Times of Israel a day earlier. “Our entire family is bursting with pride at Talia’s vision and determination to help strengthen Medinat Yisrael [the State of Israel] — one of America’s strongest and most important allies.”

“Talia will retain her U.S. citizenship and become part a vibrant group of American Israelis who do much to support both countries. We wish her and her fellow olim (immigrants) tremendous success and inspiration in their respective journey,” he added. 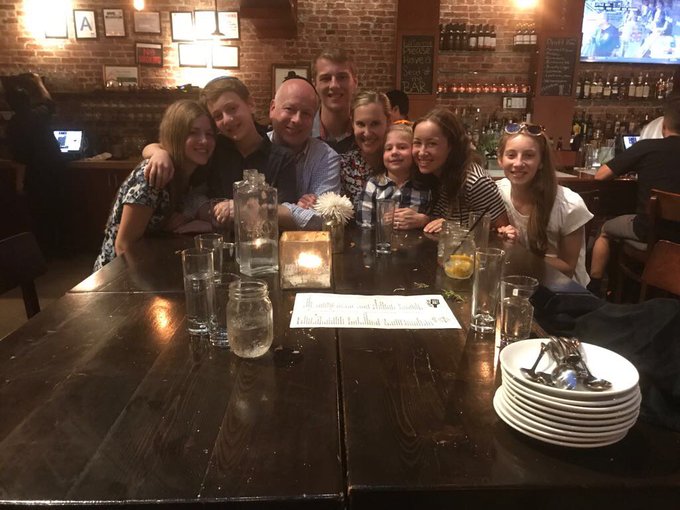 U.S. Special Envoy Jason Greenblatt and his family celebrating a goodbye dinner for his triplets who are headed to Israel next week for a year abroad program (Twitter).
Of the 233 new immigrants joining Talia Friedman on the Nefesh B’Nefesh flight, 70 are headed for the IDF. The group includes representatives from 19 US states and two Canadian provinces, 64 children, six sets of twins, and 26 medical professionals.