TEL AVIV – A children’s alphabet book titled “P is for Palestine” has had women from New York’s Upper East Side up in arms over what they say is nothing more than anti-Semitic propaganda.

The book includes a line that says, “I is for Intifada, Intifada is Arabic for rising up for what is right, if you are a kid or grownup!”

Its author, Golbarg Bashi, a Pace history professor and former Rutgers Iranian-studies instructor, said at a bookreading over the weekend that she “came up with the idea for this book after I couldn’t find a book about Palestine for children.’’ 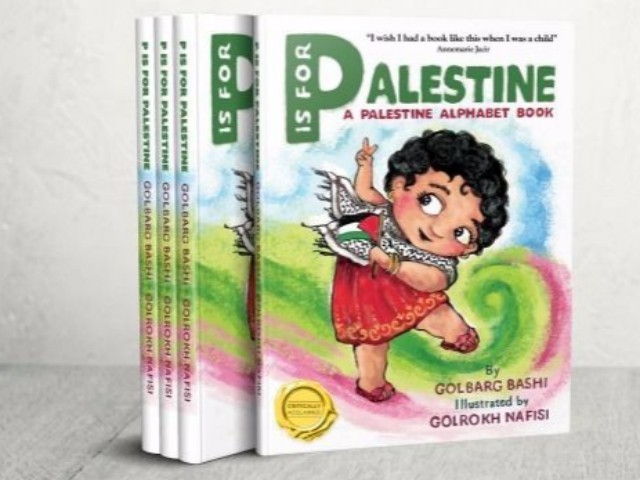 Jewish mothers lashed out at the author after she posted an ad for her book on a Facebook group called “UES Mommas.”

Bryce Gruber-Hermon wrote, “Hey everyone! Let’s talk about one of those intifadas! Real family members of mine were MURDERED. Innocent women who never carried a gun, knife, or anything more than a book. My husband has 2 bullets in his back from those intifadas you’re justifying. If you think these are okay or fair or reasonable or just part of politics, you’re flat out telling me my family deserves to be dead. You’re not that bad of a person, are you?”

Another post reads, “You have gall advertising your incredibly politically insensitive book on this site.

“You must have known you would be igniting a political firestorm by posting that in the hopes of drumming up sales for your ridiculous book. … It’s disgraceful.’’

Another wrote, “A children’s book on Palestine that doesn’t recognize the state of Israel … is very sad.’’

According to the New York Post, at least one Jewish parent supportive of Bashi attended Saturday’s reading at Book Culture on Columbus.

Rafael Shimunov, a member of the Jews for Racial and Economic Justice group, went along with his seven-year-old daughter.

He said he did not find the book anti-Semitic.

“We wanted to be present and make sure that we can be mindful of what anti-Semitism truly is,’’ he told the Post.