A 22-year-old man armed with a machete attacked a priest and several churchgoers after he stormed a Catholic church in the Indonesian city of Yogyakarta.

The priest, identified as Karl Edmund by the Jakarta Post,  was officiating at St Lidwina Church on Sunday when he was struck in the back of the head after several other worshippers were injured before the man decapitated statues of Jesus Christ and the Virgin Mary.

Video shows the young attacker, who is believed to be a university student, assail churchgoers in front of the west door before entering the church. 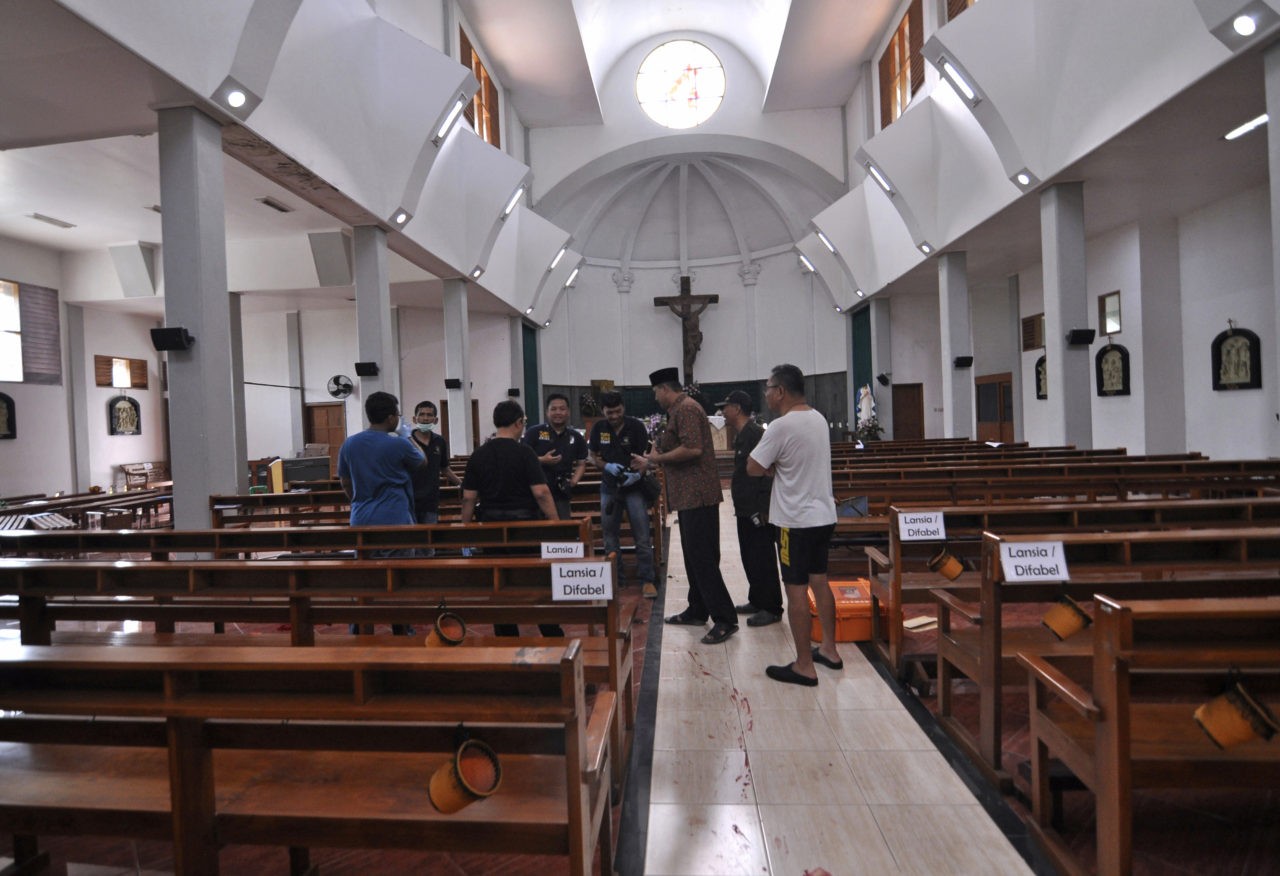 The man allegedly ran toward the choir and attacked pastor Edmund, who was leading the choir. He then slashed the statues of Jesus and Mary near the altar.

A patrolling police officer ran into the church and tried to negotiate with the attacker. Police said the attacker charged at the officer, who shot and injured him.

Churches are a common target for Islamic militants in Indonesia, the world’s most populous Muslim nation.

As Breitbart News reported, Islamic authorities of Singkil in the Aceh province of Indonesia demolished 10 Christian churches deemed illegal under Sharia law in 2016 because of a claimed lack of the proper “building permits.”

Using clubs and hammers, police demolished the wooden structures of the three small churches, called “undung-undung,” as the Christian community looked on. Seven other churches were also demolished in the following days. 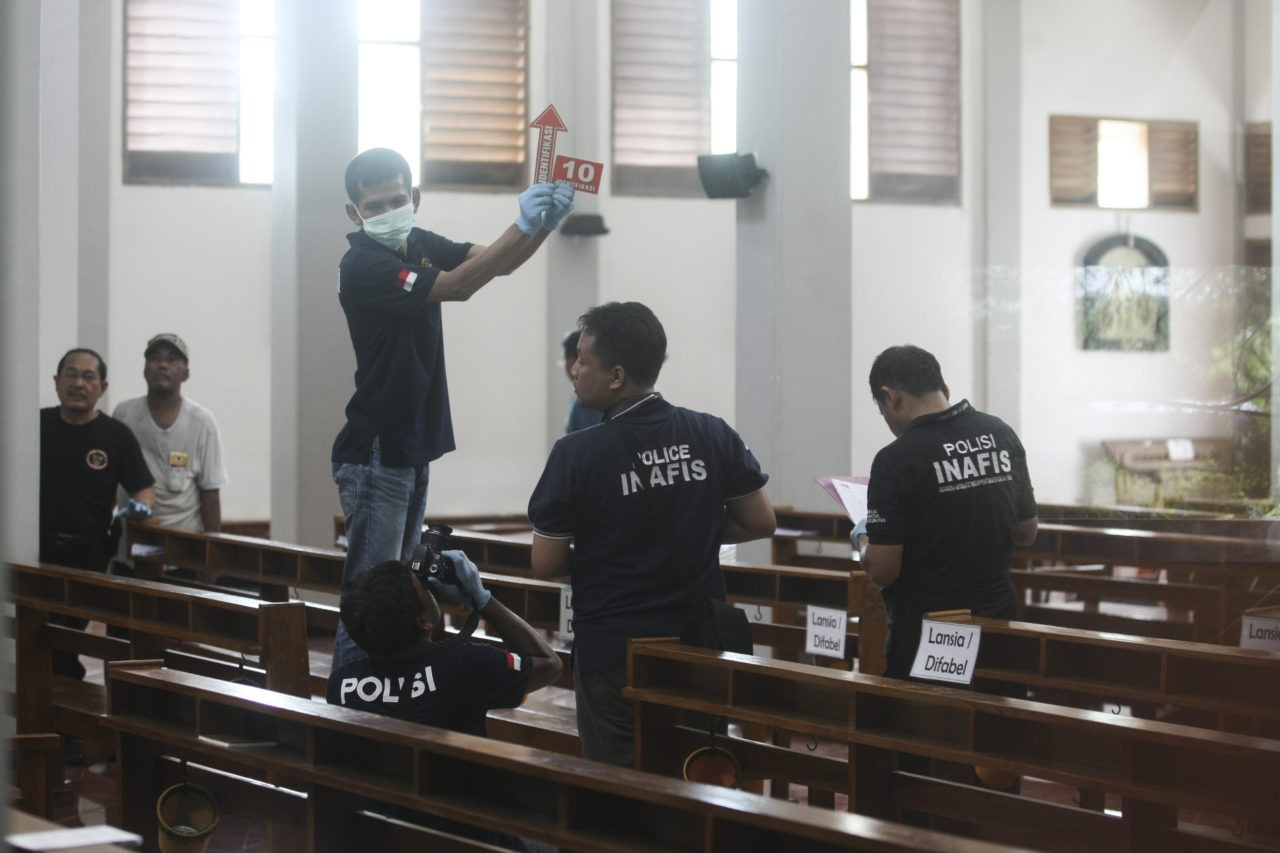 In this image shot through a glass window, police investigators examine the interior of St. Lidwina Church following an attack in Sleman, Yogyakarta province, Indonesia, Sunday, Feb. 11, 2018. Police shot a sword-wielding man who attack the church during a mass, injuring a number of people including a German priest. (AP Photo)

The U.S. Commission on International Religious Freedom (USCIRF) has placed Indonesia on its “Tier 2” list for 2015, a designation for governments that engage in or tolerate serious violations of religious liberty.

Indonesia shares this dubious honor with nine other countries, including Afghanistan, Cuba, India, Russia, and Turkey.