The Times of Israel reports: An Israeli satellite company on Monday revealed the damage caused to at least 13 buildings on an allegedly Iranian-controlled military base in northern Syria by an airstrike the previous day.

Late Sunday night, explosions were reported at two alleged Iranian facilities in northwestern Syria, one near the city of Hama and the other near Aleppo. The immediate effects of the Hama strike — a massive fireball — could be seen from kilometers away and registered a 2.6 on the Richter scale on nearby seismographs. 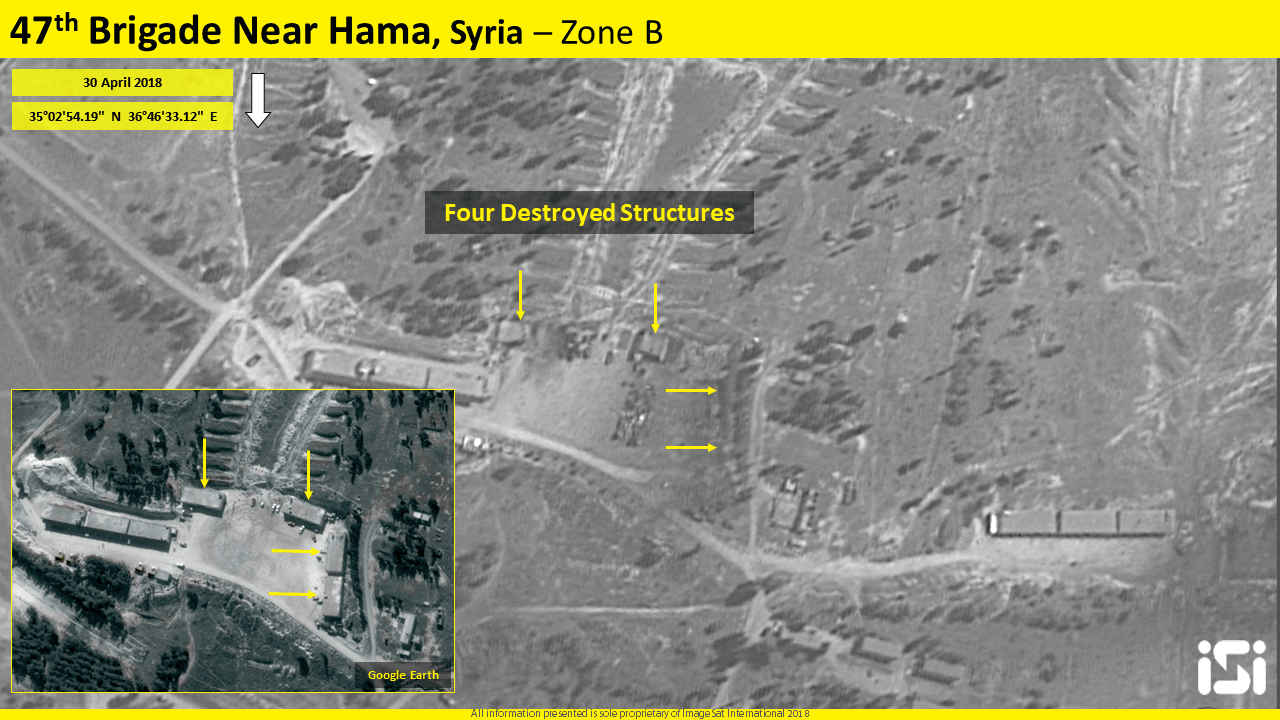 The attack on the weapons depot destroyed some 200 surface-to-surface rockets, a member of the pro-regime coalition told The New York Times.