“This is a disgrace that any publishing company would even dare promote this evil, poor excuse of a human,” Jones told Breitbart News. “Sick liberal hypocrisy for sure.”

Jones posited that Clinton “needs to be standing trial just like Bill Cosby and Harvey Weinstein. Why is he so untouchable?” 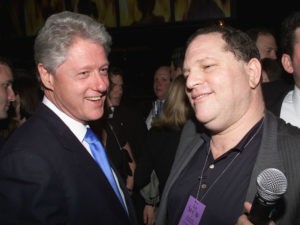 “Nothing about Bill Clinton should be believed,” she added. “He’s a rapist, sexual harasser and narcissist to say the least.”

Earlier this month, Clinton rape accuser Juanita Broaddrick also spoke out about Clinton’s planned book tour, saying it is “absolutely despicable” that in the age of the #MeToo movement, Clinton, whom Broaddrick labeled a “sexual predator,” is scheduling major public events to promote the upcoming book.

“It’s just unbelievable that they would roll out the red carpet for him,” said Broaddrick of the numerous venues planning to host Clinton this summer. Broaddrick was speaking in an exclusive interview on this reporter’s talk radio program “Aaron Klein Investigative Radio,” broadcast on New York’s AM 970 The Answer and NewsTalk 990 AM.

Together with thriller writer James Paterson, Clinton is the co-author of a novel titled The President Is Missing. The former president is slated to appear at the annual BookCon taking place June 2-3 at the Javits Center in New York, and then is reportedly planning to participate in a multi-city book tour being billed as “A Conversation with President Bill Clinton.”

The New York Post reported earlier this month that Clinton has stops scheduled throughout the U.S. and Canada, and in some cases is charging $1,500 per ticket for onstage events.

With women’s issues taking center stage during the 2016 presidential race, Clinton faced renewed scrutiny over the numerous sexual assault accusations against him, including those from Jones and Broaddrick.