(AFP) Israel’s army accused Hamas of firing a rocket that hit a house north of Tel Aviv on Monday, wounding seven people, and announced it was sending reinforcements to the Gaza area.

The military said on Twitter the rocket had been fired from the Rafah area in the southern Gaza Strip.

It announced it was sending two additional brigades to the area around the Hamas-run enclave and was carrying out a limited call up of reservists. 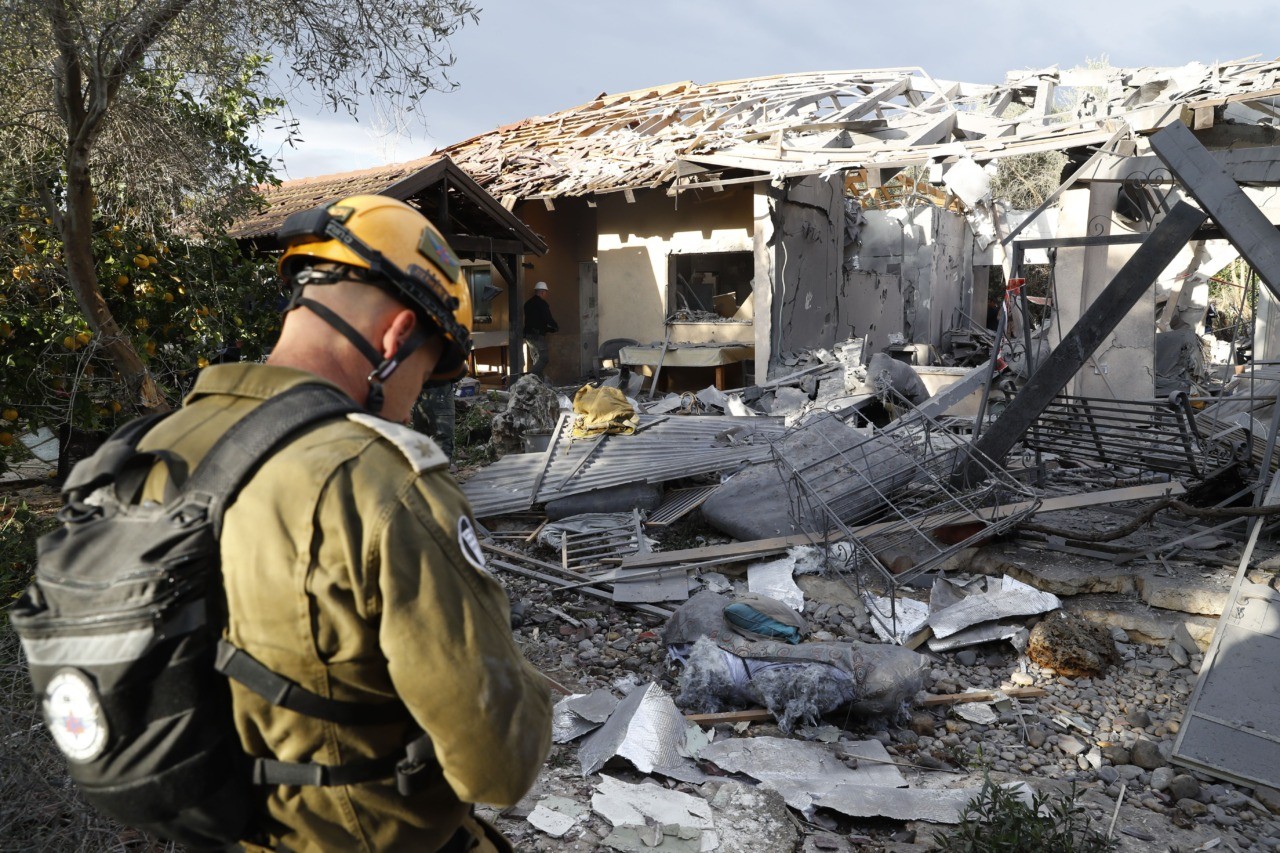 A general view shows an emergency responder inspecting a damaged house after it was hit by a rocket in the village of Mishmeret, north of Tel Aviv on March 25, 2019. – A rocket hit a house in a community north of Tel Aviv and caused it to catch fire on Monday, wounding five Israelis, police and medics said. (JACK GUEZ/AFP/Getty Images)

“The launch was carried out by Hamas from one of its positions in the Rafah area,” Israeli army spokesman Ronen Manelis said.

The rocket would have had to travel some 120 kilometres (75 miles) from Rafah to hit the house in the community of Mishmeret.

It has raised fears of a severe military escalation between the two sides just ahead of April 9 Israeli elections.

Israeli Prime Minister Benjamin Netanyahu announced earlier he was cutting short a trip to the United States and returning home due to the security situation.

“I have decided, due to the security incidents, to cut short my visit to the United States. I will meet President (Donald) Trump in a few hours and just after that I will return to Israel to lead closely the operations,” Netanyahu said in a video released by his office.

Hamas had so far not commented on Israel’s accusations.

Earlier, its ally in Gaza Islamic Jihad said “we warn the Zionist enemy from committing an aggression against the Gaza Strip”.

“Their leaders should be aware that we will respond with force against their aggression,” it said in a statement, without commenting on who may have been responsible for the rocket.