WARSAW, Poland (AP) — The Catholic Church in Poland poured scorn Monday on an anti-Semitic ritual enacted over the Easter holiday that involved an effigy of Judas represented by a stereotypical Jew being hanged, burned and beaten.

Residents, among them children, beat and burned the effigy in Pruchnik, a small town in southeast Poland, on Good Friday. The figure represented Judas, the disciple of Christ who betrayed him according to the New Testament.

“The Catholic Church will never tolerate manifestations of contempt towards members of any nation, including the Jewish people,” Bishop Rafal Markowski, chairman of the church’s Committee for Dialogue with Judaism, said, describing his view as the church’s position.

The statements came after the World Jewish Congress on Sunday expressed its “disgust and outrage.” 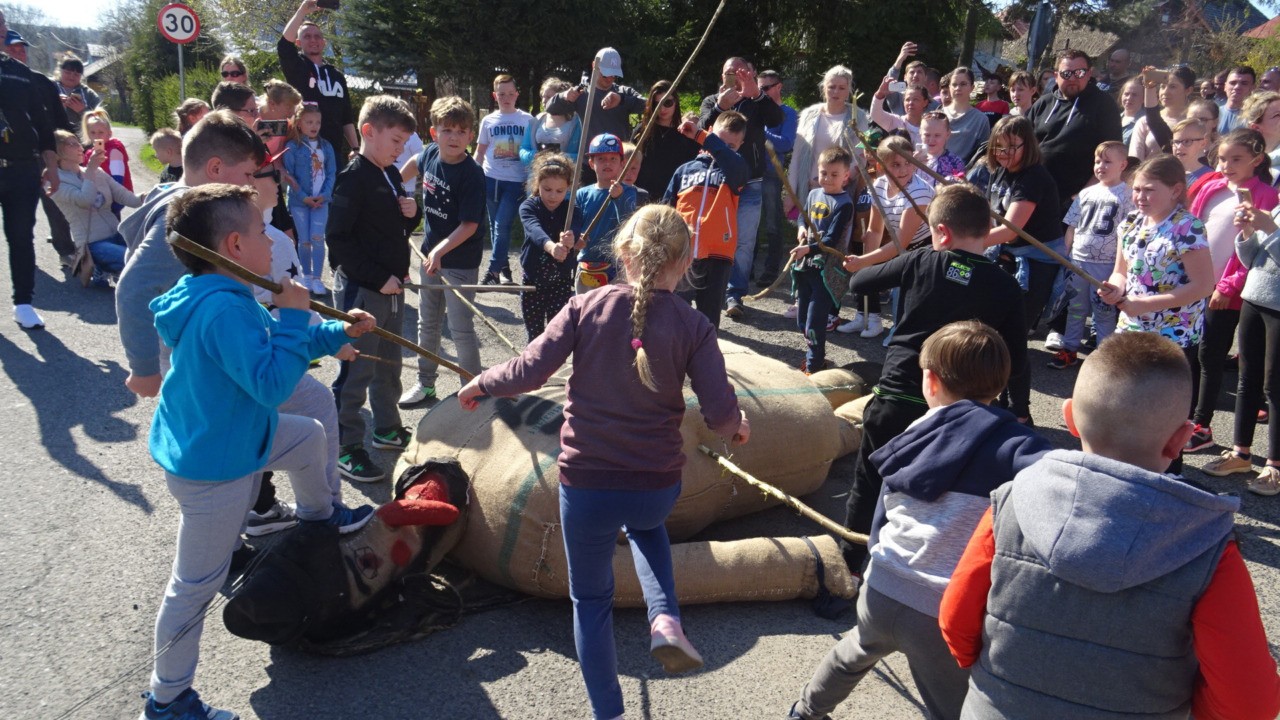 This picture taken on April 19, 2019 shows children using sticks to beat an effigy of Judas on Good Friday, April 19, 2019 in the town of Pruchnik, Poland. – The World Jewish Congress has condemned the Polish town after reports that residents hung and burnt an effigy “made to look like a stereotypical Jew” in a revival of an old Easter tradition. (HUBERT LEWKOWICZ/AFP/Getty Images)

“Jews are deeply disturbed by this ghastly revival of medieval anti-Semitism that led to unimaginable violence and suffering,” Robert Singer, CEO of the New York-based group, said.

Poles also expressed their disgust at the revival of the anti-Semitic ritual. Some posted photos online of the same ritual being carried out before World War II.

For centuries, the Catholic church taught that Jews killed Christ, a position that fomented centuries of hatred and violence against the Jewish communities in Europe. This position was rescinded by the Second Vatican Council’s revolutionary 1965 document on non- Christian religions, ?Nostra Aetate? (In Our Times).

A leading church figure who opposed anti-Semitism in the church was the Polish pope, John Paul II, who considered Jews to be Christians’ “elder brothers” in the faith.

“One can only wonder how John Paul II who taught Catholics in his native Poland and all over the world that anti-Semitism is a sin against God and man would have reacted to this flagrant rejection of his teachings,” Singer said.

The ritual comes after a diplomatic crisis last year between Poland and Israel sparked anti-Jewish sentiment in Poland as well as anti-Polish feeling in Israel.