Prime Minister Benjamin Netanyahu’s son, Yair, slammed the New York Times for printing an anti-Semitic cartoon in the international edition of the newspaper.

The caricature in question depicted Yair’s father, the Israeli prime minister, as a guide dog donning a Star of David necklace while leading an apparently blind, skullcap-wearing President Trump. The offensive cartoon was published during the Passover holiday.

“No one should be surprised by the vile, anti-Semitic cartoon published in New York Times,” the younger Netanyahu told Breitbart News.

Yair charged the Times “has always been an anti-Israel newspaper, and yes, anti-Jewish too.”

He referred, among other things, to the Times’ controversial World War II treatment of reports that Adolph Hitler was methodically murdering the Jews of Europe, with the newspaper at the time infamously relegating the few reports it carried on the Holocaust to the back pages. 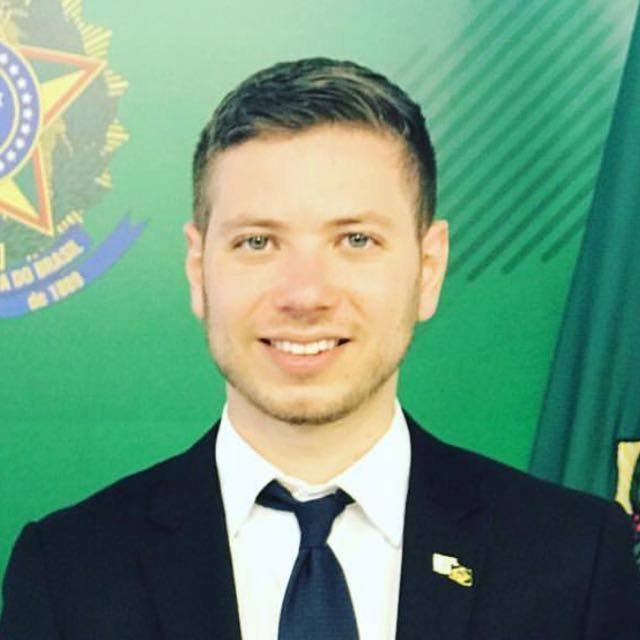 Yair Netanyahu: The Times “has always been an anti-Israel newspaper, and yes, anti-Jewish too.”

“During World War II, the newspaper deliberately hid from the American public news dispatches about the extermination of millions of Jews in Europe,” Yair Netanyahu charged.

Netanyahu pointed out that extensive coverage of Hitler’s atrocities against Jews may have prompted the American public to “demand that the government take steps to help the Jews…actions like bombing the death camps and railways could have saved millions of lives.”

“It’s no surprise that the New York Times so strongly opposes President Trump’s brave decisions to recognize Jerusalem as Israel’s capital and declare the Golan Heights as part of Israel,” Netanyahu added.

Hi @nytimes – you forgot to say "We apologize" https://t.co/5LUsb5Llfk

A political cartoon in the international print edition of The New York Times on Thursday included anti-Semitic tropes, depicting the prime minister of Israel as a guide dog with a Star of David collar leading the president of the United States, shown wearing a skullcap. The image was offensive, and it was an error of judgment to publish it. It was provided by The New York Times News Service and Syndicate, which has since deleted it.

A 2013 documentary, Reporting on the Times, documented the newspaper’s dismal Holocaust coverage during World War II.

One example cited was a July 29, 1942 article about the liquidation of the Warsaw Ghetto, which was only printed on Page 7 and, the Daily Beast noted, “was not even a stand-alone story, instead consisting of a handful of paragraphs nestled next to an ad for Emerson spinet pianos.”

“It was a bad judgment call,” stated former Times reporter Alex Jones. “It was something that mattered as much as anything as far as news judgment, and The New York Times blew it.”

Pulitzer Prize winning Times reporter Max Frankel tackled the issu in an extensive 2001 New York Times piece conceding, “And then there was failure: none greater than the staggering, staining failure of The New York Times to depict Hitler’s methodical extermination of the Jews of Europe as a horror beyond all other horrors in World War II — a Nazi war within the war crying out for illumination.”

The annihilation of six million Jews would not for many years become distinctively known as the Holocaust. But its essence became knowable fast enough, from ominous Nazi threats and undisputed eyewitness reports collected by American correspondents, agents and informants. Indeed, a large number of those reports appeared in The Times. But they were mostly buried inside its gray and stolid pages, never featured, analyzed or rendered truly comprehensible.

Only six times in nearly six years did The Times’s front page mention Jews as Hitler’s unique target for total annihilation. Only once was their fate the subject of a lead editorial. Only twice did their rescue inspire passionate cries in the Sunday magazine.

Although The Times‘s news columns in those years did not offer as much analysis or synthesis as they do today, the paper took great pride in ranking the importance of events each morning and in carefully reviewing the major news of every week and every year. How could it happen that the war on the Jews never qualified for such highlighted attention?